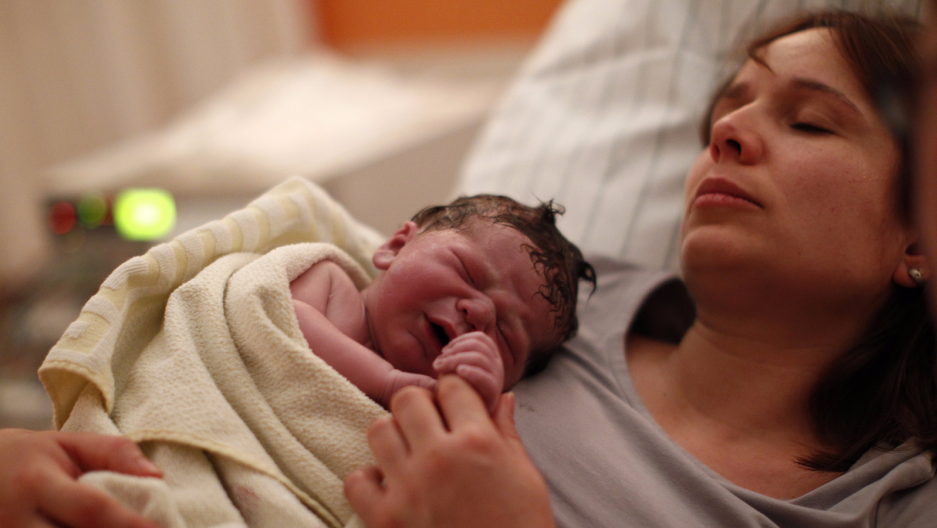 America is at something of a turning point when it comes to issues of gender identity and gender expression.

Though messaging from the White House has become increasingly hostile, transgender Americans are slowly gaining more societal acceptance. Just this week, the commandant of the US Coast Guard said he would not “break faith” with transgender personnel, and would not enforce President Donald Trump’s ban on transgender servicemembers in the military.

But a related, less well-known debate is also reaching a pivotal moment. It involves children born with a congenital condition termed intersex.

Intersex refers to people whose chromosomes, gonads, or genitals don't meet conventional definitions of what it means to be male or female. According to the Intersex Society of North America, roughly 1 in 2,000 children are born intersex, and while it is often not a condition that requires immediate medical attention, doctors are permitted to perform surgery to rearrange the anatomy of intersex children at the request of their parents.

Now, a new report issued last week by Human Rights Watch and interACT, an advocacy group for intersex youth, is asking Congress to ban the practice, which the groups believe "can inflict permanent harm on intersex children." Earlier this year, three former US surgeons general released a statement calling for a stop to surgeries on intersex children.

“Sometimes surgery is viewed as a solution to what is thought to be a social problem of living with a different-looking kind of body,” says Dr. Arlene Baratz, a Pittsburgh-based radiologist, and mother of two intersex adults. “I think a lot of clinicians, and people in society maybe, have the idea that there is a binary idea of gender — that people fit into pink and blue boxes, that their bodies fit into those boxes, that their gender identities fit into those boxes.”

She continues: “When people are born with bodies or sex traits that don’t fit into those boxes, it’s natural to expect that the way they view themselves — their gender identity or the way they want to express themselves — is also going to be nonbinary, or along a continuum, as well.”

However, Dr. Baratz says performing gender surgeries on children before they are old enough to speak often leads to psychological damage later on in life.

Dr. Baratz argues that performing surgeries on intersex children violates their human rights and their autonomy to determine what they want their bodies to look like.

“I believe that in order to give children that autonomy, we need to have a process, rather than some kind of age cutoff,” she says. “A process where we’re educating about their bodies, we’re supporting them to live in society the way they are — we already have this process in place for kids with gender dysphoria, some of whom grow up to be transgender. We don’t do that for families, for children who are intersex.”

In addition to educating families, Dr. Baratz argues that the medical community must be educated, as well. When she started medical school back in the 1980s, her professors said intersex children urgently needed to be “fixed.”

“After you fix it, [we were taught] you should do it when people are younger, and you should make up a story to explain it — you can’t tell them the truth because if the child found out, it was thought that they would commit suicide,” she says.

When Dr. Baratz had her children and learned they were intersex, she was terrified they were on a path towards suicide.

“Eventually, a doctor did direct me to some support, and it was lifesaving,” she says. “After that, I became very involved, and I just decided that I did not want anyone else to go through the loneliness and isolation that I had gone through.”

Parents of intersex children need to know that it’s possible to raise healthy, happy kids with the bodies they were born with, says Dr. Baratz.

“We all love our children, and we all want to do what’s best for them and to solve problems for them that they might have in the future,” she says. “In this situation, this might be something that their children don’t want later on.”