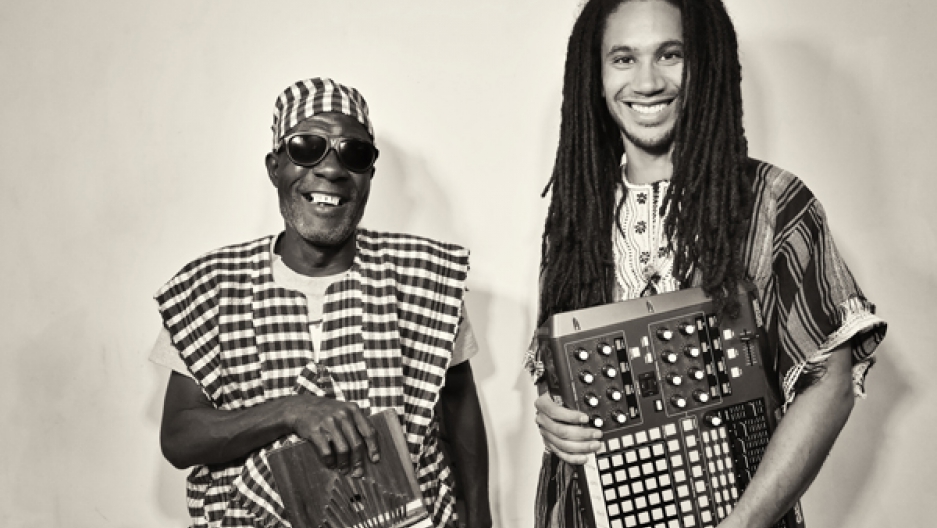 Here's a riddle for you.

There's a man with roots in Sierra Leone, but who was born and raised in the US. If he creates music that has roots in the sounds of Sierra Leone, is it cultural appropriation? And what if a legendary Sierra Leonean roots musician gladly collaborates with him?

The two men I'm referring to are DJ Chief Boima and Sorie Kondi. Chief Boima grew up in Milwaukee. He's a DJ and music producer. Sorie Kondi is from Freetown, Sierra Leone. He's also blind and plays a thumb piano called the kondi. Documentary filmmaker Banker White introduced them. Together, Boima and Kondi are known as the Kondi Band.

It's the younger generation teaming up with an elder statesman. It's electronic, 21st century music meeting acoustic, traditional music. And it works really well!

"When I first started working with the sounds that we recorded, I just laid down a beat. The records are really just him playing ... it's unbelievable how fast his thumbs move," Boima says.

But is it cultural appropriation? Boima doesn't see it that way.

"Culture to me is something very malleable," he says. "And I think a lot of people try to say a certain culture that comes from certain places is this one thing or this other thing. But I know that [in] Freetown, the culture is a mix of all parts of the world — from the Carribbean ... to the diverse ethnicities and nationalities that live there today."

But Boima is still trying to wrestle with the different realities they face on tour. Transportation, for example. Boima says, "Just trying to be aware of those type of issues I think is more important for us right now."