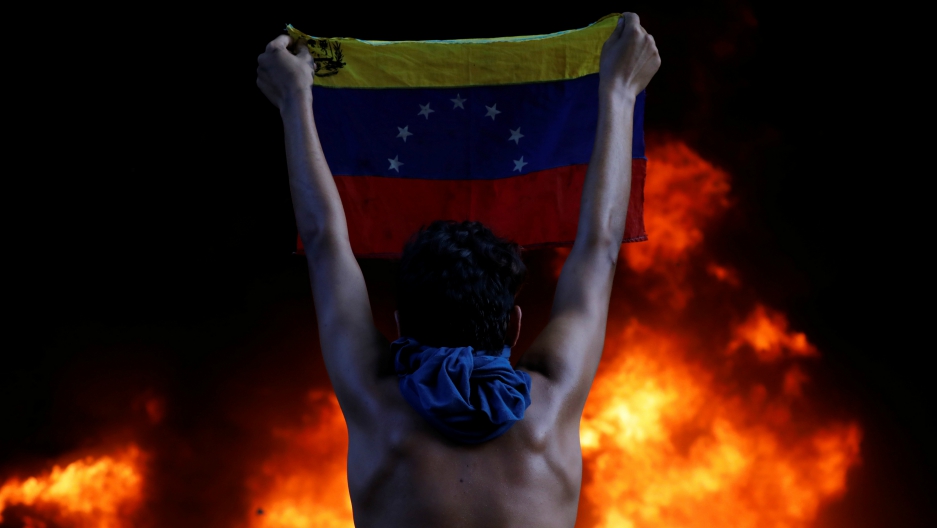 A protester holds a national flag as a bank branch, housed in the Supreme Court of Justice, burns during a rally against Venezuela's President Nicolás Maduro, in Caracas, Venezuela, June 12, 2017.

In cities and towns across the beleaguered country, citizens are lining up to buy basic staples with bricks of near-worthless currency. Thousands of Venezuelans have already fled to neighboring countries such as Brazil and Colombia in search of safer ground. An already fragile nation is on the verge of collapse. Neighboring states are quietly preparing emergency plans, but a much more robust regional response is urgently required.

Political and criminal violence is spreading across Venezuela. The capital, Caracas, is already one of the world's most violent cities, but no one knows for sure how violent since official data is patchy. Daily protests against President Nicolás Maduro have generated more than 110 deaths over the past three months alone. If urgent action is not taken, street violence could escalate into outright civil war.

Venezuela's institutions have been under assault for some time. Maduro's supporters in the Supreme Court tried to dissolve the opposition-led National Assembly earlier this year. In a referendum last week, millions of citizens voted on Maduro's proposed Constituent Assembly, which is expected to rewrite the country's constitution. Despite low voter turn-out, attacks on voting booths, a 48-hour national strike and evidence of vote tampering, Maduro is pushing ahead. 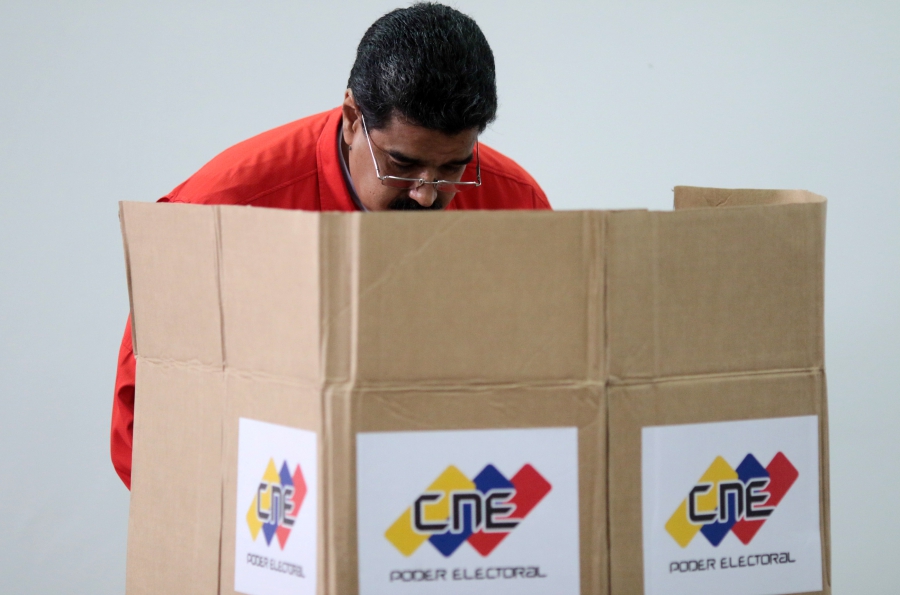 Venezuelan President Nicolás Maduro casts his vote at a polling station during the Constituent Assembly election in Caracas, Venezuela, July 30, 2017.

The Maduro administration is a global pariah. At home, more than 86 percent of the population disapprove of him. At least 65 percent support the ongoing protests and say they will take to the streets in the next three months. Venezuela has jailed more than 430 political opponents in military courts since 2013. Making matters worse, the government is supplying arms to its supporters and vigilante groups. Armed factions are sprouting up across the country, some of them blocking streets, attacking universities and trampling on basic rights. Venezuelans fleeing the country describe the situation as "anarchic.”

Some Latin American governments are openly denouncing the breakdown in Venezuela's democratic order. Colombian President Juan Manuel Santos has declared that he will not recognize a Constituent Assembly, decrying its "illicit origins." Peru also withdrew its ambassador in protest back in March. Other countries are voicing their concern through regional organizations such as the Organization of American States (OAS), the Union of South American Nations (UNASUR) and the Common Market of the South (MERCOSUR), which suspended Venezuela late last year. To be sure, there is less sympathy for Maduro and his brand of Chavismo than in the past.

Given the scale of the crisis, the response from neighboring countries is timid. Back in April, Argentina, Brazil, Mexico and ten other governments demanded a timetable for elections, recognition of the legislature and the freeing of political prisoners. Maduro shrugged off their call. And when half of the OAS membership voted to convene a meeting of foreign ministers on the issue, Maduro threatened to leave the organization. He also recently accused Mexico, Colombia and the US of conspiring to oust him from power.

Meanwhile, the United Nations has adopted a hands-off approach to Venezuela, stressing that solutions to the crisis cannot be imposed from the outside. The truth is that the UN has little energy to deal with Venezuela, distracted as it is by simmering crises in the Middle East and Africa and its own funding shortfalls. Instead, the UN appears to be adopting a posture of strategic patience. A casual glance at the plight of Venezuelan asylum-seekers in Brazil and Colombia reveals that UN High Commissioner for Refugees is woefully unprepared for a mass displacement crisis. 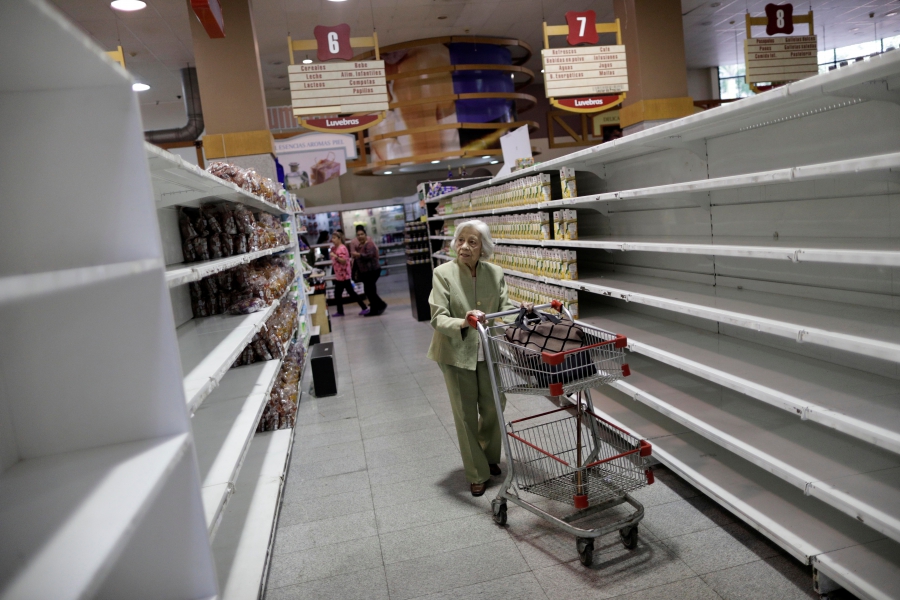 Amid a food shortage, people shop inside a supermarket in Caracas, Venezuela, July 25, 2017.

If Venezuela is to avoid a downward spiral into civil war, neighboring countries and regional institutions must step up. Some tentative steps are being taken. The Ecuadorian government recently called on CELAC and UNASUR to start mediation in Venezuela, but progress has stalled.

Efforts to prevent conflict should not be abandoned and history suggests the region has the tools to manage it.

Countries across the region have considerable experience in preventive diplomacy. Notwithstanding challenges with organized crime, Latin America is among the few nuclear-weapon-free zones on the planet and is one of a handful of regions without an active, full-blown armed conflict.

Countries across the region typically resort to bilateral channels or established multilateral mechanisms to mediate tensions. In 1998, for example, Ecuador signed a treaty to end a longstanding border conflict with Peru and created high-level bilateral offices to implement peaceful integration through trade and development. In 2014, Chile and Peru resolved a maritime border dispute peacefully through the International Court of Justice.

Latin American countries also have experience managing and resolving conflicts that are predominantly internal. Take the case of Colombia’s ongoing experience implementing peace agreements with the FARC and its continued negotiations with the second-largest guerrilla group, the ELN. Brazil, Peru and Guatemala, among others, have created Truth and Reconciliation commissions to promote healing and reconstruction. Mediation and peace-building efforts in Central and South America have persisted in spite of comparatively high levels of criminal violence and political volatility.

A window of opportunity

Venezuela's political and economic crisis will likely intensify in the coming weeks. Some of the world’s most severe and protracted civil wars erupted over situations with far fewer tensions. Given the level of violence and the potentially devastating spill-over effects, inaction is not an option. The costs of political and economic meltdown, and a hemorrhaging refugee crisis, are already being felt across the region. The conflict could rapidly spill over Venezuela’s borders, leading to unpredictable contagion effects. 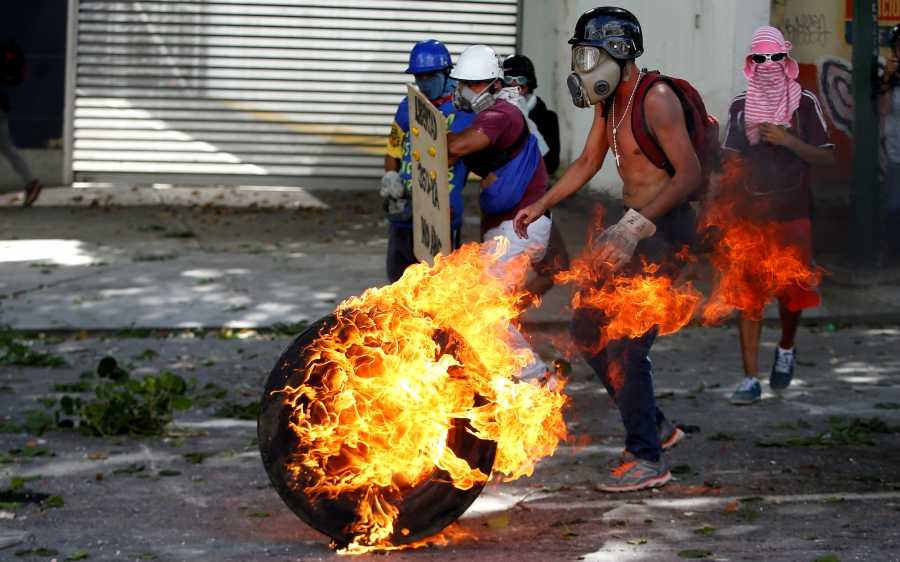 There is, however, a window of opportunity for preventive action that could be led by Venezuelans in concert with regional and international partners. Several Latin American presidents are exploring the creation of an ad hoc "friends of Venezuela" similar to the coalition that helped negotiate an end to the Central American civil wars during the 1980s. Whatever form an initiative takes, the goal must be to restore the country’s democratic process and strengthen its institutions so that they become more inclusive. All of this could lead to a sustaining peace, not only for Venezuela but also for its neighbors.

At a minimum, the government should be pressured to stop arming pro-government groups, especially given its rapidly diminishing control over these groups and their firearms. Next, a high-level mediation team with support from the CELAC, the UN and UNASUR could help defuse immediate tensions and establish a roadmap for a transparent political process, including a transitional agreement that includes the opposition. Guarantor states, which have played a vital role in resolving both internal and inter-state conflicts in the region, could be called upon to help assure the momentum of dialogues. Cuba has played this role with Colombia and has acquired considerable know-how in diffusing tensions and promoting peace talks.

Given prickly relations between Venezuela and its neighbors, building confidence between the parties will be a challenge. It's worth recalling that Venezuela set aside its political differences with Colombia and facilitated negotiations between the Colombian government and guerrilla groups. It may be time for Colombia to step up and reciprocate. As the largest Latin American country, Brazil could — in addition to insisting on a Venezuelan-led, peaceful resolution to the crisis and supporting multilateral efforts to promote dialogue — implement more effective refugee policies, especially along its borders. With the announcement of new sanctions and the labeling of Maduro as a “dictator,” the US is less likely to play a constructive role.

It is not enough for Latin American governments to develop contingency plans to manage the fallout when Venezuela explodes. They must take a more proactive stance. They need to engage now to avoid the crisis from turning into a catastrophe. They would do well to learn the lessons of the past century: A reactive approach to conflict is much more costly in blood and treasure than one that is preventive. In the case of Venezuela, the consequences of inaction will be dear.

Adriana Abdenur is a senior fellow at the Igarapé Institute, where Robert Muggah is research director.