The sixth floor of the old Studebaker factory, about a fifth of a mile in length, in downtown Sound Bend, Indiana. A large cardboard photo shows the way the factory looked in the early 20th century, with almost 30,000 workers building cars at the Studebaker complex.

Go to a minor league baseball game to watch the South Bend, Indiana Cubs play, and you’ll get quite a view. Just across the street, a long six-story building with broken windows looms over the ball field — it’s the old Studebaker factory, which stopped building cars in 1963.

South Bend was once a thriving center of industry, a beacon for early 20th-century European immigrants. But the city, with a population of 101,000, has suffered a 60-year decline. Six years ago, Newsweek listed South Bend as one of the top 10 dying cities in America.

Today, civic leaders are looking to leave their history of manufacturing behind by literally rebuilding it.

“We think about the Big Three now, but we used to have the Big Four. Studebaker was a major, major American auto company, and we were kind of a company town for that,” says South Bend Mayor Pete Buttigieg as he walks through the dark and dusty, cavernous Studebaker factory. Today it's largely abandoned except for construction workers.

“People know about us because of Notre Dame, but the truth is we really grew up around industry. I figure the reason this building is here, it’s the one building that was so big that nobody could afford to blow it up.”

Buttigieg isn’t your typical Rust Belt mayor. He was elected at age 29. He’s openly gay. He graduated Phi Beta Kappa from Harvard, was a Rhodes Scholar, was recently considered as the next chair of the Democratic National Committee, and served with the Navy in Afghanistan in 2014.

“I had to take a leave of absence from the mayor’s office in order to serve,” says Buttigieg. "Indiana law actually specifically contemplates that scenario. There's an 1865 statute, probably from when somebody would've been raising a volunteer regiment, so it gave me the flexibility to put somebody in place to hold down the city while I was deployed."

South Bend Mayor Pete Buttigieg stands on the roof deck of the old Studebaker factory, which is at the center of what is being called the “Renaissance District.”

Under his guidance, community leaders are looking to transform the old Studebaker plant into a center of high-tech innovation. They’re calling it the “Renaissance District.” Shane Fimbel’s company, Global Access Point, is overseeing the construction.

“To the left here, this is what we’re calling the 'International Thought Institute,'” says Fimbel, pointing toward a well-lit space with 45-foot ceilings.

Fimbel imagines luring both high-tech and manufacturing here from across the globe.

“I think the simple message is: South Bend is open for business. We have the infrastructure in place, we have the leadership and the talent here," he says. "And it’s really, how do we take our next material step forward and create the next platform for an innovative city?”

But why would international entrepreneurs or companies choose South Bend over, say, Newton, Iowa or Detroit, Michigan?

“What we have here is a city in the middle of the United States that is just the right scale,” says Buttigieg, who wants to turn South Bend into a laboratory of experimentation. He calls it the “Beta City,” a place that’s small enough to test big ideas.

Another advantage in South Bend: a lot of so-called “dark fiber” — essentially, unused fiber optic cables. Think of dark fiber as open, fast lanes on the highway to carry information. South Bend installed a lot of it. A major corridor travels from New York to Chicago, conveniently, passing right under the old Studebaker factory.

“We sit on one of the richest concentrations of fiber-optic cable thruway in the country,” says Buttigieg. 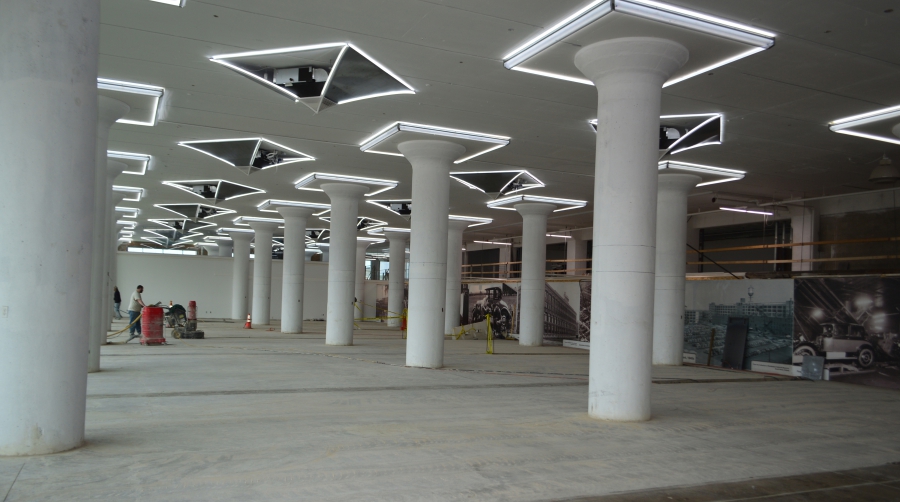 A refurbished part of the old Studebaker campus.

The city has a growing “data analytics” industry as well — the ability to make sense of all that information.

“We think data is the future, we think it’s the oil of our generation,” says Tracy Graham, a South Bend venture capitalist and former Notre Dame football player, who invests in data analytics startups. “Over the last seven to 10 years, we have started to record everything.”

“Every medium-sized city in the Midwest is chasing manufacturing jobs. It’s a global economy, everybody is competing as aggressively as they can,” says economist Dave Swenson at Iowa State University.

Swenson says cities “are going to fight like the dickens to maintain their positions.”

South Bend’s leaders concede that point, but argue that they have another advantage: The University of Notre Dame.

“Everybody knows what Notre Dame in Ireland is, the Fighting Irish and everything else,” says Terry Fox from Ireland, who now runs the company “Cup Print” out of South Bend. They make customizable paper cups, available in small quantities. “Sounds boring, paper cup manufacturing sounds like a boring thing.”

But successful. Fox was recognized as an Ernst & Young entrepreneur of the year in Ireland, which connected him to Notre Dame. He decided to stay in Indiana and is the old Studebaker building’s first tenant.

“I find in South Bend it’s very easy to get things done, you have access to the business community very simply." Fox says a place like Chicago, “it’s just too big.” 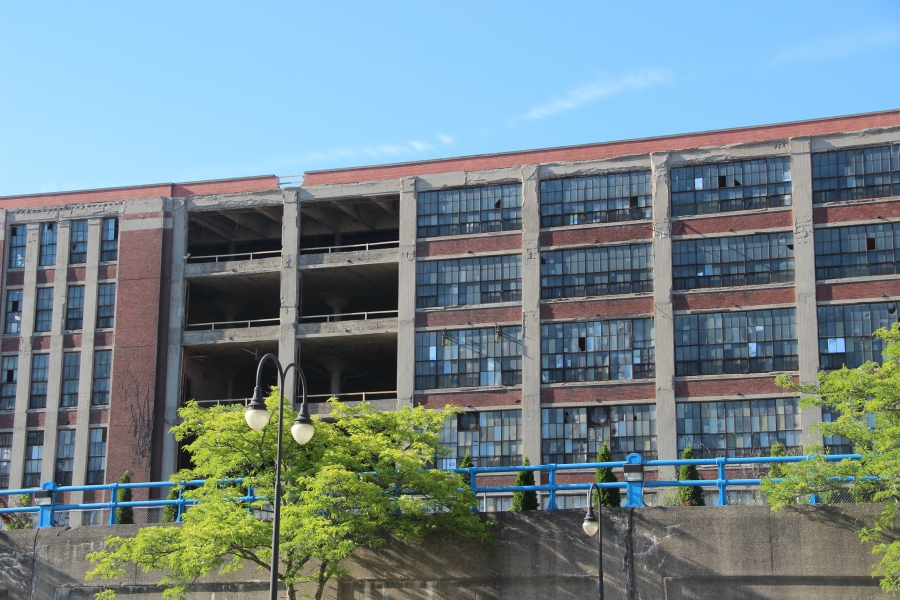 The view of the Studebaker factory that fans at South Bend’s minor league baseball games see.

Notre Dame is also trying to help to re-energize South Bend by getting involved with the region’s economic development. The university spearheaded a campaign that brought the tri-county area $42 million in state funding for quality of life programs. University officials know that to attract the world’s best minds, to truly become one of the world's great universities, South Bend has to be great too. Right now, it’s not exactly a college town. It’s a poor, post-industrial city.

He adds that, increasingly, many professors want their research to go beyond the halls of academia.

“Faculty no longer want to be in ivory tower doing research that doesn’t impact people, they want their research to get out there,” he says.

Affleck-Graves envisions South Bend modeling something like Stanford University in the Bay Area: come up with an idea in the classroom, turn it into a local business. Think Nextlix, YouTube, or Google, which have roots at Stanford. That’s setting a worthy goal for South Bend, but it’s going to take a long time for northern Indiana to catch up to the Silicon Valley. 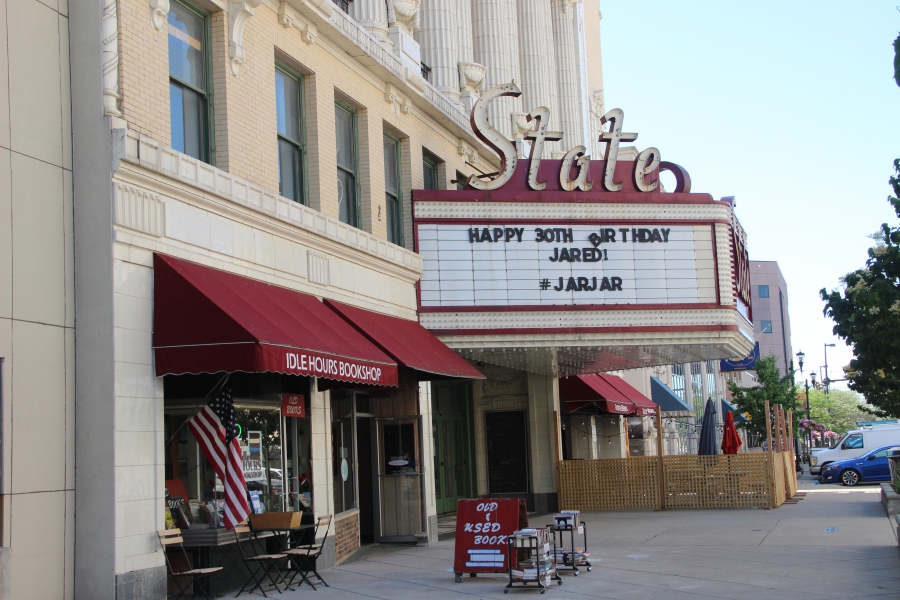 In major cities, entrepreneurs also have access to more opportunities, meaning investors. So just why would a hotshot tech guy from India choose South Bend over Boston, Chicago, or the Silicon Valley?

He said many of the area's business and community leaders are immigrants. “You gotta drag them into town, they’re screaming coming in, and then they don’t want to leave.”

That’s people like Nitesh Chawla, a professor of computer science at the University of Notre Dame, and founder of Aunalytics, a data science, software and solutions company.

Chawla, who is from Mumbai, had a choice of universities and jobs. He’s a big fish in Indiana though. He also liked the spirit in South Bend, such as what they’re trying to accomplish at the old Studebaker building.

“It makes us believe and realize that, yes, South Bend was a center of this innovation and the center of automobile revolution back in the day,” says Chawla. “And on the other side of the coin, it also makes us realize that if you don’t keep innovating, it can all go away.”

Back at the Studebaker factor, Mayor Pete Buttigieg rides an old cage elevator designed to hoist cars and gets off on the sixth floor, a vast, empty space that’s the size of one-and-a-half football fields.

“This was the beating heart of our entire region and then one day in the 1960s, the last car rolled off the line and it was over,” says Buttigieg.

Despite the boosterism, and there’s a lot of it in South Bend, Buttigieg says they’re not naïve. Not all of South Bend’s old factory buildings will be saved. He also knows there won’t be 30,000 people working at the old Studebaker campus. They’re shooting for 3,500 within a decade.

And Buttigieg won’t promise a return to the way things were. But he’s tired of going to ballgames and looking up at broken windows.

“These are kind of our temples, these factories, and the question is: Are they destined to be empty, or are we going to harness the same kind of forces that brought them here and get them to the next level?”