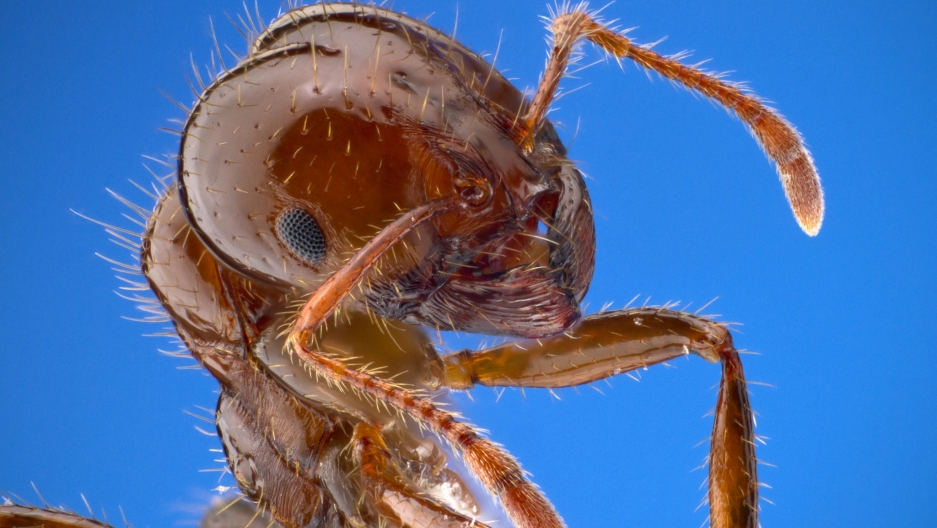 As a child, you probably watched ants tunneling into cracks in a sidewalk or building elaborate, networked colonies in a toy ant farm. But have you ever seen a tower of fire ants?

The swirling structure is formed when fire ants pile together in a shape resembling an upside-down tornado, or the Eiffel Tower. Ant researcher David Hu estimates that for humans, the equivalents of some ant towers would stretch tens of stories high.

“They only do this in an emergency, when they're trying to basically escape some kind of container,” says Hu, a biology and mechanical engineering professor at Georgia Tech. He says the tiny insects also use towers to anchor to vegetation when their native Brazilian wetlands flood.

But how do ants manage to reach such heights without crushing each other? As Hu and his colleagues described recently in the journal Royal Society Open Science, ant towers and the Eiffel Tower actually share similar structural principles: They’re “towers of constant strength,” spreading wider toward their bases to evenly distribute the weight above.

In the study, researchers found that a fire ant in a bell-shaped ant tower ends up supporting the weight of just three other ants. As co-author Craig Tovey elaborated in a news release, “We found that ants can withstand 750 times their body weight without injury, but they seem to be most comfortable supporting three ants on their backs. Any more than three and they’ll simply give up, break their holds and walk away.” 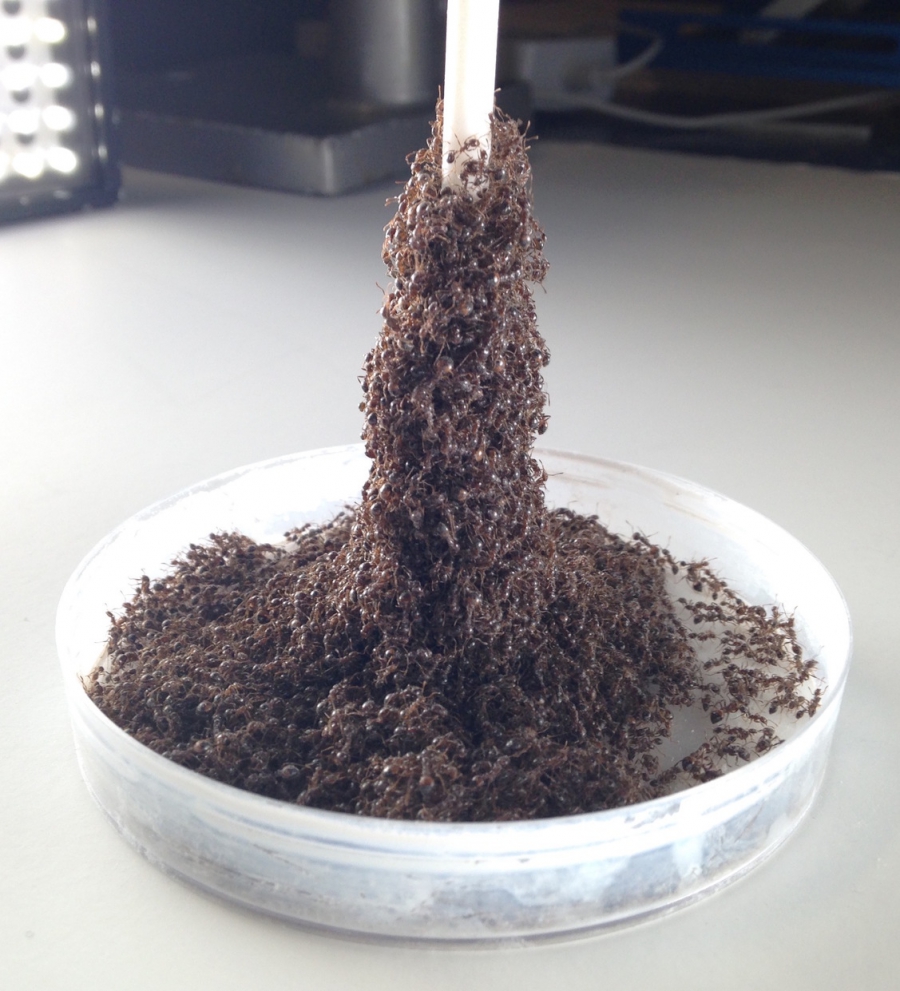 Fire ants forming a tower around a pole.

Georgia Tech, via The Conversation/CC BY-ND 4.0

In a time-lapse video, the writhing ant tower seems more fluid than solid, continually sinking and stretching upward as the ants cycle through it. According to Hu, the ants’ process for building such a tower is trial and error, not engineering. “We haven't seen any kind of coordination,” he says. “For example, I mean, if the ants were cheerleaders, I would want to put the big ones on the bottom.”

Instead, he says, the ants “just have these rules they follow,” and the towers emerge through their interactions. “So they don't know that they're going to build a tower, they don't know how tall it's going to get, and they don't even know if they're ever going to stop.”

In the lab, researchers found the ants prefer building towers along vertical supports like a wall or rod. If a tower begins to grow too heavy in a certain area, Hu says the ants there simply avalanche down the pile and begin again.

“And over a process of just accretion, you get parts of the tower breaking away until what you have left emerges as … this Eiffel Tower shape,” he says, “that allows them to build it to much higher than they would ordinarily be able to build without following the shape rule.”

High enough, even, that the Georgia Tech fire ants have successfully used towers to escape. Hu notes that one Memorial Day weekend, 100,000 ants built a siege tower and scaled the walls of their tall, Teflon-rimmed lab container. After the holiday, a biology professor across the hall found the fugitive fire ants the hard way: They had again formed a tower, this time beneath his desk.

“They're just literally sitting there, guarding their tower. They've got tons of eggs. They've got tons of food. They're really there to settle down,” says Hu, recalling the scene. It ended with a building extermination, although Hu’s notoriety in the department lingers.

Despite all the bother caused by fire ants on the lam, Hu admires their efforts. “I … can't help just rooting for the fire ants because they're doing almost impossible tasks,” he says.

“I mean, you give them three days and they're working 24 hours a day to build this thing.”