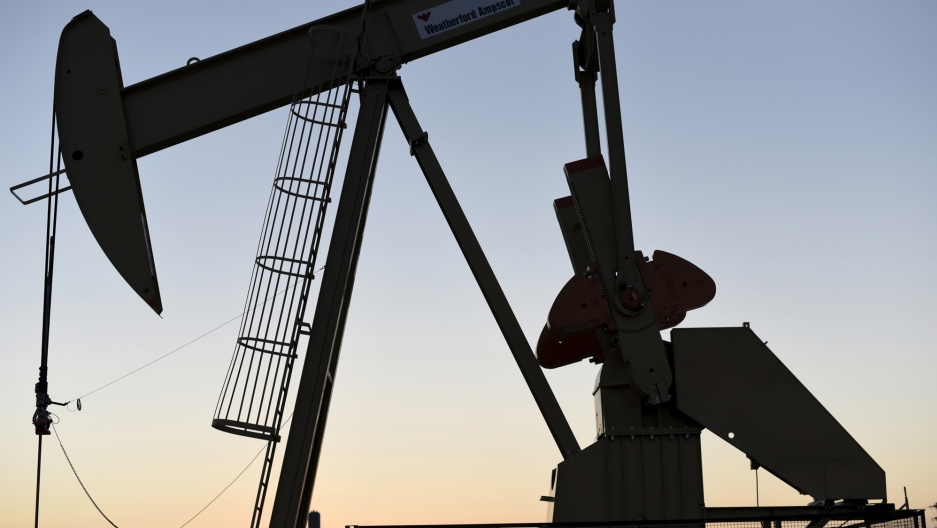 An oil well near Guthrie, Oklahoma.

In a setback to the Trump administration’s push to roll back environmental regulations, the US Court of Appeals for the DC Circuit has ruled that the Environmental Protection Agency can’t suspend rules meant to control leaks of methane and other pollutants from new oil and gas wells.

The oil and gas industry took advantage of having a friend in the Trump administration to press for a suspension of methane rules, says David Doniger, director of the Climate and Clean Air program at the Natural Resources Defense Council.

“[They] came to [Scott] Pruitt, the EPA administrator [and] their longtime buddy from working with him as an attorney general for Oklahoma, and they said, ‘Take this EPA rule away from us,’ and Pruitt issued a stay,” Doniger says.

The companies claimed they had not had a fair opportunity to comment when the methane rule was issued a year ago by the Obama administration, but the Court of Appeals disagreed. In addition, the court said Pruitt did not have the authority to issue a stay of these regulations, Doniger says.

Industry is pushing back, too, against another set of methane rules created by the Bureau of Land Management, which regulates pollution from drilling on public lands.

“Even though the Senate refused to kill this rule, the Bureau of Land Management has decided to stay it, to suspend it indefinitely, while they work on a rule to repeal it — and this is illegal, also,” Doniger says.

Not every company in the oil and gas industry wants to roll back the methane rules, Doniger notes. In fact, “the industry is really split,” he says. “There are a lot of companies that have complied with the rule already, they’ve done their leak detection, they’re fixing leaks when they find them. And then there are others which are resisting, I think out of a sort of cussedness. They don't want the federal EPA telling them what to do.”

When first emitted, methane is around 80 times more powerful than carbon dioxide as a global warming gas. A "surge" of methane emissions threatens to slow down global efforts to reduce greenhouse gas emissions, according to scientific studies.

Unlike some pollution control measures, limiting methane emission is “really simple,” according to Doniger. “It's a matter of using infrared cameras to detect the leaks and then you fix the problems that you find — a leaky valve, a broken seal, something that needs to be tightened up … It’s not requiring any major change in the design of the equipment. Compared to the billions of dollars in revenue from these oil and gas wells, the expense of checking to make sure they don't leak is pretty trivial.”

Doniger believes the EPA is unlikely to appeal the recent ruling, although Pruitt may choose to defer enforcement in some other way. “We’ll hold him into account if he does,” Doniger says.

In fact, the recent ruling suggests that court challenges to other Trump administration attempts to reverse Obama-era rules could succeed, Doniger notes.

“There are many other actions that Pruitt and other cabinet officials have taken to yank rules out of effect with no public process, and those actions are in danger now,” Doniger says. “We’re talking about rules for other air pollutants, for chemical plant safety, for pesticides. The Transportation Department has [also] yanked some rules for carbon accounting in highway planning. The Interior Department is yanking their own methane rules and some others. The Occupational Health and Safety Administration has yanked some worker safety rules.”

“For all of these things, now we may be able to hold the government to account,” Doniger concludes.