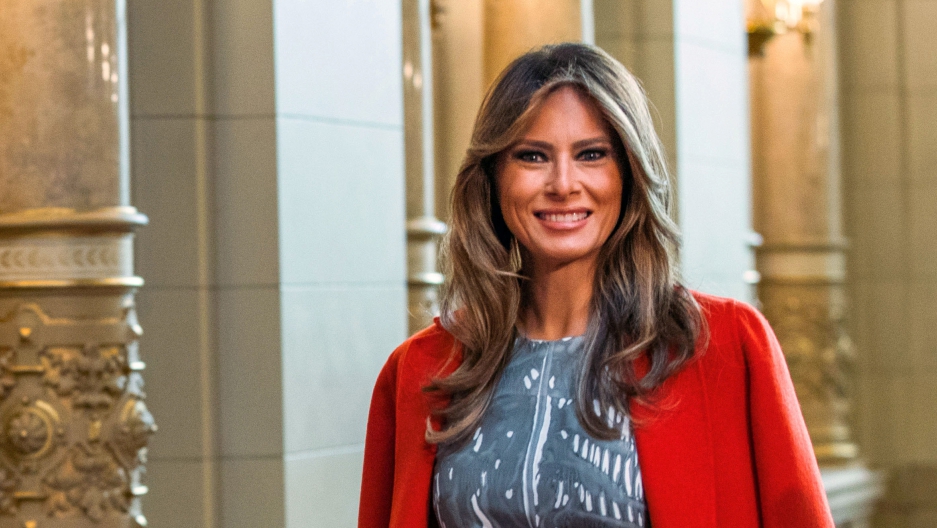 First lady Melania Trump is greeted by Hamburg Mayor Olaf Scholz during a G-20 leaders spouses event at the townhall during the G-20 summit in Hamburg on July 8, 2017.

Many in Slovenia, once Melania Trump’s home country, wonder why the world’s famous Slovenian-American lady never comes to visit, why she is reluctant to speak her native language.

But regardless, her new status has put her country, and her hometown, on the map. 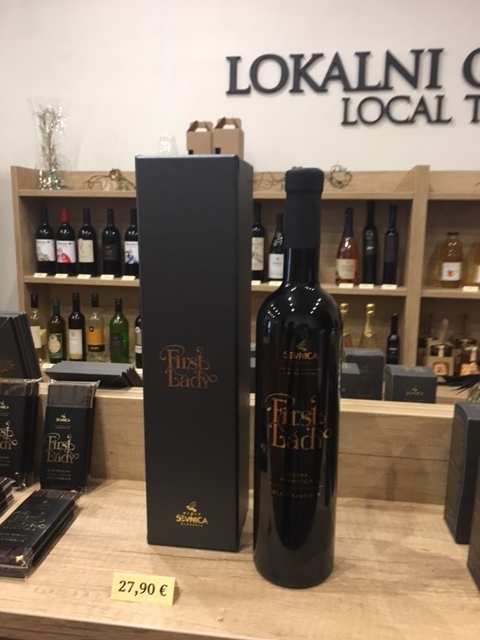 This shop in Sevnica sells a number of items with the name First Lady.

Many people here feel proud of Trump and call her the world’s first lady, asking why she is trying to cut off two decades of her life in their charming country surrounded by the Alps and the Adriatic Sea.

Melanija Knavs, Germanized to Melania Knauss, was born in the small town of Novo Mesto in April 1970. She grew up and went to school in Sevnica, a provincial town with a population of 5,000 on the Sava River. Today, many in Sevnica try to cash in on Trump's growing reputation, with some new businesses bearing the name Melania or First Lady. Tour guides take foreign visitors on eight-hour tours called “Wise First Lady” around the town; others write books about her life.

Trump lived with her mother, Amalija, a factory worker, and her father, Victor, a driver and an entrepreneur. She also had an older sister, Ines. Locals remember that both girls wore unusual, beautiful outfits designed and made by their mother.

Back then, it would have been hard to imagine a book called “Melania Trump: Slovenian Side of the Story," which is on sale in a medieval castle, the main attraction in Sevnica. The author describes life in socialist Sevnica 40 years ago, pointing out that most of the buildings in town were pale gray. 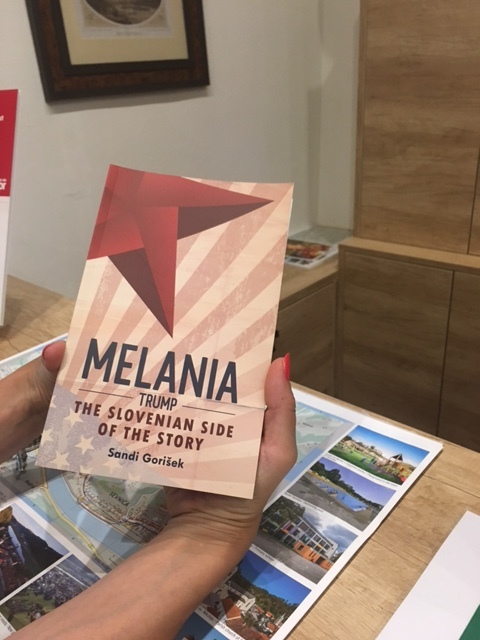 Here’s a book about Melania Trump’s life in Slovenia.

“A minority of people on this side of the Atlantic wanted the election to turn out this way,” author Sandi Gorisek wrote.

Trump's parents were hardworking people, but her life was mostly unremarkable. Today, people wonder if she is happy with a husband who is 25 years older. Many in Slovenia feel proud that Trump's son, Barron, speaks Slovenian, thanks to his grandparents, who spend at least six months a year in the US.

“Her family was never poor, as her father always made money on the side — they were the lower middle class,” Bojan Pozar, a local tabloid journalist, said in a recent interview. “She was a uniquely ambitious girl with lots of mysteries, especially about her life in 1992-1996, when she moved to live abroad. We even cannot figure out all the details about her naturalization process in United States."

Trump obtained her green card in 2001 and five years later became a US citizen. To succeed, Trump decided not to look back at her Slovenian past, Pozar suggested.

In Warsaw earlier this month, Slovenian president Borut Pahor invited President Donald Trump to visit the first lady’s home country. In Slovenia, people hope he and the first lady will see a place that is now on the tourist map.