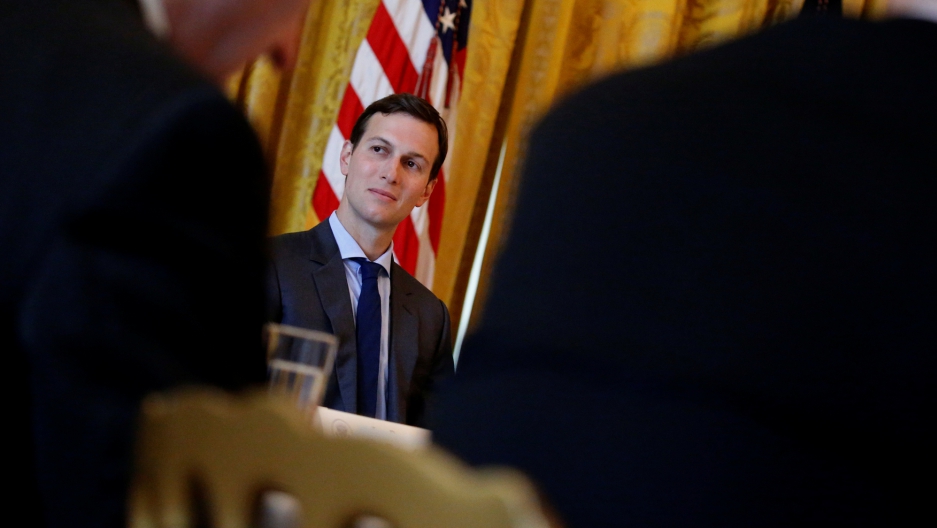 In a statement released hours before he is set to appear before the Senate intelligence committee, Senior White House adviser Jared Kushner described four contacts with Russian officials but denied any collusion to help his father-in-law Donald Trump win the presidency.

Kushner called his contact with Russian Ambassador Sergey Kislyak and other Russian officials normal in his former role as the campaign liaison to foreign governments, the Washington Post reported.

"I did not collude, nor know of anyone else in the campaign who colluded, with any foreign government," Kushner wrote.

"I had no improper contacts. I have not relied on Russian funds to finance my business activities in the private sector," he wrote.

Related: The Trump-Russia investigation — a timeline

Kushner, who is married to Trump's eldest daughter Ivanka, will testify before the Senate intelligence committee on Monday and the House panel on Tuesday.

The 36-year-old billionaire investor, working at his first political position, will be asked about his meetings with Russia's ambassador to Washington, the head of a major Russian bank and a Russian lawyer — the latter meeting along with Trump's son Donald Jr.

Kushner plans to submit the 11-page statement for the record.

Special counsel and former FBI director Robert Mueller is leading an investigation into possible collusion. The House and Senate have organized separate probes.

Sunday, White House communications director Anthony Scaramucci said he hoped the appearances would be "the last time that he has to talk about Russia."