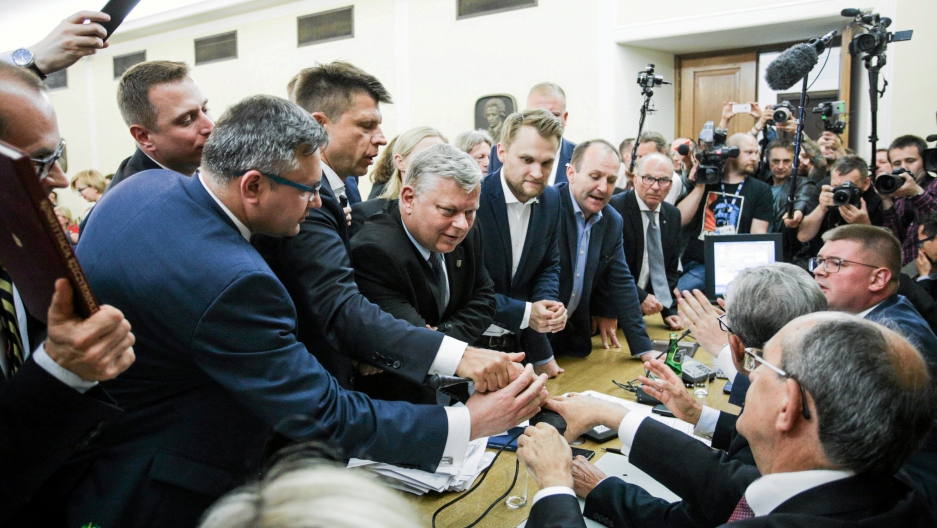 Michal Szczerba of the Civic Platform party holds up a copy of the Polish Constitution as members of the parliament scuffle during the parliamentary Commission on Justice and Human Rights voting on the opposition's amendments to the bill that calls for an overhaul of the Supreme Court in Warsaw, Poland, July 20, 2017.

Poland was once the pinnacle of democracy in central Europe after the collapse of the Soviet Union — home to the Solidarity movement and Lech Walesa. But as the country lurches to the right politically, joining countries like Hungary, it may find its position in the European Union, and as a democratic country, threatened.

Lawmakers in the lower house of parliament, which is controlled by the ruling far-right Law and Justice Party (PiS), have passed a bill that would force 83 of the nation’s top judges to resign and will give the governing party control over who replaces them.

In Poland, the Supreme Court is not only the final court of appeal for all criminal and civil cases, but also the body that rules on the validity of elections — which is exactly what concerns the EU and political opponents.

Christian Davies, who reports for The Guardian in Warsaw, says the proposed laws makes judges dependent on the patronage of the ruling part.

“When the ruling party can choose who can sit on each case ... then, you no longer have proper separation of powers,” says Davies. “That has very worrying implications for human rights and democracy and the rule of law.”

Marta Lempart, a leading activist in Poland, has been planning protests against the PiS-controlled government since it came to power in 2015. And although she says she is proud of the protesters that came to the streets following the announcement of this controversial reform, she is devastated by the passing of this most recent bill.

Donald Tusk, former Polish prime minister and current president of the European Council, issued a statement that echoed Lempart’s words. Tusk wrote that the Law and Justice Party was reversing decades of progress, adding that the latest developments move Poland "backwards and eastwards.” 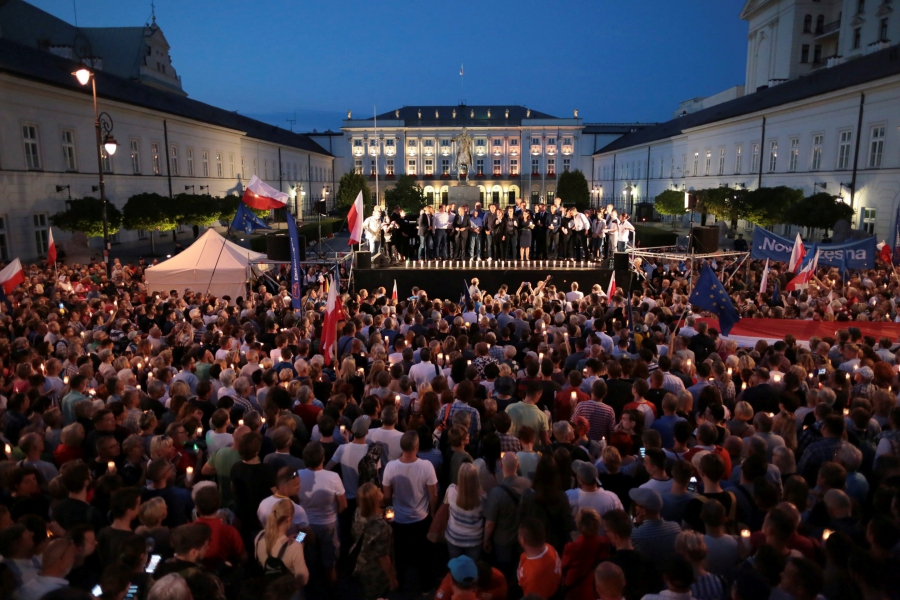 However, many Poles support the current powers and actually say these reforms are a divorce from old communist judicial systems.

Tomasz Sakiewicz, the editor-in-chief of right-wing newspaper Gazeta Polska and a supporter of drastic judicial reforms, says these changes aren’t about controlling the judiciary.

“We want to change it, to reform because it comes from communist times,” he says. “It’s completely broken by corruption — a mafia system.”

Sakiewicz says most Poles think the courts need reform. An opinion poll in May found 63 percent of Polish citizens think the judiciary needs to make some serious changes.

But it may not be as simple as pitching 83 members of the Supreme Court.

“It is very easy to speak in general terms about corruption. You've got to substantiate claims like that,” says Davies. “It’s not satisfactory to push through the course of a week, such radical reforms with no public consultation.”

This week, the European Commission met to discuss the rule of law in Poland. The EU warned Poland that if it passed these laws, the commission would consider triggering Article 7, a never-before-used sanction of an EU member that would result in Poland having its voting rights suspended.

"Recent measures taken by the Polish authorities on the judicial system greatly amplify the threat to the rule of law in Poland," European Commission Vice President Frans Timmermans said on Wednesday. 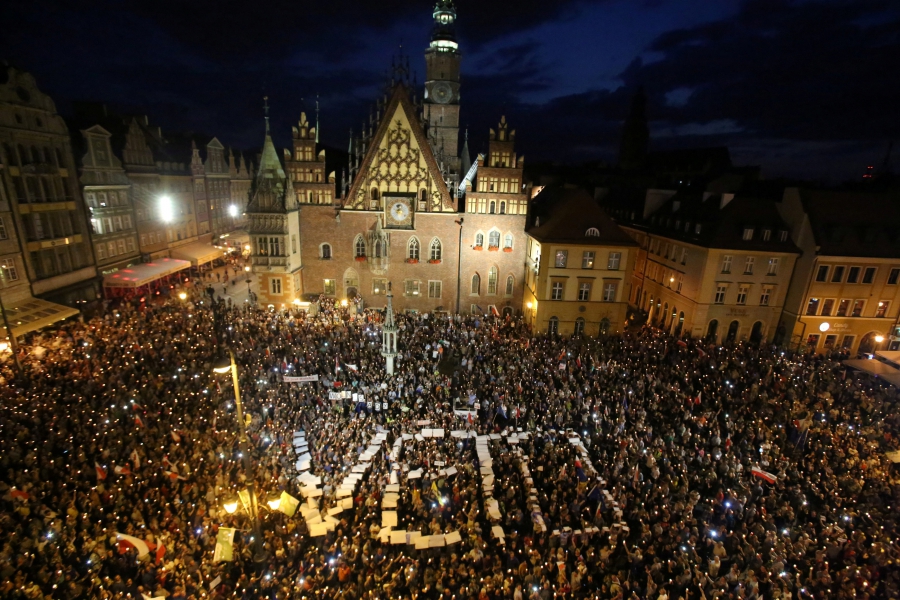 Now that the bill has passed through the lower house of parliament, it is in the hands of PiS-aligned President Andrzej Duda.

“It’s up to the president — if he signs the three acts that destroy the judicial system in Poland,” Lempart says.

Thousands of protesters across the country took to the streets to plead with Duda to veto these bills that would essentially give him the power to influence the highest courts.

Davies says, “I cry hot, salty, tears at the naivete of people who think Andrzej Duda is going to save them from this situation."