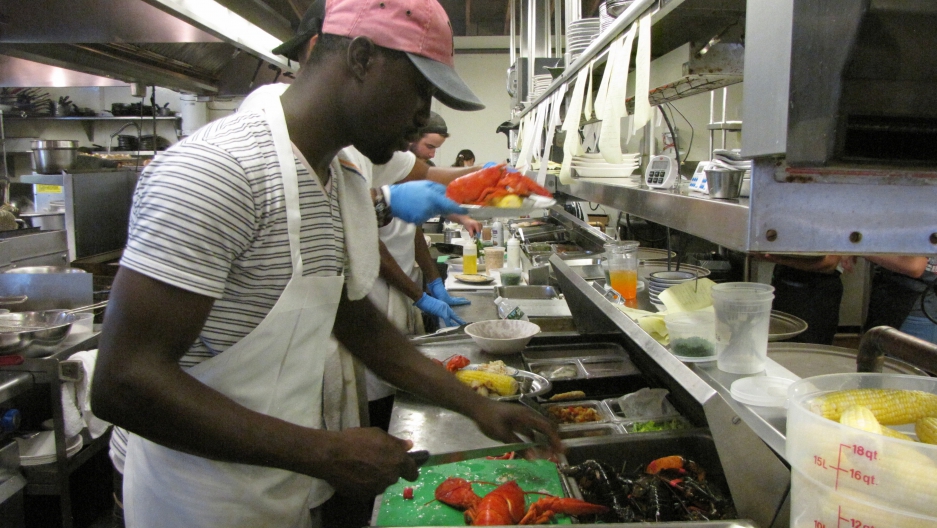 Many of the employees at the Home Port restaurant on Martha's Vineyard are from Jamaica. But this year, the owner couldn't get the visas she needed. So she's short on staff. "We're closing two days a week for dinner. I've never had to do that before."

Business has been booming at the Home Port restaurant in Menemsha Harbor on Martha’s Vineyard. On any given evening, the place is packed, with a long line for seafood takeout. But the restaurant’s co-owner, Sarah Nixon, isn’t celebrating.

“It’s really rough,” she says about operating this season.

Usually, Nixon has a full summer staff that is vetted, experienced and largely from Jamaica. They come on H-2B visas — for seasonal workers in industries like fisheries, landscaping and hospitality. Jamaican workers are among the top H-2B visa holders in the US, and their numbers have grown on the Vineyard, with workers recruiting new hires for their bosses among friends and family back home.

The US government caps the visas at 66,000 a year, but often in the past that cap didn’t apply to returning visa holders. So Nixon’s workers could come back from Jamaica each summer.

Congress failed to renew that exemption last fall, so this year Nixon had to compete for the visas along with everyone else, and they were all snapped up by the time she began hiring for the summer.

“We aren’t opening for lunch at the moment,” she says. “We’re closing two days a week for dinner. I’ve never had to do that before.” The restaurant also started operating for the season four weeks late. 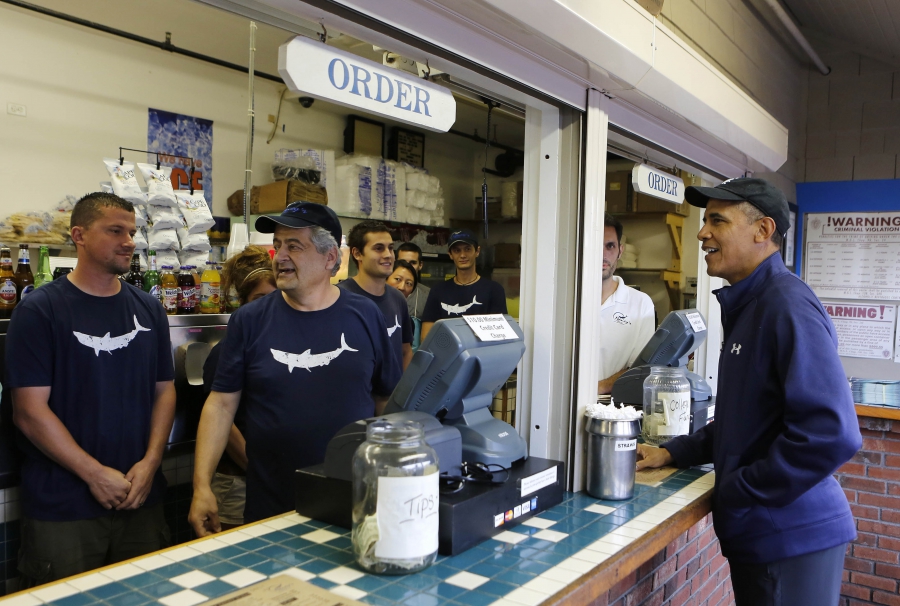 “It’s huge,” Gaffey says, “because all the other employees are working full time as it is, so that’s a big deficit. There’s no people around here that are qualified to fill those positions.”

Instead of hiring replacements, Gaffey says, they’re just stretched really thin, with some workers, including him, putting in 100-hour weeks.

Businesses have lobbied for more visas, but without much progress. This week, the federal government increased the cap for this year by 15,000, which is fewer and later than employers had hoped for. It also requires businesses to show they would suffer “irreparable harm” if they didn’t get the visas.

Meanwhile, critics want the program cut back more. Some say these employers don’t do enough to hire American workers. Others say the visa program is rife with abuses, such as wage theft and forced labor.

“I think generally increasing the number of workers in a program that is this flawed doesn’t make a lot of sense,” says Daniel Costa of the left-leaning Economic Policy Institute. “I think that [the Department of Homeland Security and Department of Labor] should focus on fixing the program, and making sure there are more worker protections in place.”

Some safeguards are in place now. Employers must run job ads in local papers before hiring guest workers, and they have to pay a government-set prevailing wage. But Costa thinks exploitation is still too easy with each worker tethered to the employee that procured their visa.

Business owners here also want reforms — an easing of the cap and consistency from year to year.

Mike McCourt, who owns the three Murdick’s Fudge stores on the island, got all 14 visas he’d sought for this summer, but he worries he might be one of the unlucky ones next year.

His H-2B employees, he says, “know all aspects of the business, so when I open up in the spring, it’s like having a full-time staff, and they just take over and pick up where they left off.”

McCourt says there simply aren’t enough local adults available and willing to do these jobs year after year. Many local businesses hire students but say they sometimes skip work to hit the beach.

Lorna Bennett, a visa holder from Jamaica, works at the fudge shop. She says she’s read that some businesses in the US were forced to close because they couldn’t get H-2B visas — and she can see why.

“For the most part when we come, we work very hard because that’s what we’re here to do,” she says. “We don’t hang around, we don’t sit around. We just work.”

Bennett has worked on the Vineyard for the past three summers, and she often works a second job at a bakery. Many H-2B holders do that — some clocking more than 80 hours a week at peak times.

Because visa-holders often work multiple jobs, Nixon of the Home Port restaurant says, there’s a ripple effect when those visas are in short supply.

“People kept coming up to me and saying, ‘Hey, where’s Junior? He usually comes and works for me in the morning at the fish market at 4 a.m., before he starts with you,’” Nixon says. “‘Where is Marva? She usually comes and cleans my house.’ Well Marva’s not here. She’s in Jamaica, with no job.”

And Junior and Marva won’t be here working on the Vineyard this season, despite this week’s increase in the H-2B visa limit. They can only hope another decision will come out of Washington in the not-too-distant future on whether they can come back next year.