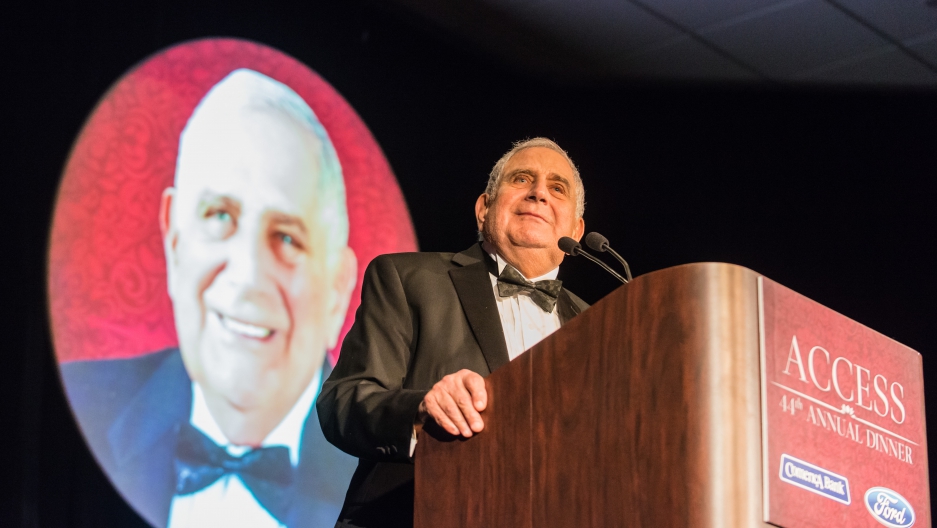 Jack Shaheen, a Lebanese-American academic, challenged stereotypes of Arabs and Middle Easterners in movies and television.

Jack Shaheen, one of the most vocal critics of the way Arabs are portrayed in movies and television, passed away last week.

Shaheen, a Lebanese-American, got interested in the way Hollywood portrays Arabs and Middle Easterners by accident.

It was a Saturday morning in 1974 and his kids were watching cartoons on television.

"His children came to him and said, 'Daddy, Daddy, I saw a bad Arab on TV,'" explains Jack Tchen, who teaches cultural history at New York University. "And he began paying attention to those kinds of representations."

Shaheen spent the next three decades of his life documenting and criticizing the negative way Arabs and Middle Easterners are portrayed in movies and on TV.

Tchen, who also directs the Asian/Pacific/American Institute at NYU, says that, when Shaheen first started, the film industry simply ignored him.

"They accused him of being too sensitive," he says, "[They said] these are just foils. We don't really mean it."

As his kids watched cartoons like "Aladdin," he watched along with them. In a 2006 documentary based on his book called "Reel Bad Arabs: How Hollywood Vilifies a People," Shaheen says he watched more than 1,000 movies.

Tchen helped NYU acquire a collection of movies, tapes and personal notes of Shaheen. He says Shaheen's biggest victory came in 1992, when he managed to convince Disney to change the lyrics to a song in “Aladdin."

Oh, I come from a land, from a faraway place

Where the caravan camels roam

Where they cut off your ear

"How could a producer with a modicum of intelligence, just a modicum of sensitivity, let a song such as that open the film?" asked Shaheen furiously.

Disney changed the lyrics when it released the video.

Slowly, some studios started to take Shaheen seriously. In 1999, he became a consultant for the production of "Three Kings" and in 2005, he consulted George Clooney and his team in "Syriana."

Shaheen wasn't trying to make all depictions of Arabs and Middle Easterners rosy. He just wanted them to be real.

"Once we begin to humanize Arabs and Muslims," he said, "to project them as we project other people — no better, no worse — then the stereotype gradually diminishes."

Shaheen knew this would take time. And so he set up a scholarship for Arab American college students to study media.

One of the recipients, Phoebe Leila Barghouty, sees Shaheen as her hero. She says Shaheen talked about the negative portrayals of Arabs on TV and in movies at a time when no one else was.

"Reading his work even just like as a young college student," she explains, "was like when somebody makes you realize that you're not crazy. That when kids made fun of you it wasn't nice. You're not being overly sensitive."

Lexi Alexander, a filmmaker based in Los Angeles, considers Shaheen a trailblazer too.

"For me he was huge because he gave me a lot of information that I could fight with," she says.

Alexander, who was born to a Palestinian father and German mother, says there is a lot more work to be done. She points to one of Shaheen's last interviews.

"He said this is the worst he has ever seen [things]. So the sad part is that he died looking at his life's work basically not progressing but getting worse."

Now, she adds, it's up to the next generation to pick up where he left off.