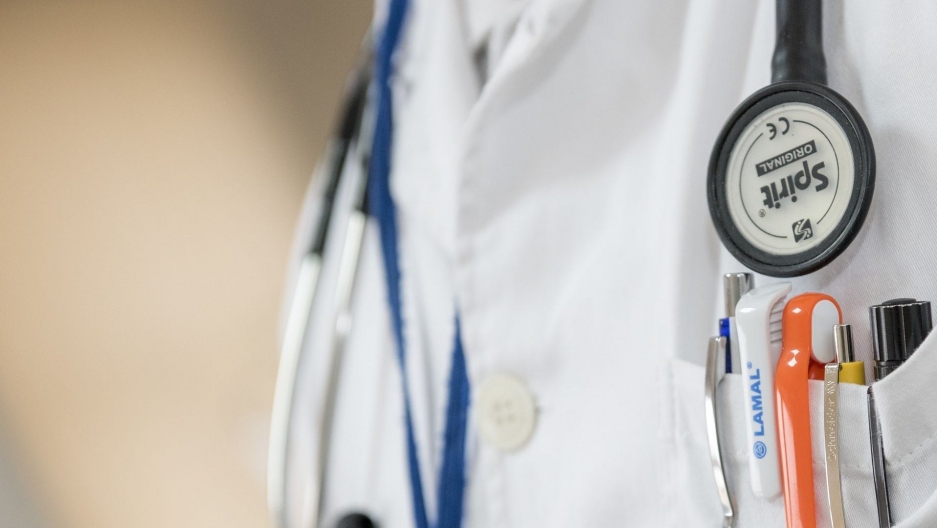 A doctor is pictured here.

In the 1980s, Dr. Vincent Felitti was working in a medical program to help obese patients lose weight. But, weeks into the study, he began to notice that the patients who he had expected to make the most progress were dropping out.

So, he started asking them questions about their past, trying to understand what was going on. Were they overweight as kids? Did their weight change slowly, or suddenly?

During these conversations, he discovered something that many of them had in common: “Nearly every other patient in the program was acknowledging a history of childhood sexual abuse.” Felitti says “Initially, I had great difficulty accepting that. ... You know, I must be doing something wrong. People would know if this were true.”

But they didn’t. Felitti was beginning to make a connection that nobody fully understood: People who experience traumatic events as kids seemed to be more susceptible to disease as adults.

Felitti went on to expand the study, surveying thousands of patients about the painful bits of their past. The survey asked questions about physical abuse, emotional abuse, sexual assault and household dysfunction.

He found that people who had experienced traumatic childhoods had a life expectancy of, on average, nearly 20 years less than someone without those experiences. The link between an adverse childhood experience and major health issues later on in life is staggering, but it begs the question: What can be done?

“I think the most important thing that could happen ... would be to make a transformative change in primary care medical practice so that issues of causality were routinely sought,” Felitti says.

He argues that doctors should ask their patients about histories of abuse, which they don’t typically do when exploring the root cause of, say, cancer or diabetes.

Still, that doesn’t solve the problem.

A version of this story originally ran on the Innovation Hub.