A research team crossing an ice plateau in the Indian Himalayas faced risks of hidden crevasses, storms, avalanches and earthquakes.

You might say Paul Mayewski has been around the block. He’s a climate researcher who’s led more than 50 expeditions to such places as the Antarctic, Greenland, the Himalayas, the Tibetan Plateau, the Andes and more, most recently as the director of the University of Maine’s Climate Change Institute.

Mayewksi and his teams go to these remote places to collect what are called ice cores — long cylinders of ice and snow drilled out of glaciers and ice sheets built up over millennia.

The cores hold glimpses of the Earth’s climates in the past, which help us get a fix on where we’re headed as we change our climate today.

Paul Mayewski of the University of Maine has led more than 50 research expeditions in extreme environments.

But each trip isn’t a quick, in-and-out, grab-your-ice-cores-and-go kind of thing.

“Probably one of our most exciting experiences was being pinned down in over-100 knot winds at the tip of South America at about 6,000 feet elevation in our tents,” Mayewski remembers. “And that lasted for 17 days straight.”

Every few hours, for every one of those 17 days, Mayewski had to leave his tent, shovel it off and re-pitch it, so he wasn’t buried under the snow.

Getting climate data often involves extreme work, and not just in frigid places. There are high-elevation expeditions — “half of the oxygen, if not less than you have at sea level,” Mayewski says. Research cruises can be pummeled by ferocious tempests. In the tropics, there are all manner of risks, including disease.

The list goes on: avalanches, windstorms, earthquakes and more.

There’s an element of adventure in all this to be sure, but researchers need to take great care to navigate these hostile environments safely.

I saw this up close in 2015 when I traveled to Greenland to report on the work of Gordon Hamilton, who was also from the University of Maine. He was studying melting glacial ice, and part of the work involved lowering instruments out of an open helicopter into a freezing fjord 50 feet below. It was no place to have an accident — if we ended up in the water, we’d never make it out alive. So, everyone had to be strapped in. And the pilot had countless hours of experience.

Related: In Greenland, a climate change mystery with clues written in water and stone

“It’s always a challenge to get into these types of locations with a helicopter, and do it safely,” Hamilton told me at the time.

And the risks weren’t just out over the water. They were also on the ice above the fjord. Like flowing ice everywhere, Greenland’s Helheim Glacier was riddled with crevasses — deep fissure in the ice.

The crevasses are beautiful — transforming from white to blue to turquoise — but they can be treacherous when they’re hidden under a thin veneer of snow. And despite the best precautions, accidents do happen. Fifteen months after our trip together, one of them happened to Gordon Hamilton. On an excursion onto a glacier in Antarctica, his snowmobile plunged into a crevasse, and he was killed. 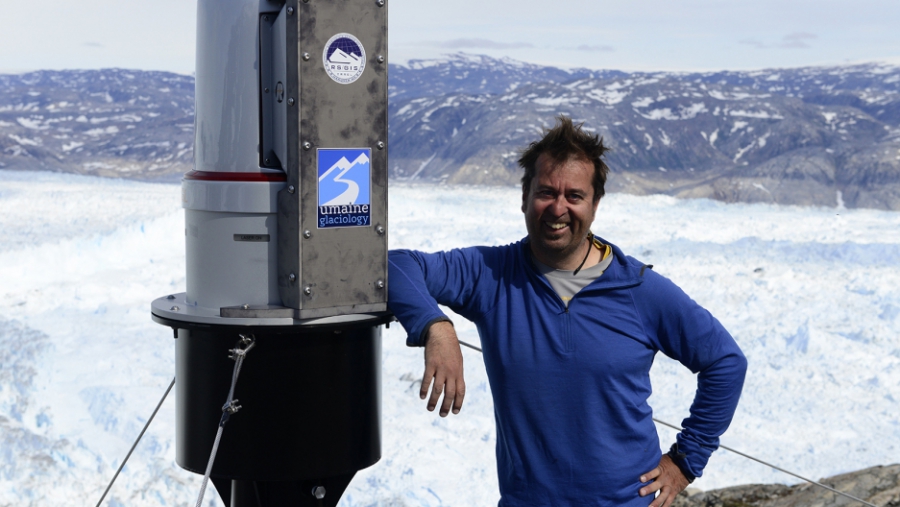 University of Maine researcher Gordon Hamilton is pictured on Greenland's Helheim Glacier in 2015. Hamilton died 15 months later in an accident in Antarctica.

“It was just a terribly unfortunate accident that happened to an extremely experienced person,” Mayewski says.

And he says fatal accidents like Hamilton’s aren’t uncommon — “Sadly, perhaps once every two or three years.”

So why take the risk? Why not use robots or satellites or drones to gather all this data?

Mayewski says there are things that only a human hand can do, and only a human brain can understand and interpret.

“It is absolutely essential for people to be out in the field,” he says. “We have been able to capture environmental records that tell us things you can’t find any other way.”

Still, the National Science Foundation (NSF), which funds polar research programs like the one Hamilton was working on when he died, says it routinely re-evaluates its safety procedures. The NSF recently published a revised policy stressing the importance of being proactive about health and safety.

Researchers camped out in the Transantarctic Mountains, with two snowmobiles and four sleds. To guard against loss of critical supplies, materials were carefully spread among the sleds in case any were lost.

But there’s an ironic twist to this story. It’s possible that fewer climate researchers from the US will be heading out into the field over the next few years, but not because of safety risks. Instead, their work itself may be at risk under the Trump administration. Trump has dismissed concerns over climate change, and his budget proposal for the next fiscal year includes steep cuts to environment and science budgets.

That’s left Mayewski and others anxious about our ability to understand where we’re headed as we warm up the planet.

“It is very disturbing to think the things that scientists do may very well be completely disregarded despite the fact this is our very, very best way to understand what the future will be,” Mayewski says.

But Mayewski says scientists won’t be easily discouraged from trying to get the data they need, even if it means putting themselves at risk to get it. 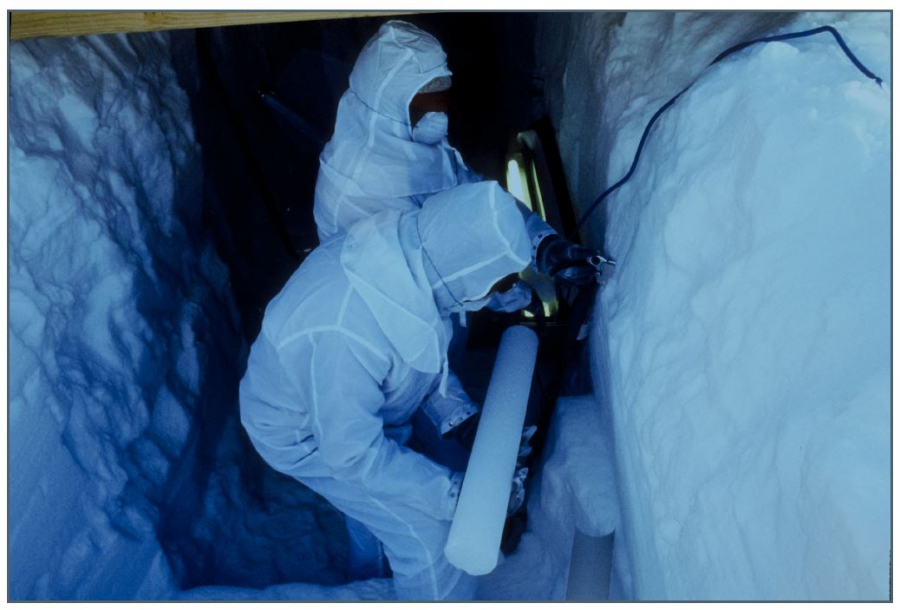 Cold regions climate research often involves gathering ice cores — samples of glacial ice going back thousands of years that can contain detailed records of past climates and other atmospheric conditions. These researchers on Antarctica's Beardmore Glacier wear clean suits to protect against contaminate of the samples.

Courtesy of a University of Maine team member

Ari Daniel's reporting in Greenland was supported by a grant from the Pulitzer Center on Crisis Reporting.