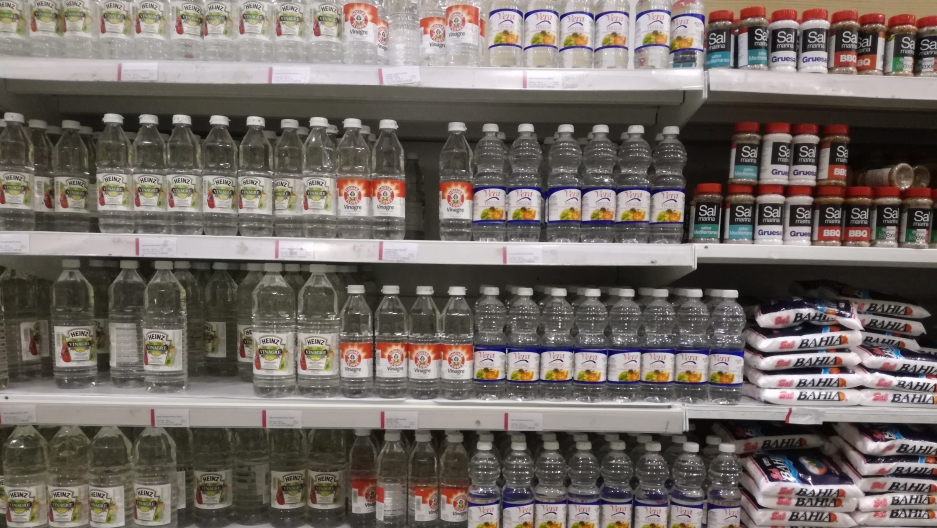 At a supermarket in Caracas, the shelves are stocked with vinegar, salt and sardines and not much else. "There's nothing to eat," says one shopper. "I mean, you're not going to drink vinegar."

Rosalba Diaz pushes her shopping cart through what, at first glance, seems like a well-stocked supermarket in Caracas. But looking closer, she can see that many of the shelves are jammed with bottles of vinegar, boxes of salt and cans of sardines.

“There is nothing to eat. I mean, you're not going to drink a bottle of vinegar,” she says.

Venezuela is in the midst of a humanitarian emergency. After several years of political and economic crises, many Venezuelans are not getting enough to eat. According to the latest Venezuela Living Conditions Survey from 2016, an estimated third of the population is now reduced to eating two or fewer meals a day. And the country’s economic deterioration is increasingly affecting people from all social classes.

Diaz, 66, is an economist at a Caracas consulting firm, but she says her salary cannot keep up with Venezuela’s near 800 percent inflation. Last year, she stopped traveling and eating out. She has shopped at this market for more than 20 years but now, she says, many basic items are missing from the shelves — things like bread, rice, coffee and corn flour. And what is on the shelves is unaffordable.

“Food is so expensive,” Diaz says, as she pushes her cart. “I can’t buy heavy cream. I can’t even buy cereal or fruit.”

She checks out the onions, which cost 4,000 bolivars a kilo (about 50 cents at the black market exchange rate). That’s twice as much as last week, so Diaz says she’s only buying two.

For many Venezuelans, life has become incredibly hard since the start of the economic crisis in 2014. Economists point the finger at government-imposed price controls, while President Nicolás Maduro says greedy merchants hoarding goods are to blame.

Diaz says when a basic staple like corn flour becomes available, you have to wait in line for hours. “Sometimes when you get to the front of the line, there is nothing left,” she says. “It’s humiliating.”

So Diaz also buys food from resellers on the black market where she says she has to pay triple the official price. She’s spending more on food these days, but she’s eating less. 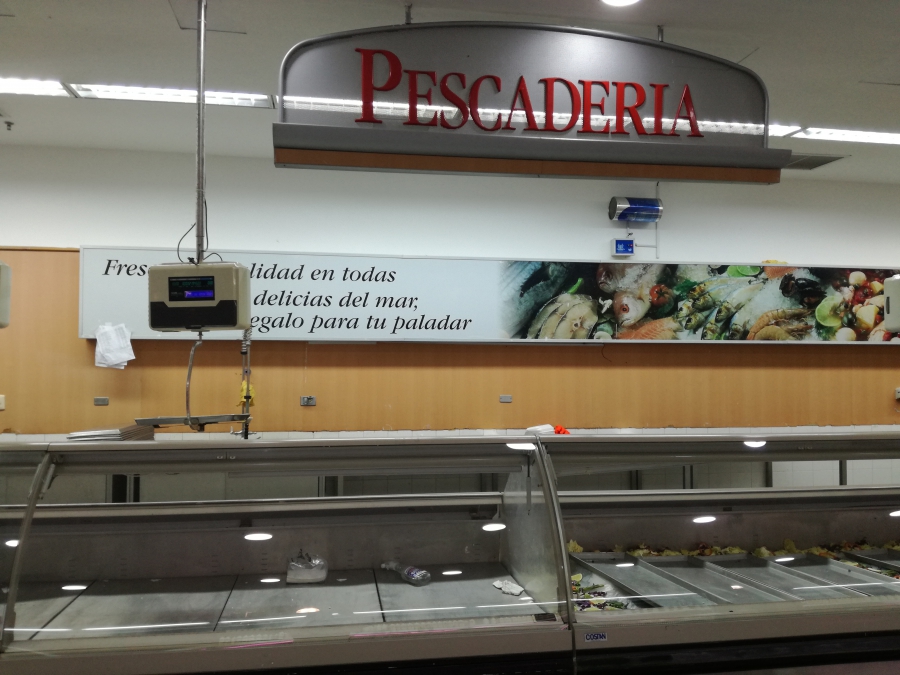 The supermarket in Rosalba Diaz's Caracas neighborhood doesn't stock fresh fish anymore. And even if it did, she says she wouldn't be able to afford it.

When asked what she misses the most, Diaz immediately says fresh fish, like salmon. “I can’t buy that anymore,” she says.

Even if she could afford it, it’s rarely available. Diaz points to an empty cooler in the market, where they used to stock all kinds of fish.

As Diaz makes her way through the aisles, she picks up items, checks the price and puts them down again.

“I love this cereal, but it costs way too much,” she says with frustration. She considers buying a can of tuna, but after some deliberation puts it back.

“I am accustomed to depriving myself of things,” she says.

At the register, Diaz waits anxiously while the cashier rings her up. The bill comes to the equivalent of about $5. Diaz, the economist, notes that it amounts to almost half of what some people in Venezuela earn in a month.

After an hour of careful shopping, Diaz ends up buying only five items — a carton of eggs, two onions, two tomatoes, milk and jam — just enough to fill one shelf in her small fridge.