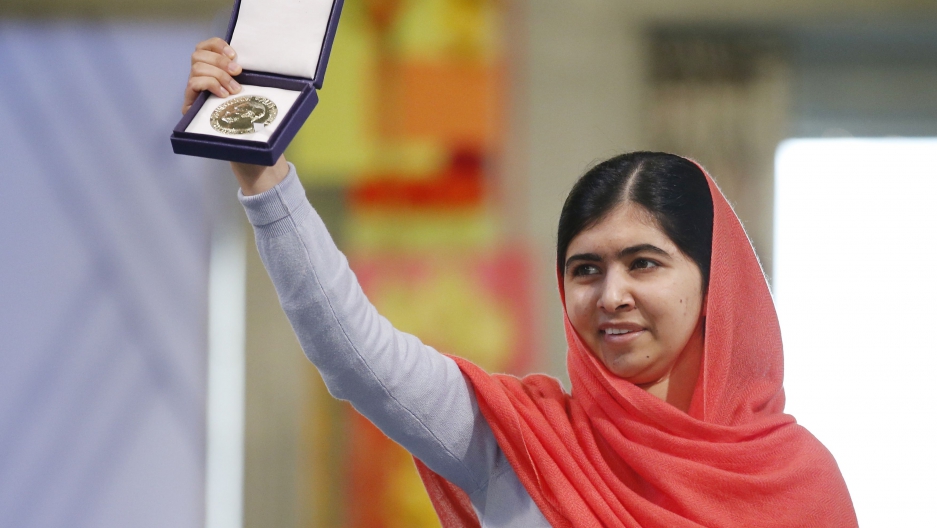 Nobel Peace Prize laureate Malala Yousafzai on Monday called for a "state of emergency for education" in Nigeria, as she visited the country and met some of the Chibok schoolgirls whose cause she championed.

The 20-year-old global education campaigner made the suggestion at a meeting with acting President Yemi Osinbajo at the presidential villa in Abuja.

Nigeria has some 10.5 million children out of school — the most in the world — and 60 percent of them are girls, according to the UN children's fund, UNICEF.

Many of them are in the country's northeast, where the Boko Haram insurgency has devastated education in the last nine years, damaging or destroying classrooms and schools.

Yousafzai, who was shot and nearly killed by the Taliban in her native Pakistan in 2012 for insisting girls should go to school, told reporters: "I highlighted a few issues.

"The first was to ask the government to declare a state of emergency for education because the education of the Nigerian girls and boys is really important.

"The federal government, state government and local government should all be united for this. Secondly, the spending should be made public and thirdly, the Child Rights Act should be implemented in all states."

Yousafzai said there was a "positive response" to the suggestion from Osinbajo, who has been standing in for President Muhammadu Buhari since he left on open-ended medical leave in early May.

The most high-profile symbols of the attack on girls' education are the more than 200 students who were abducted by Boko Haram Islamists from their school in the remote town of Chibok in April 2014.

Yousafzai, who was awarded the Nobel Peace Prize in 2014, joined politicians, celebrities and campaigners from around the world to support the online #BringBackOurGirls movement to demand their release.

On a previous visit to Nigeria in July 2014, she urged the then-President Goodluck Jonathan to meet the girls' parents.

On the first anniversary, she called the missing girls "my brave sisters" and wrote in an open letter that she could not wait to meet and hug them. "You are my heroes," she said.

A total of 106 of the kidnapped girls have been released, rescued or escaped after more than three years in captivity, while 113 are still being held.

Yousafzai said she was "very happy" to see some of the girls, who are staying at a government-run facility in Abuja.

"I'm really excited to see them going back to their homes and to their families and continuing their education," she added.

"But I hope the other girls who are still under abduction of Boko Haram are released."