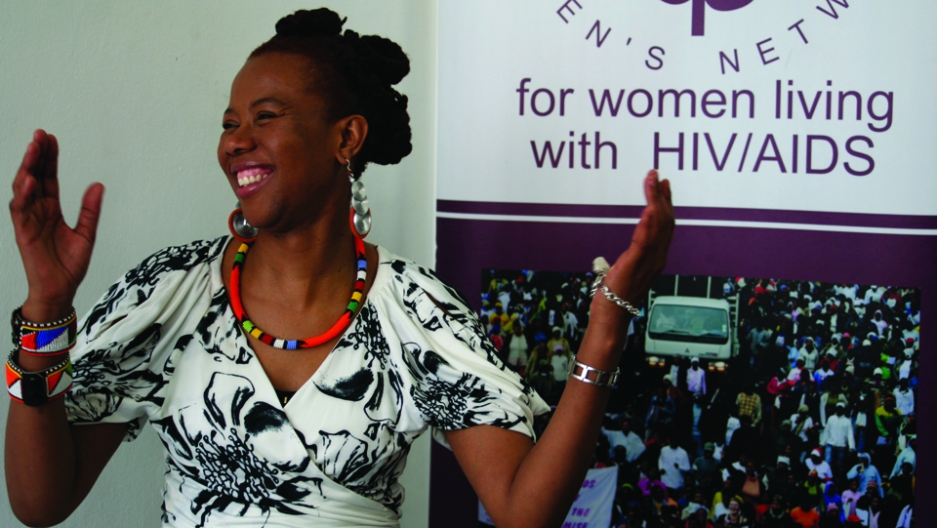 “She represented the best of us.”

Mabele was a long-time advocate for the rights of those with HIV. She passed away on Monday.

Mabele’s contribution to the AIDS response began in the early 1990s. In 1992, she became one of the first women living with HIV in South Africa to disclose her status.

“When you think about how she had to confront this pandemic in 1992, how she had to go through the time when often times in South Africa, they didn’t acknowledge that HIV was the cause of the pandemic — yet she was that voice,” Birx explains. "And we should all be asking the question: 'Would we be willing to make that same personal sacrifice?'"

Stigma due to AIDS is a reality in most countries, but it is made worse in South Africa because of the country's conflicted history with the virus. For many years President Thabo Mbeki promoted the notion that HIV did not necessarily cause AIDS. "How does a virus cause a syndrome? It can’t,” he told the Parliament in 2000.

In South Africa, AIDS has disproportionately infected and affected women. Mabele said she spoke openly about being HIV-positive because she wanted to encourage other women living with HIV to talk openly about their status with loved ones, to live without shame, and to seek treatment.

“You cannot imagine the stigma and discrimination that was rampant at that time," Birx says. "You can’t imagine how she must have personally suffered at the hands of so many individuals who acted like she was the only one [infected with HIV] and what had she done to get HIV/AIDS.”

Mabele joined 59 other HIV-positive women to form the Positive Women’s Network which today, has 2,000 members throughout South Africa. She was also a founding member of the Treatment Action Campaign.

“I’m always astounded by the AIDS movement because I think it’s uniquely where advocates and activism have come together even when they are the most sickest and say 'we want something different for others,' and I think that’s selflessness — that willingness to look past their own individual suffering and see the suffering of others. That kind of humanity is so humbling," says Birx. "She held scientists accountable, she held politicians accountable and she held communities accountable, ensuring that we all did better — and were better.”

Mabele succumbed to pneumonia at the age of 46 in Johannesburg on July 10.