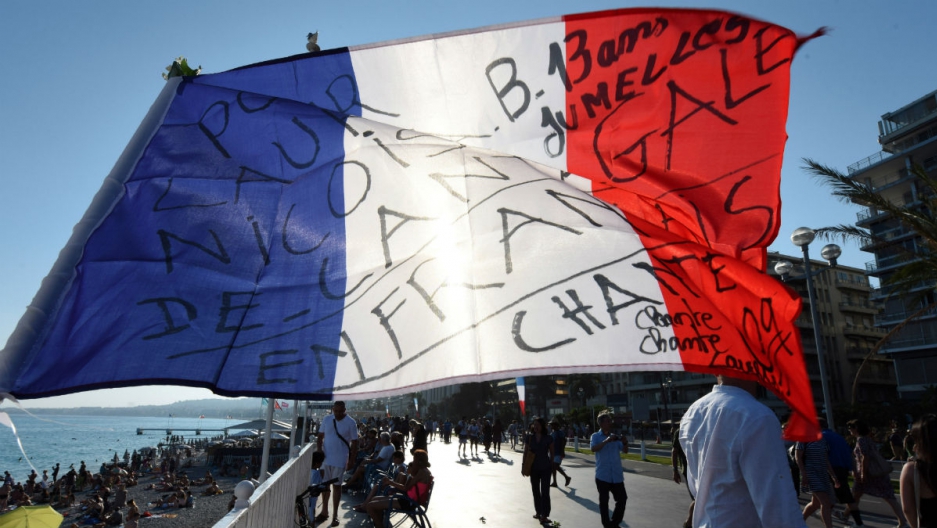 Gaetan Onteniente is a volunteer tour guide in the southern French city of Nice who thinks often about how lucky he is.

Last year, he and his family decided to celebrate independence day at home, instead of going out to Promenade des Anglais, the beachside promenade by their house, to see the city’s fireworks display.

It was there that a terrorist drove a truck into crowds of people, killing 86, and wounding hundreds.

The day after, Onteniente went for a walk down the promenade to pay his respects.

“Everything was silent,” Onteniente says. “People were just praying and crying.’’

Even now, Onteniente says he still can’t walk along the promenade without thinking about what happened there. The city feels different now. 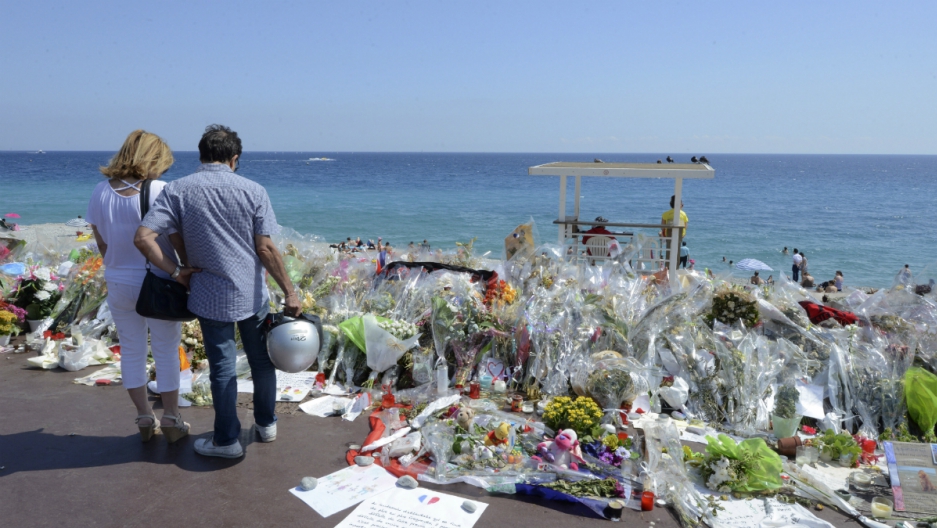 People stop near flowers left in tribute at a makeshift memorial to the victims of the Bastille Day truck attack in Nice, France, July 21, 2016.

“You can see that there is still some tension every time there's a strange noise,” Onteniente says.

For example, there’s a tradition in Nice that dates back to the 19th century of setting off a cannon-shot at noon, to remind people that it’s lunchtime. It always used to startle tourists, but locals wouldn’t flinch.

Except now they do.

“People react physically every time they hear it,” says Onteniente. “This is something very precise that shows that there is still some of that feeling of worry or fear.”

This Bastille Day, Onteniente and his family stayed once again. “It's difficult to celebrate anything for the time being,” he explains. “It's been one year only.”