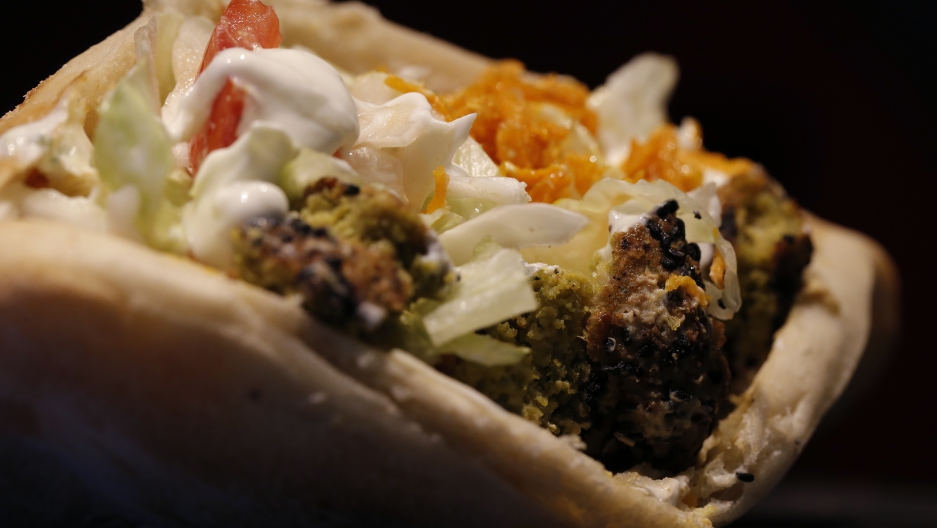 The kebab, France's third-most popular takeaway food, is caught up in a battle for French identity.

A lunch staple in the French port city of Marseille has become a political lightning rod.

The fight is all about a simple street food, the kebab, and whether or not it will be sold in the city center.

The dispute began in June, when city authorities in Marseille took regulatory steps to make it harder for snack bars in the business district — where many of the small, independent kebab shops are located — to get commercial leases. Although kebab shops are not singled out, the owners of the establishments fear the initiatives will effectively force the entrepreneurs to shutter.

Many say the controversy is about far more than cuisine.

"This kebab affair, this kebab outcry is basically the reflection of the fear of invasion of Arabs or North African Muslims in France," says Rim-Sarah Alouane, a researcher at the University of Toulouse.

The kebab sandwich is no stranger to controversy in France. A stall at the 2013 annual convention of the far-right Front National called for "Ni kebab ni burger, vive le jambon-beurre."  That means, "Neither kebab nor burger, long live the ham and butter sandwich," the classic French fast food — a baguette with ham and butter.

Benoit's tweet pictures a messy but delectable kebab, surrounded by fries. The caption reads, "J'ai craqué." That can be translated any number of ways, including: "I indulged, I couldn't resist, I cracked."