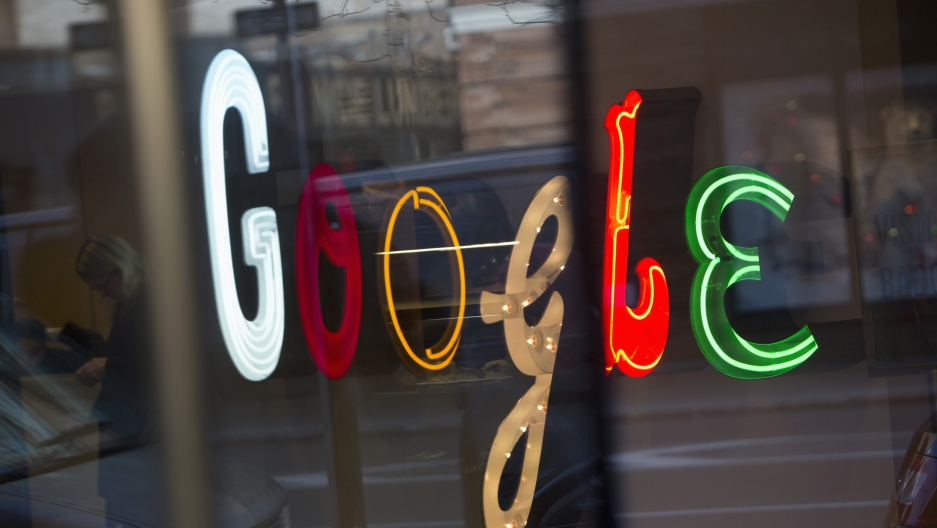 The Google signage is seen at the company's offices in New York January 8, 2013. Google is among several tech giants participating in Wednesday's Day of Action.

Thousands of companies, including tech giants like Facebook, Google and Amazon, staged a Day of Action Wednesday to protest plans by the Federal Communications Commission to roll back rules that they say would affect net neutrality.

“The notion and the principle behind net neutrality is that there should be no ability for any company or entity to be able to throttle [or] block access; not allow certain content; require pay prioritization for content to anywhere on the web,” said Denelle Dixon, chief legal and business officer at Mozilla, which is among more than 80,000 websites, organizations and individuals taking part in the protest.

Under rules enacted in 2015, internet service providers are forbidden from favoring or discriminating against particular online content, apps or services, Mashable reports. But that will no longer be the case if ISPs succeed in reversing a 2015 "Title II" classification that has them regulated like traditional telephone service providers.

"Internet service providers like Comcast, Verizon and AT&T want to be able to create their own rules and regulations around how they provide content to their end-user ... and want more flexible rules," Dixon said.

The FCC voted 2-1 in May to begin the formal process of dismantling the 2015 rules. The FCC's chairman, Ajit Pai, says the rules are politically motivated and "heavy handed," according to the Guardian. The chairman has also claimed the rules place an unnecessary burden on cable companies.

“Without net neutrality rules, internet service providers ranging from home broadband companies like Comcast to wireless data providers like Verizon would be free to slow video streams, charge you extra to access particular content, or outright block you from visiting sites,” Wired says.

Rolling back rules would “really degrade your ability to see the full view of the world and to have access to content from everywhere,” Dixon added.

For its part, Mozilla has collected more than 50 hours of voicemails from concerned internet users. It plans to send those voicemails to the FCC. As part of the online protest, the company posted nine hours worth of voicemails on its YouTube channel.

Tech giants and other companies have successfully fought against previous internet regulations in the past. In 2012, Fight for the Future, one of the nonprofits behind Wednesday’s Day of Action, successfully led an action against the Stop Online Piracy Act and the Protect IP Act.

The same nonprofit was also involved in another action in 2014, during which major sites slowed their loading speeds to simulate the experience of browsing the web without net neutrality rules.