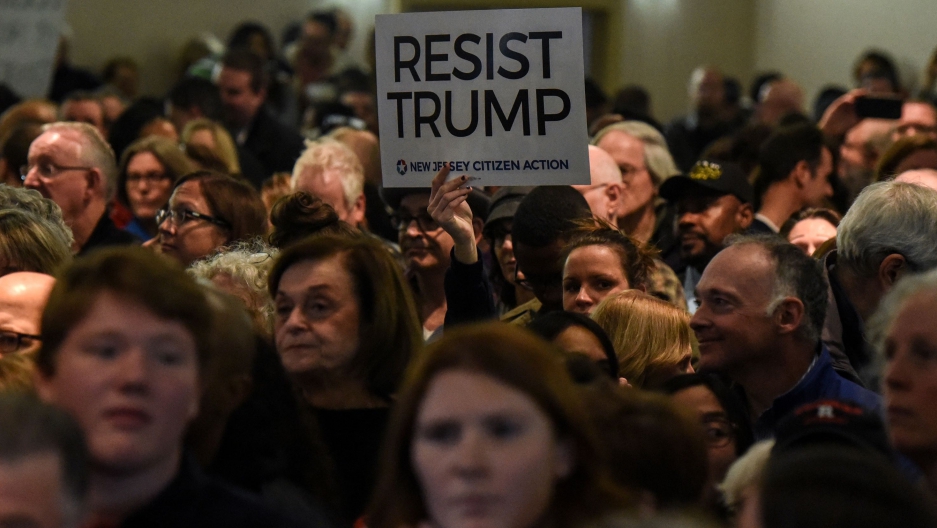 People demonstrate for the Affordable Care Act and against Trump during the First Stand Rally in Newark, New Jersey, on Jan. 15, 2017.

Human beings display a genuine aversion to income inequality, but this compassion is eclipsed by a competing desire not to upend the social pecking order, researchers said Monday.

This may explain why social imbalances persist despite humanity's best intentions to help the poor among us, they wrote in the journal Nature Human Behaviour.

It seems we are hardwired to follow an inner dictum: "Help thy neighbor — but only so much."

In lab experiments, the research team asked participants to redistribute small amounts of money that had been unequally divided among people they did not know.

The participants tended to smooth out the worst disparities by shifting money around, the team found, but not enough to turn the tables of fortune.

Many previous studies have found that humans, generally, are deeply uncomfortable with social inequality.

The new research by Chinese and American researchers was an attempt to understand why social disparities remain despite this apparently compassionate propensity.

The team tested more than 1,000 people — children and adults — from different cultural backgrounds. The participants were from India, China, the United States, and included a group of Tibetan herders who live isolated from modern society.

Each trial participant was asked to look at a number of screens, each of which displayed the portraits of two people with a pile of coins attributed to each.

One person always had a higher pile than the other.

The volunteers were then asked if they wanted to transfer a predetermined amount of money from the person with the most coins to the other.

Participants were much less likely to agree to a transfer if it would turn the poorer person into the richer one.

In the Tibetan herder group, the aversion to rank reversal was "exceptionally high," said the study.

In children who did the tests, aversion to inequality was clearly measurable from the age of 4.

However, "rank reversal aversion" emerged only two years later, the researchers found, "suggesting that this norm is learned later in development."

As for why humans behave in this way, the researchers speculated that it may be a question of survival.

Many animals have stable pecking orders "to reduce in-group violence," they wrote.

The authors said hierarchy fulfills a psychological need for structure in individuals. In a group context, it boosts cooperation.

Understanding these human drivers are important in analyzing the conflict that arises when people seek political reforms "that upset hierarchies," the authors wrote.

They cited opposition by "relatively well-off middle-class Americans" to the expansion of medical aid under Barack Obama's Affordable Care Act on the premise that it would allow "some groups to unfairly 'cut in line.'"

"One reason inequality persists is because people seem to have an instinct to want to preserve existing hierarchies," study co-author Benjamin Ho of Vassar College in Poughkeepsie in the United States, told AFP.