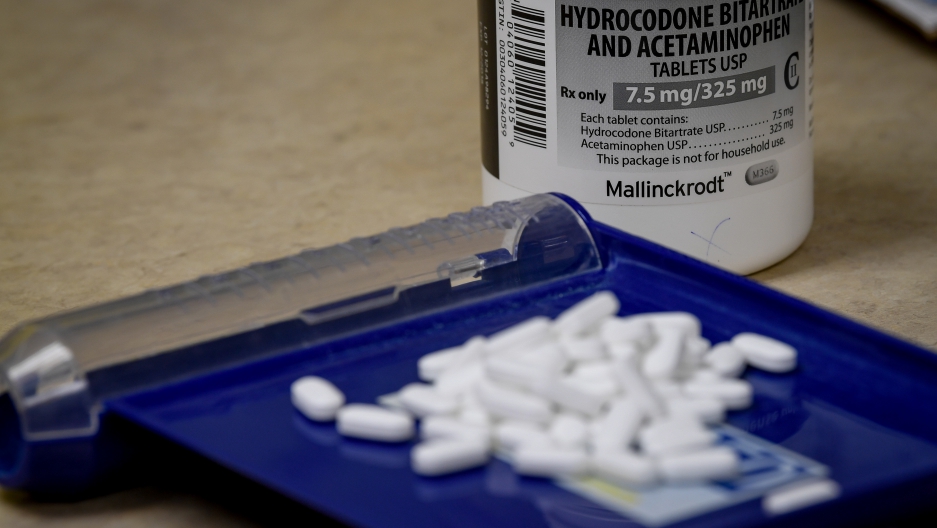 Tablets of Hydrocodone at a pharmacy in Portsmouth, Ohio, June 21, 2017.

Unless you’re a drug dealer, it’s almost impossible to read a news story like that and not be delighted. Especially if you know someone who has wrestled with opioid addiction.

The Centers for Disease Control and Prevention said prescriptions for highly addictive painkillers such as oxycodone dropped 13.1 percent between 2012 and 2015, from 81.2 per 100 people to 70.6.

Well ... like most things in America these days, it depends on where you live.

The CDC also found wide disparities in opioid prescriptions in counties across America. Research confirms that opioids are more heavily prescribed in small towns, in counties with larger white populations and in places hit hard by unemployment, where Medicaid enrollment is higher.

In all honesty, I’m struggling with being objectively overjoyed about this good news, and not just because I’m incensed with President Donald Trump and Mitch McConnell, the Senate majority leader, who insist on advancing a health care agenda that would push more people into poverty.

No, what makes it hard to be happy about this particular progress report is knowing that we’re making these great strides only because this addiction was declared an epidemic after it became a crisis in these counties with larger white populations.

That’s what it feels like when the statute of limitations on your pain and suffering runs out, but a national health emergency is declared when other populations are impacted by the very same reality. For one community, it’s all about bad choices. For another community, it’s a full-blown health care crisis.

Over 100 people can be shot and/or killed in Chicago over the July 4 holiday weekend, and it’s just another weekend of random gun violence. And, yet, we all know that if 100 white fellow citizens had been shot or killed in any American city over a holiday weekend, it would be a state of emergency, a declaration of disaster.

Perhaps we should spend less time celebrating our Independence, and spend more time reflecting on our Interdependence. I thought we were all in this together?

Now, before you go to the comments section to set off some fireworks, lighting me up for making this all about race, three things.

One, respectfully, I didn’t make it about race — facts are stubborn things.

Two, this is as much about class as it is about race, so, take your pick.

Three, whether we talk race or class, this is really about fundamental fairness. In America, some people count, some people are counted out.

And that’s really all I’m trying to say. It’s tough to convince fellow citizens that our destiny is inextricably linked together, when they can see clearly, that even on matters of life and death, we might be created equal, but we aren’t treated as equals.

The CDC is urging doctors to cut back on the number of pills, the dose and the duration of the prescriptions they offer to keep this trend moving in the right direction.

But, oh, how I wish there were a pill we could take to rid ourselves of the racial, economic, political, social and cultural biases which have long afflicted our nation.

If only it were that easy.