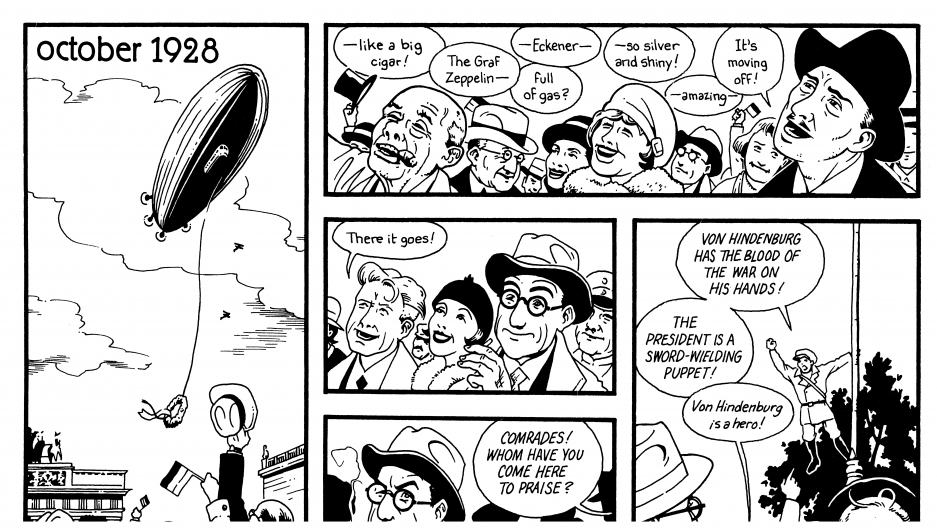 When Jason Lutes started drawing his historical comic "Berlin," he had never been to Germany.

The first time Jason Lutes visited Berlin, in 2000, he expected to see crowded tenements and gray cobblestone streets. Instead, through the windows of a speeding train, he saw green trees, brown spires, and blue skies. “My first thought was, oh my god, it's in color,” he says. “In all the photographs I'd ever looked at, it was in black and white.”

Lutes was drawing a series of comic books called "Berlin," about daily life during the rise of fascism in Germany. He'd assembled thousands of reference images: rooftops and railroad tracks, soldiers and shopkeepers, spectacles and streetcars. But until that day, he had never seen Berlin up close. “Here it was, in the light of the sunset,” Lutes says. “I had never imagined that the city that I'd studied for so long would actually strike me as beautiful.”

This year, almost a quarter-century after Lutes started the series, he will send the final chapter to his publisher. What began as an esoteric obsession, a fictional journey into the annals of history, suddenly seems timely. "Berlin" taught Lutes what fascism looks like — and although he knew he'd find it in old books and black-and-white photographs, he didn't expect to see anything like it in his own country.

"Berlin" owes its existence to an advertisement in "The Nation." In the mid-90s, Lutes was flipping through the magazine and spotted a paragraph about a book of photographs of Germany between the wars. “In that moment of just reading the ad copy, I decided that my next comic book was going to be about Berlin in the '20s and '30s,” says Lutes, who now teaches comics at the Center for Cartoon Studies in Vermont. “And it was going to be 600 pages long.”

Lutes spent two years collecting photographs and reading German history before he began to draw. In the opening volume of Berlin, set in 1928, a cynical journalist named Kurt Severing meets a young art student named Marthe Müller. He writes, she draws: together they embody the elements of comics.

Soon the cast of characters grows. A working-class mother joins the Communist Party, a young man enlists in the Hitler Youth, a Jewish family sells antiques and struggles to stay safe. They inhabit a huge, humming city — a metropolis on the cutting-edge of science and art, but also on the crumbling foundations of a weak democracy. 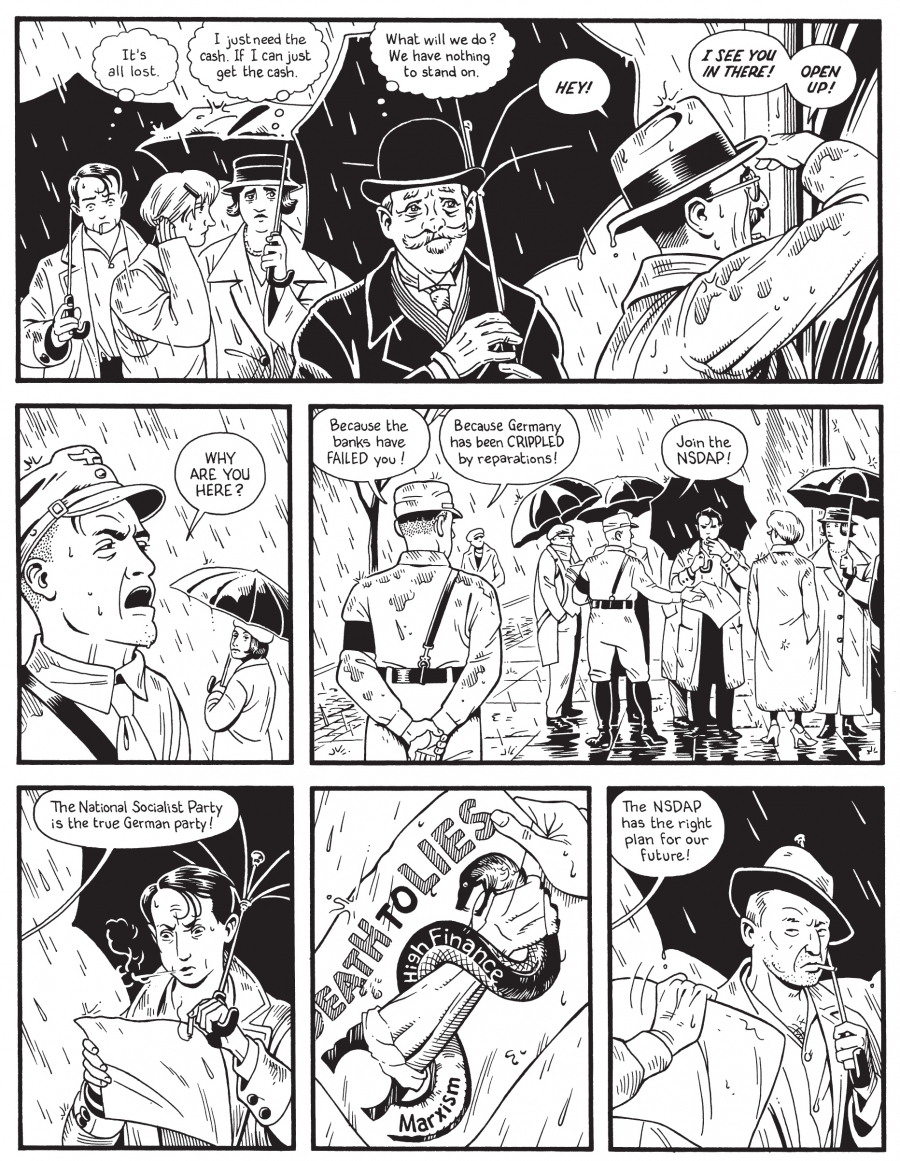 The final installment of "Berlin" is scheduled to be published by Drawn & Quarterly in 2018.