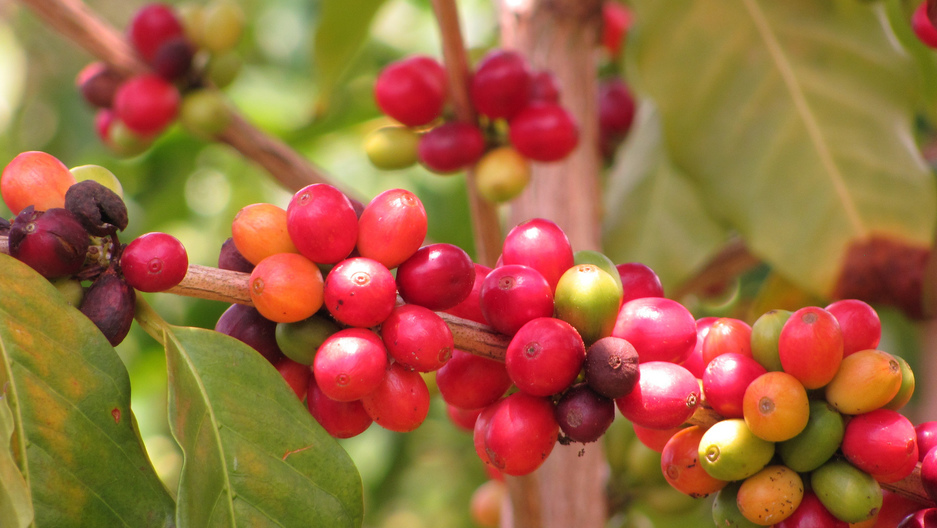 When it comes to coffee, Ethiopia is sacred ground.

It’s the home of Coffea arabica — one of the most popular species of coffee bean. And in Ethiopia, coffee is a major part of the economy: It makes up about a quarter of the country’s export earnings, and around 15 million farmers make a living farming the crop.

But as the climate changes, scientists predict Ethiopia’s coffee spigot will slow to a drip in some areas. According to a new study published in "Nature Plants," 39 to 59 percent of the land currently used to grow coffee could eventually become unsuitable for growing the crop.

“That is a really significant reduction, and that’s from now until the end of the century,” says Aaron Davis, a biologist at the Royal Botanic Gardens, Kew, in London, and a co-author on the study. The culprits? Rising temperatures and decreasing rainfall, he explains.

“What we’ve seen from climate station data is that there has been a steady ... decade-by-decade increase, in the average temperature in Ethiopia,” he says, “and in some cases, even from the 1950s onwards, a decrease in rainfall in some of the coffee growing areas.”

In the future, Ethiopian farmers could turn to more drought-resistant species of coffee. “[But] the real issue for Ethiopia is that its specialty is Arabica coffee,” Davis says, “and that’s the coffee that gives a wonderful flavor profile, so that’s the coffee we love.”

Davis and his team based their projections on data from climate models and high-resolution satellite images — supported, as they write in the study, by “rigorous ground-truthing.” But the researchers’ stark predictions are seeded with a bit of hope: As the climate changes, other land in Ethiopia might actually become more suitable for growing coffee.

“The coffee-growing landscape of the world, and Ethiopia, is very flexible — it changes over time,” Davis says. “What we see, even under the threat of climate change, [is] if you move coffee to the right places you could actually increase productivity at the end of the century up to 400 percent — a massive increase.”

But some Ethiopian coffee farmers are already seeing the negative effects of climate change, according to a Kew press release. What’s more, many won’t have the means to follow coffee to where it grows next. “Considerable numbers of farmers would need to diversify away from coffee,” the press release states, “whilst others would need to take up coffee growing for the first time.”

“There are other scenarios, there are other things that can be done,” Davis says. “But it basically means ... moving coffee plantations to higher ground where the conditions are cooler.”