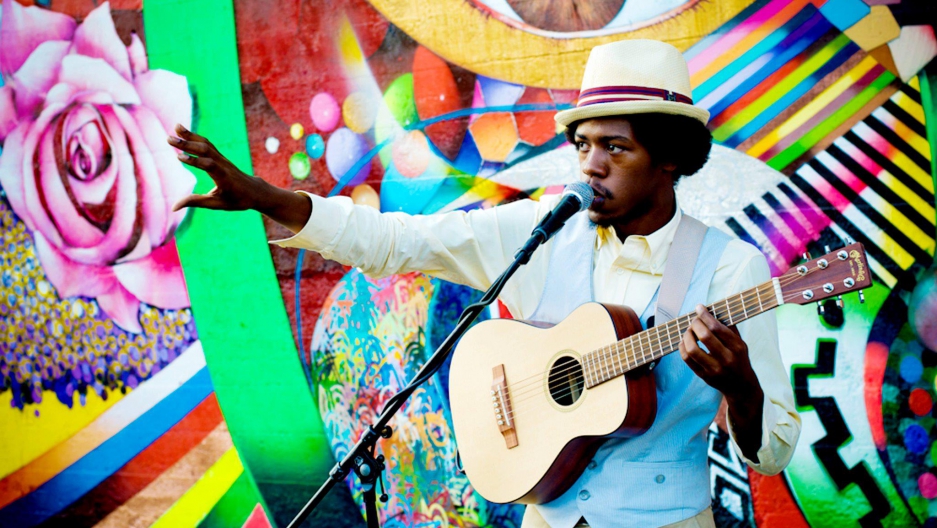 When Christylez Bacon performs, he often mixes beatbox with music styles from around the globe, including bossa nova or traditional Irish tunes.

You might think these styles and beatbox wouldn't mix, but Bacon says they do. There are similarities. For example, he combines beatbox with classical Hindustani music.

"This music from the 12th century has a lot in common with modern music as far as how it swings, how it regulates the energy," he says. "So many things in common."

Bacon was born and lives in Washington, DC, where he finds it relatively easy to invite others to come along and help him out. "Being in DC, we have so many things around, with the embassies and the people. ... It's always interesting to see what happens," he says. "In my small 'hood, in my small quadrant of DC, in this 10-by-10-mile city, something is happening almost the same way all the way in another place on another continent. Amazing."

Bacon's mission statement comes together in a concert series he's dubbed "Washington Sound Museum." It's a monthly gathering in DC, where he invites guest artists to peform with him and his progressive hip-hop orchestra.

"Instead of just sampling records, like how we would do in hip-hop music, I would work with the actual people and learn more about the stories, the music theory, the techinque that creates the music," he says. They create "a really cohesive and tight blend together that fuses our different styles in equal parts, without breaking or bending."

On this July 4 edition of PRI's The World, we're pleased to bring you another profile in a new series we're calling #FutureFolk, in collaboration with the Smithsonian Folklife Festival. Here's more about Grammy-nominated beatbox artist Christylez Bacon.