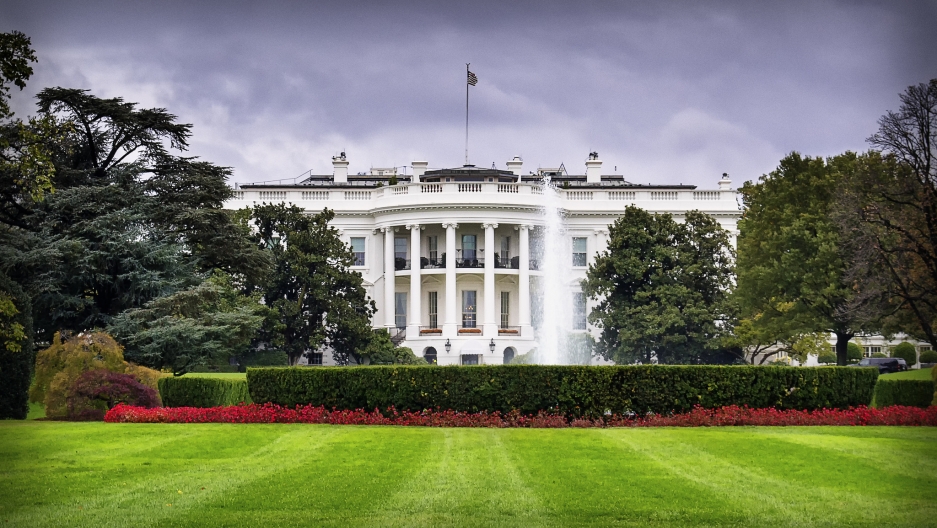 The White House is pictured.

We’ve all heard campaigning politicians — especially those who want to be president of the United States — say that if elected, they’ll fix what’s wrong in Washington. But what if the tangle of issues faced by our government is just too complex for one person to manage?

Physicist Yaneer Bar-Yam has concluded that’s the case, using a mathematical framework borrowed from quantum field theory. Bar-Yam, who directs the New England Complex Systems Institute, would know: He once crunched big data to predict the Arab Spring, a wave of pro-democracy uprisings across the Middle East.

The framework he uses to analyze complex systems like governments is a concept that also helps scientists study how boiling water turns into vapor. “If you think about [the transition] as a smooth system, you just don’t describe what’s happening,” he explains. “You have to think about it by zooming in and seeing progressively more fluctuations that are happening.”

His findings, in short: Hierarchical systems with just one or a few people at the top are no match for the complexities of our society. That’s a recent shift, he explains: Historically, hierarchies like kingdoms, companies and even our own representative democracy have been very successful.

“[But] it kind of started falling apart in the 1980s,” he says. “And by now, it should be quite apparent that, you know, these systems that are hierarchical are just not able to deal with the complexity of the world that we’re in.”

For Bar-Yam, the key driver of this complexity is global interdependence. “Whether it’s economic events — the financial crisis propagation — whether it’s governance and disruption of social order, or whether it’s diseases, everything is affecting what’s happening everywhere else,” he says.

Hierarchical structures make the assumption that one person can understand and respond to the most important issues, he explains. “And in this case — where you have so many very important things that are happening — one person just can’t do that.”

Instead, Bar-Yam proposes a shift towards more horizontal, distributed governance, where teams of people make specialized decisions, rather than just a few individuals. He points to the corporate trend of distributed organizations as one example. Horizontal systems even manage the sprawl of our own bodies.

“If you think about your brain … there isn’t one neuron that’s telling the other neurons what to do,” he says. “It’s a collective behavior that really is responsible for how you think about how you decide and what you do.”

And in your brain, he adds, different neurons are responsible for different kinds of things. “The way the brain is structured, it’s not just about individuals, but how they’re connected to each other.” Similarly, Bar-Yam thinks teams of people in our society could make different policy decisions based on their knowledge or skills.

Bar-Yam acknowledges that shifting our representative democracy to a more lateral decision-making structure is “a process that we don’t have a formula for.” But in some ways, he says, it’s a topic we’ve already begun engaging.

“This is something that is being done intentionally in companies that are adopting more distributed organizational structures, and really have been adopting them since the 1980s,” he explains. “But the societal engagement in this is happening in the form of people ... caring about, and thinking about, and talking about decisions that are being made in policy.”

“What we have to do, however, is to create mechanisms by which that participation translates into actual decision-making, rather than shifting it once again to one person or a few people who have that authority.”