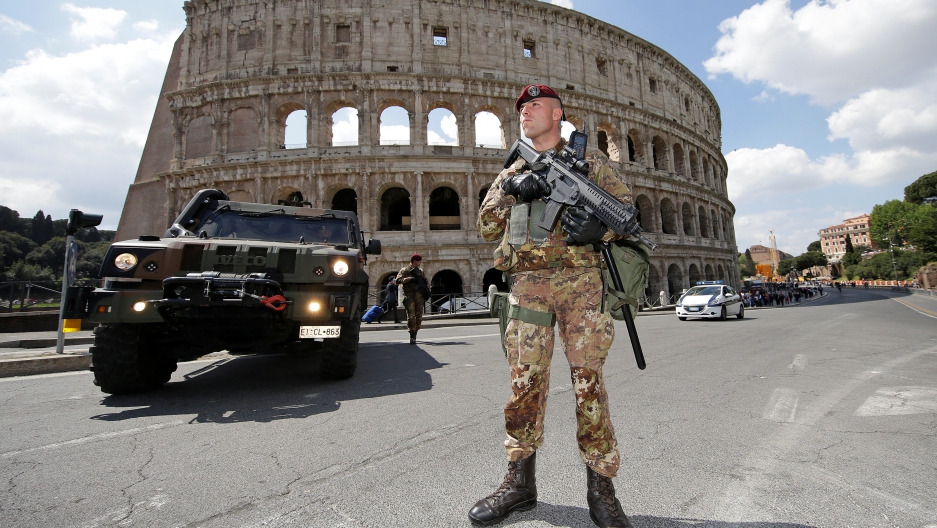 Unlike most major European countries, Italy hasn't had a mass terror attack since the 1980s. But why?

Part of the reason is demographics. Second and third-generation immigrants — citizens of countries like France, Germany, and the UK — are considered to be most vulnerable to radicalization. But they don't make up a significant portion of Italy's population, which allows authorities to focus their efforts on surveilling and deporting immigrants they consider to be threats.

The other part of the equation is Italy's own history of organized crime. Law enforcement and the legal system have learned harsh lessons after decades of taking on the mafia — like aggressive surveillence and wire-tapping, and keeping suspects out of jail, which can be a breeding ground for recruiting and networking.

Most importantly, they've realized that terror networks, like the mafia, rely on close bonds between family and friends to maintain secrecy, says Guardian reporter Stephanie Kirchgaessner.

"Italians have some knowledge and ways in which they can try to break those units, and those skills they've learned through dealing with organized crime," she says to The World.

Read an excerpt from her piece, "Why has Italy been spared mass terror attacks in recent years?" here:

Each time Youssef Zaghba landed in Bologna, there was someone waiting for him as he got off the plane. It was no secret in Italy that the 22-year-old Moroccan-born Italian, identified as one of three terrorists behind the London Bridge attack, was under close surveillance.

“They would talk to him at the airport. Then, during his stay, police officers would come a couple of times a day to check on him,” his mother, Valeria Collina, said in an interview with the Guardian. “They were friendly to Youssef. They would say: ‘Hey son, tell me what you have been doing. What are you doing? How are you?’”

In the weeks since the attack, Zaghba’s role has shone a light on the differences between how terror suspects are handled in Italy and the UK. Upon his arrival in London, Zaghba’s mother said, he was never once stopped at the airport or interrogated, even though Italian officials had warned British counterparts that he was a threat.

Franco Gabrielli, Italy’s chief of police, has said of Italy’s efforts to alert the UK: “Our conscience is clear.” Scotland Yard, in turn, has said Zaghba “was not a police or MI5 subject of interest."

Italy has suffered from its share of political violence in recent decades, including the murder of two prominent anti-mafia judges in the 1990s. But unlike almost all of its big European neighbors, it has not witnessed a major terrorist attack since the 1980s.

Is Italy just lucky? Have the country’s counter-terrorism policies — born out of years of anti-mafia policing and intelligence work and a decade of bloody political violence in the 1970s — given Italian officials an edge in the age of Isis? Or are there other factors at play?

“The main difference is Italy doesn’t have a big population of second-generation immigrants that have been radicalized or could potentially be radicalized,” said Francesca Galli, an assistant professor at Maastricht University and an expert in counter-terrorism policies.

(Excerpted with permission from The Guardian. Read the full story here.)