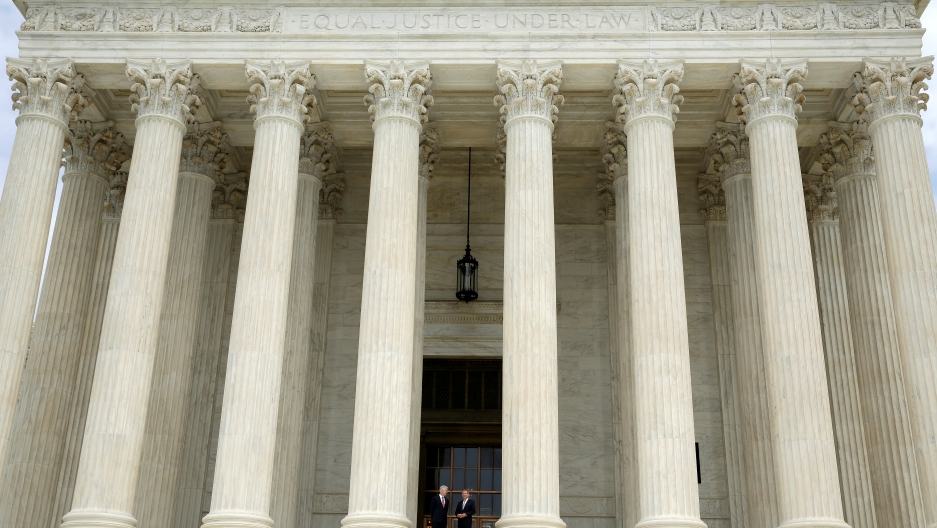 The travel ban — which was put on hold by lower court rulings — will apply to those "who lack any bona fide relationship with a person or entity in the United States," until the court hears the case in October, the justices ruled.

The decision is a win for Trump, who has insisted the ban is necessary for national security, despite criticism that it singles out Muslims in violation of the US Constitution.

Trump had suffered a series of stinging judicial setbacks over the measure, with two federal appeals courts maintaining injunctions on the ban.

Those courts had argued the president had overstepped his authority, and that his executive order discriminated against travelers based on their nationality.

"Immigration, even for the president, is not a one-person show," the three justices of the Ninth Circuit Court of Appeals said in a ruling earlier this month.

"National security is not a 'talismanic incantation' that, once invoked, can support any and all exercise of executive power," they added.

The Supreme Court narrowed the scope of those injunctions, saying the government could enforce its measure against "foreign nationals unconnected to the United States" without causing injury to the parties who filed suit.

Conversely, those with a "close familial relationship" in the US are not affected.

"I think the practical impact [of the decision] is quite narrow," says Becca Heller, the director of the International Refugee Assistance Project, which brought one of the cases that is now before the court. "I think it doesn't apply to the majority of refugees who stand to be admitted in the next 120 days. I think it doesn't apply to the vast majority of visa holders. But I think the stigmatic injury is enormous. The Supreme Court is still allowing the government to say that if you're from one of these six majority Muslim countries, we don't want you to come into the United States."

The revised measure, announced in March, seeks to bar from US entry travelers from Iran, Libya, Somalia, Sudan, Syria and Yemen for 90 days, as well as suspend the entry of refugees for 120 days.

The original measure, issued by executive order in January, also included Iraq on the list of targeted countries and had imposed an indefinite ban on Syrian refugees.

Material from Agence France Presse was used in this report.