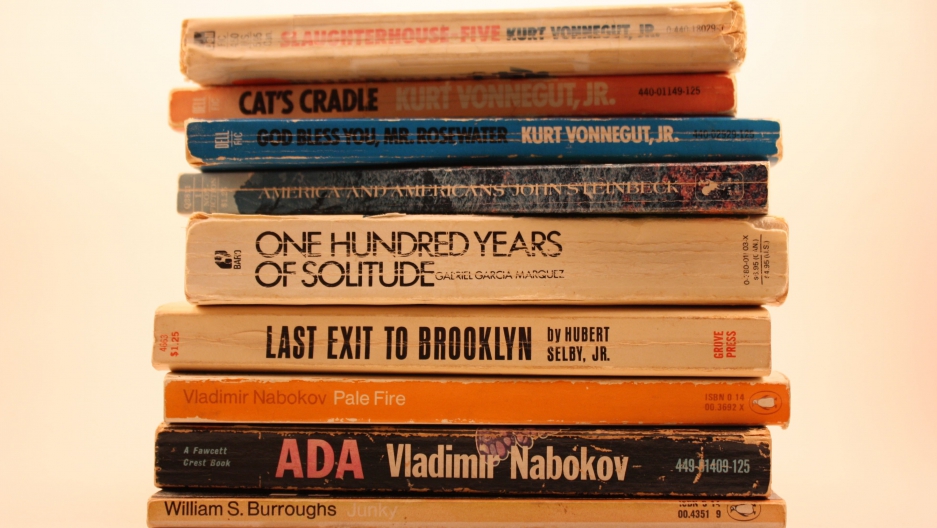 Journalist Ben Blatt has crunched the numbers — by the book.

“Nabokov’s Favorite Word is Mauve: What the Numbers Reveal About the Classics, Bestsellers, and Our Own Writing,” is a statistical analysis of famous books — and in it, Blatt uncovers some surprising facts about well-known writing.

For instance, did you know that the word “she” only appears once in J.R.R. Tolkien’s “The Hobbit”? Or that James Patterson averages 160 clichés per 100,000 words in his best-selling Alex Cross detective novels?

The statistical study of literature isn’t just trivia worthy: As Blatt points out in the book’s introduction, two statisticians in the 1960s used word frequency and probability to pinpoint the authors of "The Federalist Papers," which had been a mystery since 1787. Blatt wanted to apply a similar analysis to a larger body of literature, to get a better understanding of how great books — and less-great ones — are constructed.

Related: Kevin Kwan's new novel satirizes the richest of the rich in Asia

In the book, Blatt refers to these patterns as an author’s “stylistic fingerprint.” In one line of inquiry, he dusts for prints by calculating famous authors’ favorite words — the terms they use “at an extreme ratio” compared to other writers. He calls them “cinnamon words,” after an anecdote about the novelist Ray Bradbury.

“The motivation for looking at this was, I had read this book that just asked authors their favorite words, and Ray Bradbury said, ‘My favorite word is cinnamon because it reminds me of my grandmother's pantry,’” Blatt says.

Sure enough, Bradbury’s fans can find the word cinnamon sprinkled throughout his writing, from descriptions of dusty roads and red-brown hills to the dark Egyptian tomb that “breathed out a sick exhalation of paprika, cinnamon and powdered camel dung.”

“So, he's using it all the time,” Blatt says. “And building on that, I wanted to look at hundreds of other authors to see, were there other similar words that were jumping out of a writer's inner voice.”

When Blatt analyzed other writers’ works for their cinnamon words, he found the results to be telling. “The one cool thing with the cinnamon words experiment is that, not always, but most of the time, once you hear the words ... you could kind of guess who the author could be, or at least what they're writing about,” he says.

Related: Nigerian-American author Teju Cole wants us to rethink what it means to travel

For instance, the austere terms civility, fancying and imprudence are Jane Austen’s cinnamon words. And given grail, masonic and pyramid, you might (correctly) guess “The Da Vinci Code” author Dan Brown. What about unsmiling, randomly and fake?

Those are the cinnamon words of Studio 360 host Kurt Andersen, who’s written three novels. Blatt calculated the list for his interview with Andersen, as “a bit of an experiment” to see how writers react to their own statistics. He found that in this case, at least, the authorial fingerprint sticks to the page.

“At least for me, unsmiling was really the word that jumped out, because I don't think I've ever used the word unsmiling in my writing or even in conversation,” Blatt says. “And you were using that about 16 times. I was curious if that's a word that you use in your day-to-day conversation as well?”

“Not probably once, I think, in my life,” Andersen says.

Related: Read this book about writing. About death. (By a gifted novelist.)

This article is based on an interview that aired on PRI's Studio 360 with Kurt Andersen. You can find more literary stats from “Nabokov’s Favorite Word is Mauve” here.