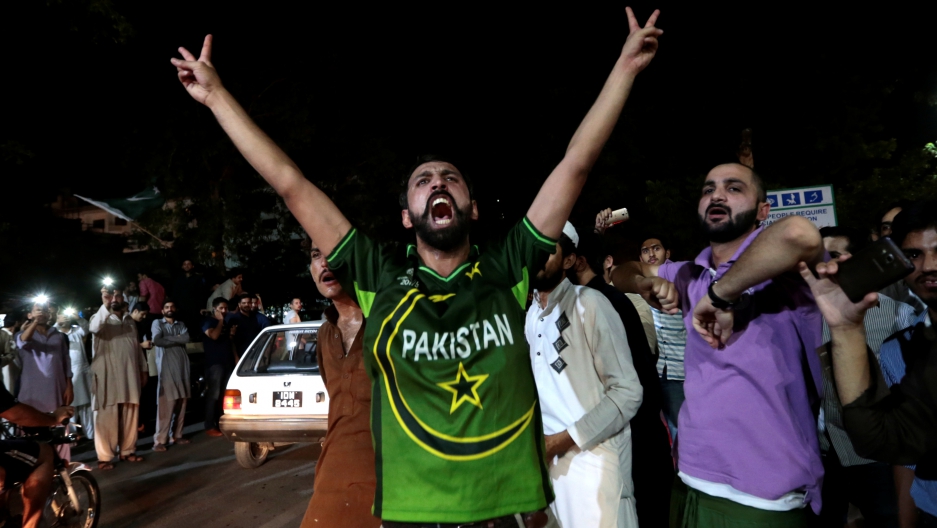 Pakistanis went wild Sunday after a surprise sporting triumph over its archrival, India.

“Cricket is the blood and heart of our nation,” says journalist Bina Shah, in the Pakistani city of Karachi. “We are so excited when we win and so devastated when we lose.”

The Pakistani national team stunned the cricket world by beating India in the final of an international tournament called the Champions Trophy, in London.

Pakistan was seeded eighth out of the eight teams in the tournament. “So, to see us actually win the entire thing was like a dream come true,” says Shah. “It’s being described as miraculous in some quarters.”

Shah described the scenes on the streets in Karachi as “ecstatic.”

“Winning this tournament was a great morale booster for us,” says Shah. “We’ve been through some very unstable times.”

Cricket rivalry is particularly acute between Pakistan and India. “It becomes very much a test of each nation’s power and virility,” says Shah. “These people are our chosen gladiators. They go and fight in the ring for us. So, emotions run high.”

“Our boys didn’t let us down,” she adds.

But Shah says cricket is also a great unifier, bringing Indians and Pakistanis closer together. “As much as we enjoy the rivalry, we do tend to realize we have so much in common, and it’s a shame to fight over things and throw away this great camaraderie, and this great brother and sisterhood that we have.”

The match was also technically very good. “Cricket is really about the performance of the batsmen as well as the bowlers,” says Shah. “Much like baseball, it’s about the pitching as much as it is about how many home runs you make. So, to watch some of these really stellar performances, beautiful performances, by some of these young cricket stars, who have been unheard of before this tournament — to watch them mature throughout the games, and to watch the team peak at just the right moment, to bring home the trophy, was like a dream come true for all of us.”