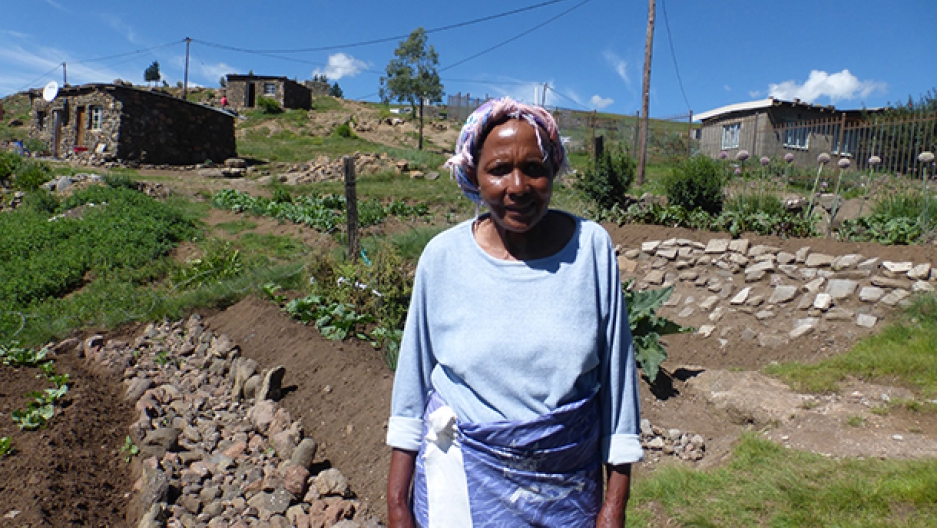 The current drought devastating sub-Saharan Africa is not only increasing hunger and disease, it is also creating more opportunities for violence against women.

Across the continent, it is solely the responsibility of women to collect water and bring it home for drinking, cooking, and cleaning.

“Men and women don’t play the same role,” says 66-year-old Nasetnaka Ramatse, a retired office worker in Lesotho who keeps a tidy garden when there’s enough rain. “Men don’t feel drought as women do, because men are not drawing water. They just want to eat. So, women are the ones that feel the drought.”

“It’s our culture,” Ramatse continues. “If [a man] goes to the well, other men will be laughing at him. They will say, ‘Your woman has given you something to tame you.’ They want to wash. They want to have clean clothes, to have food, but from where they get the water, they don’t care.”

In Somalia, where drought is already causing displacement and widespread famine, women sometimes must walk as much as 30 miles to get water for their households. Asli Mohamoud, an aid worker with Care International, says this makes women and girls extremely vulnerable to exploitation and sexual violence.

“In that journey, you’ve got women walking alone. There’s no protection,” Mohamoud says. “They meet men. Either they tell lies and say, ‘I will marry you, or I do this,’ and then they use her or they rape her.”

Across much of the region, rape comes with a social stigma that keeps many victims silent, or worse. Mohamoud recounts the story of a 16-year-old girl who was raped by an older man.

“She lost her virginity. She lost everything. She lost hope,” Mohamoud relates. “I tell her, ‘This is not your fault. This happens all over the world. Don’t lose your hope, continue your life.’ Now she is fine, but before she met with me and my team, she [had] decided to kill herself.”

Asli says she is seeing a sharp increase in early marriage for girls. Families will choose to marry off their daughters to have one less mouth to feed at home, or girls may choose to migrate to cities like Baidoa, north of the capitol Mogadishu, in search of survival.

As a result, the average age for a girl’s first sexual encounter has dropped significantly. CARE International reports that in Mozambique in 2003, for example, girls’ first sexual experience came about age 16. But since the drought began, it’s closer to 11 or 12. That brings particular danger from childbirth, should the girl become pregnant.

CARE says they’re also seeing a sharp increase in HIV rates. In rural areas where HIV is endemic, the rate of infection increases by roughly 11 percent with every drought, a fact that’s attributed, at least in part, to earlier sexual encounters and sexual assault.

Asli Mohamoud says the drought and the struggles women face are personal.

“I am a Somali woman, and I’m feeling what all Somali women are feeling,” she says. “I am a woman, I am a mother, I’m a wife, I’m a sister, an aunt. I like every girl to get her rights.”

But that may not happen. Persistent drought might become the new normal for much of Sub-Saharan Africa. The Intergovernmental Panel on Climate Change predicts that much of the region will become hotter and drier in the future, as the climate changes.

The seasonal “long rain” should be falling in East Africa now, between March and June. So far, the rains have been disappointing and sporadic, leading to fears that the punishing drought will continue.

Some forecast models are predicting that June will ultimately bring near-average rainfall. People across the region, especially women, are praying they are right.