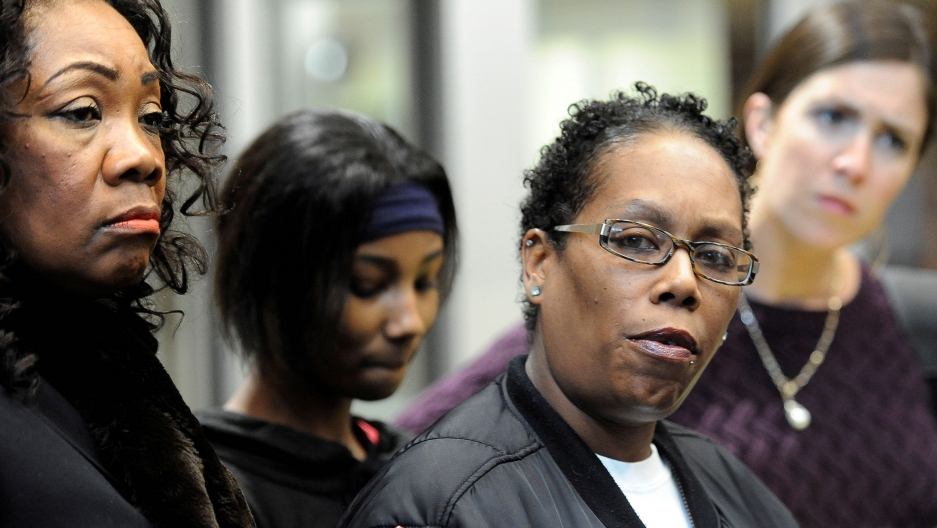 Nakia Wilson (R), first cousin of Philando Castile, and Margaret Brooks, a friend of Wilson's, talk with reporters after Minnesota police officer Jeronimo Yanez made his first court appearance after being charged in connection with the shooting death of black motorist Philando Castile last July, at Ramsey County District Court in St. Paul, Minnesota, on Nov. 18, 2016.

Craig Lassig/Reuters/TPX Images of the Day

A jury in Minnesota on Friday acquitted the police officer who fatally shot 32-year-old African American Philando Castile, whose dying moments were captured on Facebook video in a case that shocked the nation.

Jeronimo Yanez, 29, was found not guilty on three charges: second-degree manslaughter and two felony counts of intentional discharge of a dangerous weapon for endangering the safety of Castile's girlfriend Diamond Reynolds and her 4-year-old daughter.

Both were in the car when the officer shot Castile during a traffic stop.

The aftermath of the shooting on July 6 last year was captured on video recorded by Reynolds and broadcast on Facebook Live. In it, Castile can be seen bleeding to death in the driver's seat.

The video sparked protests across the United States and further exposed tensions between US police and African Americans.

Castile's family reacted with anger outside the courthouse, and several groups planned demonstrations after the verdict.

The jury in the case spent approximately 30 hours deliberating and asked the judge to re-examine the Facebook video and the video from the police car dashboard camera, along with Yanez's testimony on the stand.

US prosecutors have found it difficult to make criminal charges stick in police shooting cases.

All six Baltimore officers charged over the 2015 death of Freddie Gray due to spinal cord injuries suffered in the back of a police van were eventually cleared.