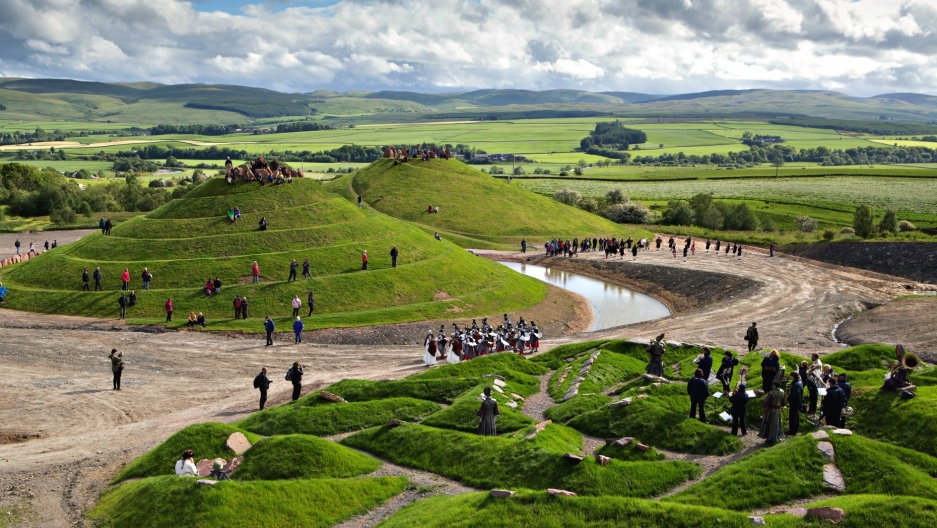 Courtesy of the Crawick Multiverse

"The Crawick Multiverse"is a sprawling piece of landscape art tucked into Dumfries and Galloway in the Scottish countryside, on the site of what used to be a coal mine. The artist Charles Jenkscompleted the project in 2015, and took the BBC's Anna Magnusson on a tour of the site.

"The Crawick Multiverse" is a series of connected paths and landforms, studded with large boulders that make the site feel like a modern Stonehenge. The rocks appear ageless, but the mounds formed in the soil appear contemporary --- even futuristic --- with clean, geometric lines and a green carpet of grass. "Everything about this site shouts 'cosmic,'" says Jenks. "What I've tried to do here is unpack that idea bit by bit. Landscape is the art form where we're using nature to represent nature." Two large mounds at the site represent the Andromeda Galaxy and the Milky Way Galaxy, with other landforms that represent a Supercluster and comet path. A corkscrew walkway of mudstone represents the whole ensemble of universes --- the multiverse.

Jenks came up with the idea during conversations with scientists who were trying to figure out how our own universe has been able to create the building blocks for intelligent life. "[Our universe is] so sensitive that we have to explain why it's so beautifully balanced," Jenks explains. "It's counterintuitive that we find ourselves in an almost perfect universe, and the only reason we can explain it scientifically is to say, 'Well there must be other universes that are not well-balanced.'"

You can find the original BBC featurehere. 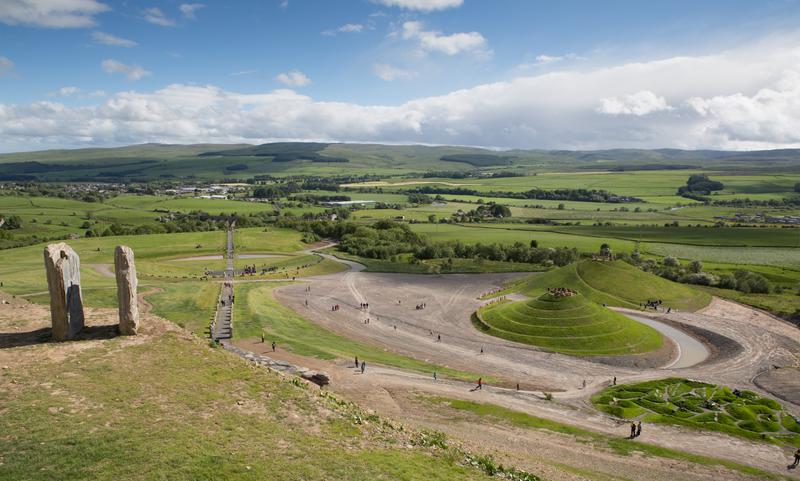