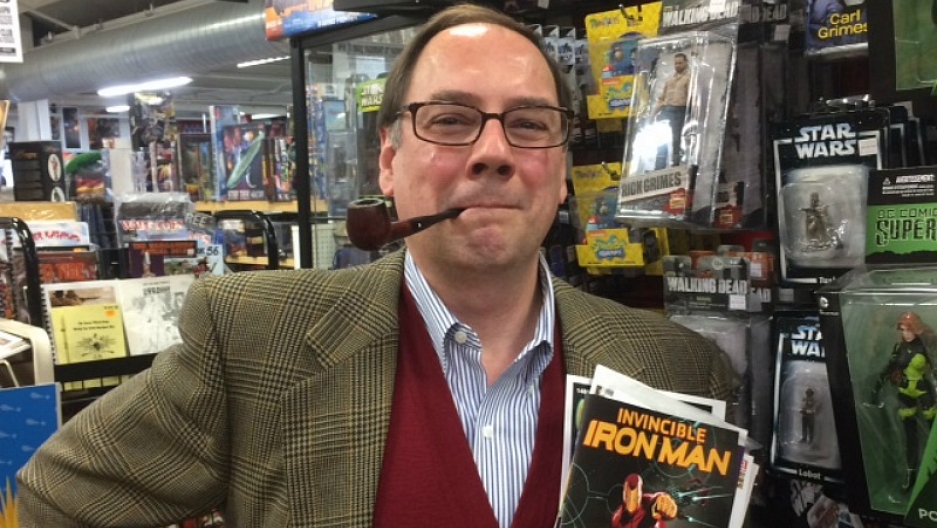 For a long time, mainstream scientists were deeply skeptical about the theory of multiple universes --- but comic-book writers immediately saw the creative possibilities. University of Minnesota physics professor (and author of the book "The Physics of Superheroes") James Kakaliospays a visit to Source Comics & Gamesin St. Paul. He explains that the comic book multiverse started in 1962, when "the Flash from the 1960s vibrates over to a parallel Earth and has an adventure with the Flash from the 1940s." From there, comic book writers realized they'd never have to throw out a storyline or costume again. There could be a universe where Peter Parker is Spider-Man, and another universe where his girlfriend Gwen Stacey was bitten by that radioactive spider. Or there could be a universe where Bruce Wayne is killed instead of his parents, inspiring his father Thomas Wayne to become Batman.

The two big comic book companies take different approaches to the multiverse, mirroring opposing theories in theoretical physics. "DC Comics is related to quantum mechanics and parallel earths existing simultaneously," Kakaliaos says. But Marvel goes by "the inflationary model," where the universe stretches out to infinity and every one of us is likely to be born again in an endless variety of ways. Kakalios says he's not sure if comic books are responsible for pulling these far-out ideas into mainstream pop culture. "I'm sure that there's somewhere on another earth, another professor James Kakalios who does have a better understanding of that. But that guy's not answering my calls."