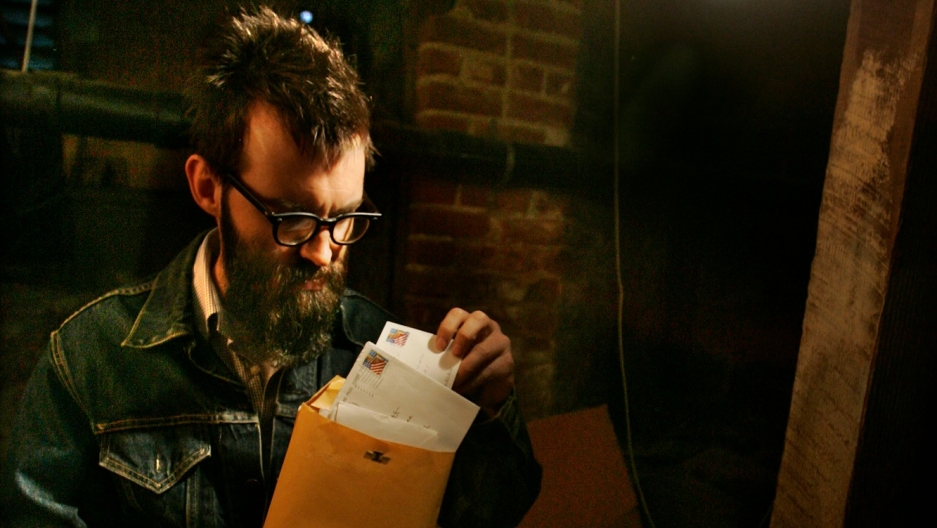 Mark Oliver Everett(AKA "E") is best known as the singer, songwriter, and driving force behind the indie rock band Eels. His songs can be poppy, but there's always a hint of sadness in there --- sometimes more than a hint.

A lesser-known biographical detail about Mark: his father, Hugh Everett III, proposed the "many worlds" interpretation of quantum mechanics. Everett's work raised the possibility that multiple realities could exist simultaneously, with multiple versions of us in them. It was an out-there idea when Everett first proposed it in 1957, but over the years it has gained adherents, among physicists and Hollywood screenwriters alike.

Mark himself didn't know about his family legacy for many years. "I grew up having no idea that was my father's thing," he says, "but enjoying lots of "Star Trek"and "Twilight Zone"episodes and countless movies that were all inspired by it."

Hugh Everett III died when his son was 19. But, years later, Mark was invited to participate in a "Nova" documentary called "Parallel Worlds, Parallel Lives."He calls making the documentary and learning the details of his father's work "the single most rewarding experience of my life in many ways."