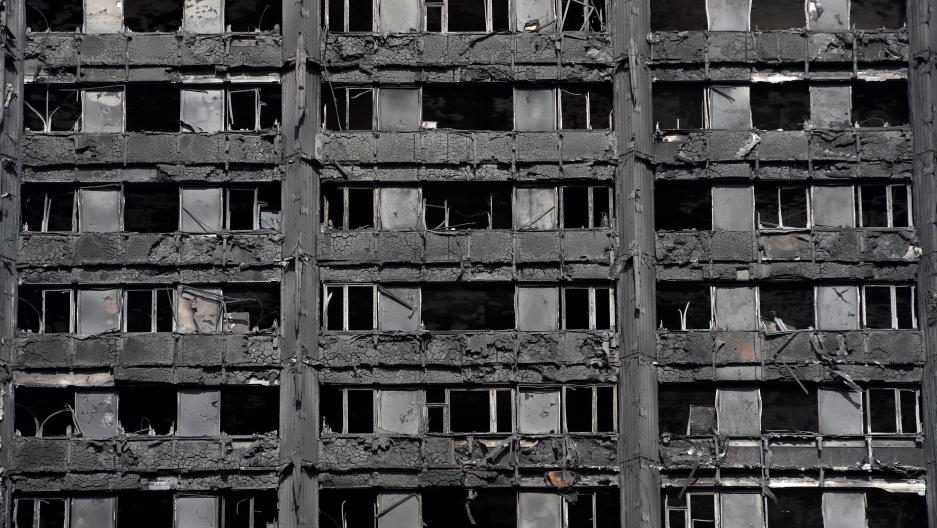 Extensive damage is seen to the Grenfell Tower block which was destroyed in a fire disaster, in north Kensington, West London.

Investigators are trying to get to the bottom of the fire that consumed a 24-story tower block in West London. British Prime Minister Theresa May is promising a full public inquiry into the tragedy.

But Financial Times' architecture critic, Edwin Heathcote, has already identified one cause: He says "prettification" was at least partly to blame.

Grenfell Tower is a typical concrete, public housing high rise. In the 1960s and ’70s, local housing authorities erected thousands of them all over the UK. And although some of these buildings were cheaply constructed, Heathcote says Grenfell Tower was actually built to be pretty safe.

"It was a concrete frame with concrete columns on the outside, so there wasn't anything inherently badly built about it," he says.

But then the neighborhood around the building began to change. Today, it's surrounded by multimillion-pound luxury apartments. And the concrete Brutalist building was considered an eyesore.

The housing authority that owns Grenfell Tower decided to embark on a 8.6 million pound refurbishment. Part of that project involved wrapping the building in an aluminum cladding so that it would blend in better with the luxury towers nearby.

Experts say it was that cladding that turned the building into a tinder box on Wednesday. 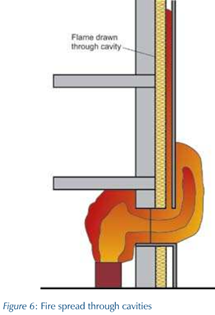 This diagram shows how the flame was drawn up through the cavity between the building and the aluminium panel, creating a chimney effect.

"The aluminium composite panels are only very thin sheets of aluminium foil on the outside [of the building]. But there's usually a gap between the wall of the existing building and the cladding panel," says Heathcote. The flame gets drawn up through the gap, causing a chimney effect.

The fire jumped from the fourth floor to the 24th in just 15 minutes. One eyewitness told London Channel 4 News that the cladding "just caught up like a matchstick.”

"There are something like 4,000 of these social housing blocks still in the UK. And a lot of them are being gentrified."

Cladding, Heathcote points out, "is a typical response to gentrification." It attempts to "improve" a building's appearance to make it more marketable to private investors, while ignoring structural deficiencies. If Grenfell Tower hadn't been "prettified," it might still be standing today.