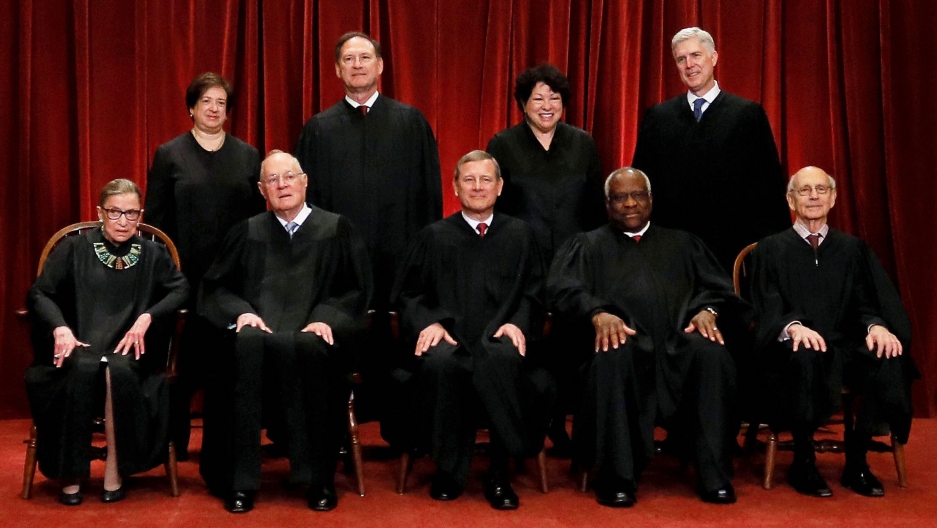 Members of the nation’s highest court are as wealthy as ever.

At least six — and possibly all nine — Supreme Court justices are millionaires, according to a Center for Public Integrity analysis of new personal financial disclosures released Thursday.

Associate Justice Stephen Breyer leads all justices with a minimum reportable net worth of $6.15 million in 2016 — almost unchanged from the year before. Breyer’s portfolio as of Dec. 31 could, however, be worth more than $16 million.

Authorship padded Breyer’s income: He reported $45,000 in royalties from Penguin Random House, which last year released the paperback edition of his book, “The Court and the World.”

Chief Justice John Roberts is similarly wealthy, with a minimum reportable net worth of more than $5 million — and a maximum of nearly $11 million.

Mutual funds and education savings plans comprise the bulk of Roberts’ assets, which appear to have grown from 2015, when his minimum reportable assets were valued at about $4.24 million, to 2016.

Roberts furthermore owns part of a cottage in Limerick, Ireland, worth up to $50,000.

Associate Justices Ruth Bader Ginsburg, Samuel Alito, Sonia Sotomayor and Elena Kagan are also members of the seven-figures club. Sotomayor saw her minimum net worth jump from about $1 million in 2015 to more than $1.5 million in 2016.

Only Associate Justices Anthony Kennedy and Clarence Thomas, who both reported a minimum net worth just south of $600,000, aren’t guaranteed millionaires. (Their maximum net worth is more than $1 million.)

Assets on the disclosure forms, which justices file annually, are reported in broad ranges. This makes it impossible to say precisely how much each justice is worth. Justices are also exempt from disclosing the value of their homes, making a precise calculation even more difficult.

Justice Neil Gorsuch, a nominee of President Donald Trump who joined the high court in April after previously serving as a federal appellate judge, has not yet filed a 2016 personal financial disclosure, having received an extension, Supreme Court spokeswoman Kathy Arberg confirmed.

Gorsuch’s 2015 personal financial disclosure indicated his investment portfolio was worth at least $3.1 million and as much as $7.2 million.

Breyer proved to be the most jet-setting Supreme Court justice of 2016, reporting 19 separate trips during which some entity — Harvard Law School, the American Psychiatric Association and the Pritzker Foundation, for three — paid for at least some of his travel or accommodations. Several of the events involved Breyer’s book, and four events took him to France, Spain or the United Kingdom.

Ginsburg — at 84, the oldest member of the court — is nevertheless a notorious traveler herself, making 12 paid trips in 2016, including three in Europe.

One took her to Loyola University Chicago, which in September hosted a “Tribute to Justice Scalia program.” Although Ginsberg and the late Justice Antonin Scalia were ideological foils — he a rock-ribbed conservative, she an unabashed liberal — the two also were best of friends, reveling in a shared love of opera, travel and general socializing.

Most of Alito’s reimbursable travel appears to involve teaching stints, according to his disclosure.

None of the justices are required to disclose the value of their trips. That’s no matter for Roberts, who reported no paid trips at all.