"Together like garden snakes, they contorted, moaned, gasped, clenched and throbbed."

Harvey Aronson, Stan Green and Tony Insolia on how the book was adapted into a movie. 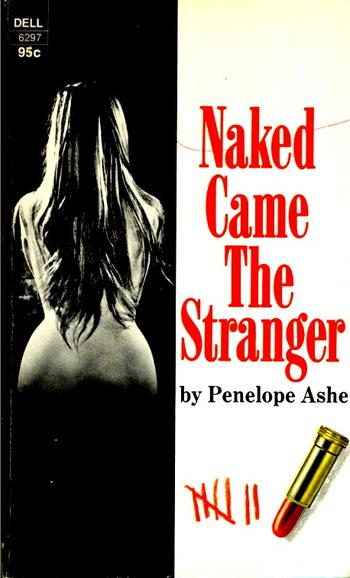 The front cover of the paperback edition
(Dell) 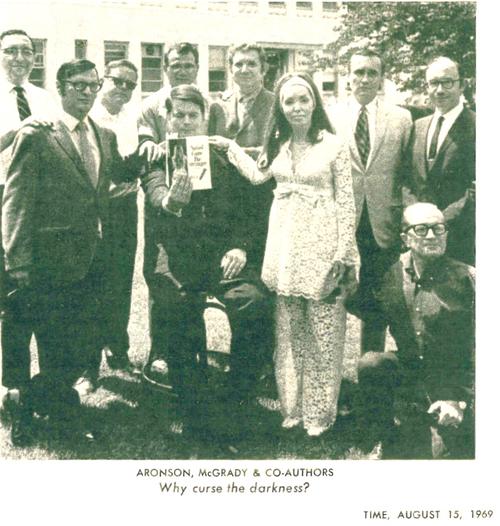 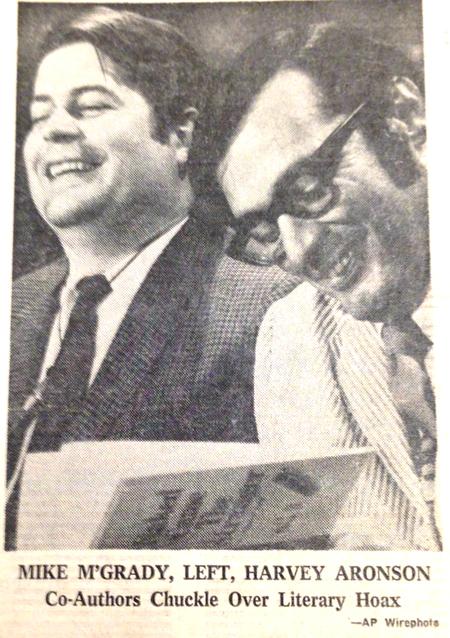 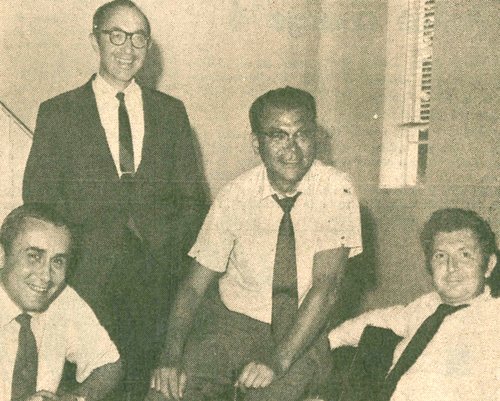 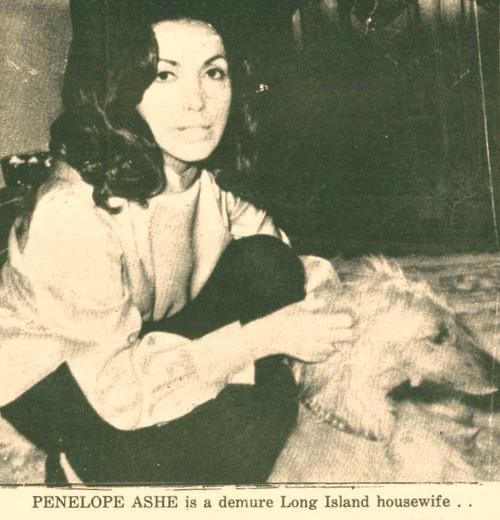 The photo of Billie Young (and her Russian wolfhound) that was used on the book jacket
(Lyle Stuart, Inc.) 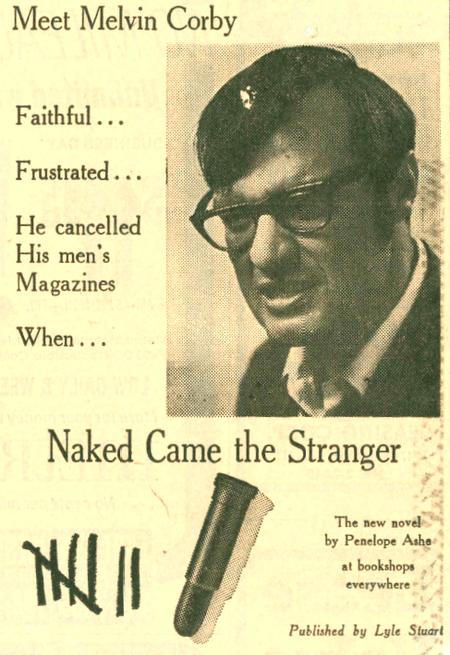 A newspaper ad for "Naked Came the Stranger," with co-writer/editor Harvey Aronson posing as one of the characters
(Lyle Stuart, Inc.) 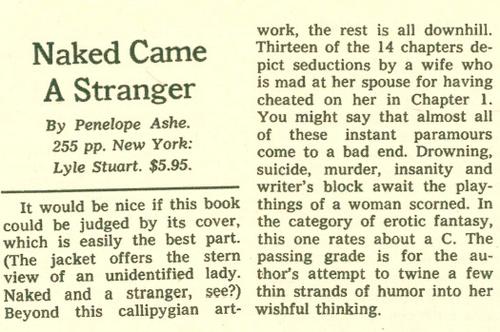 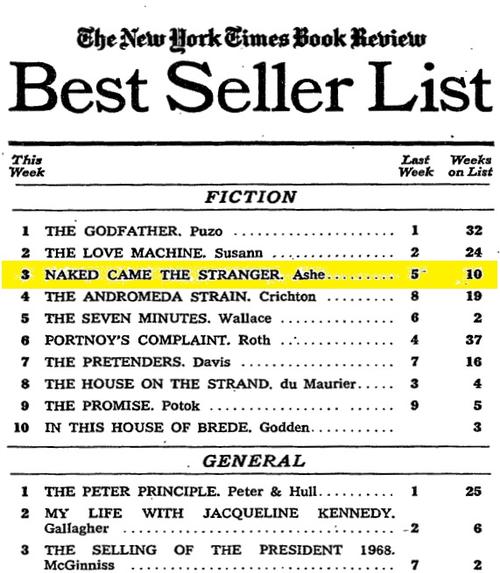