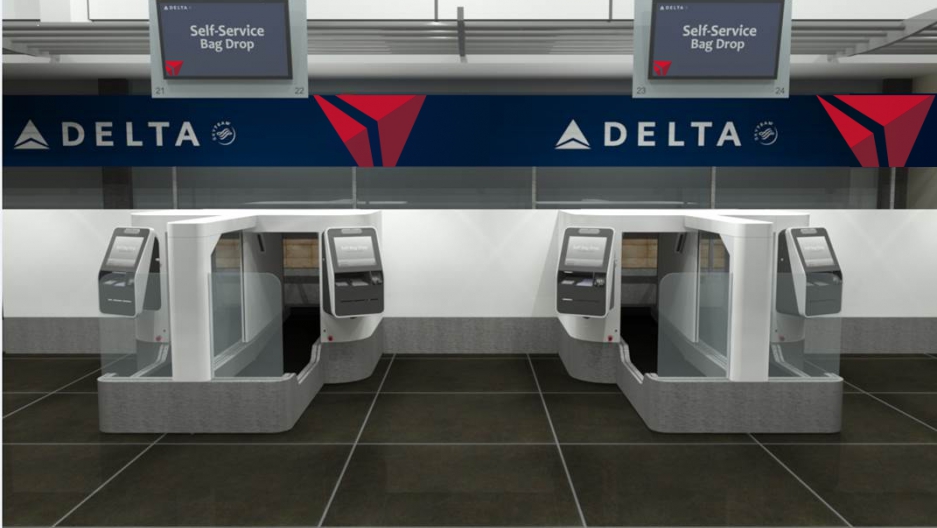 Delta Airlines plans to install bag-check kiosks — including one that has facial-recognition technology — allowing passengers to skip the line for an agent.

With stories of unhappy air travelers blanketing social media in recent months, one major airline is trying something new.

Delta Air Lines plans to install special bag-check kiosks at Minneapolis-St. Paul International Airport, giving customers the chance to skip waiting in line for an agent. One of the new kiosks will include facial-recognition technology, using a camera to confirm passengers’ faces against their passport photos.

Delta says the kiosks will save passengers time while freeing up agents to help out in other ways. In a statement to Engadget about the new kiosks, a Delta spokesperson confirmed that traveler images won’t be stored after use and that the airline will comply with all privacy laws.

“I think everybody wants to save time in the travel process,” says Jennifer Lynch, a senior staff attorney at the Electronic Frontier Foundation. “It appears to be a system that just takes a picture of you one time and compares that picture against your passport ... so that's a pretty good use of face recognition as a verification process.”

But for Lynch, the technology raises concerns about passenger privacy in the future.

“We've seen a lot of private companies that are interested in face recognition recently — both for verification purposes, like Delta, and for real-time identification, like retail stores and sports stadiums,” she says. And if these private companies ever decide to change their terms of service and begin saving images, she warns, the technology could yield valuable information.

“The data that accompanies these face scans — like where you were on a given date and time — could be aggregated and sold to banks and insurance companies and used to determine your creditworthiness or your insurance risk,” she says. “And it could also be shared with law enforcement.”

Recently, Customs and Border Protection said it wants to expand its use of facial recognition at airports — including on US citizens. “That’s from security to airport lounges to the boarding gates,” Lynch says.

When that happens, Customs and Border Protection will likely need help gathering all that traveler info, Lynch says. “It's going to need to rely on private partners like Delta and the airlines to get this kind of data.”

And, “one thing we do know is that data is never collected in a vacuum,” she says. “Customs and Border Protection will likely share this kind of data — the face recognition data, and where you were on a given date and time — with the FBI and other law enforcement.”

“That could subject innocent people to unnecessary surveillance and potentially even criminal suspicion.”