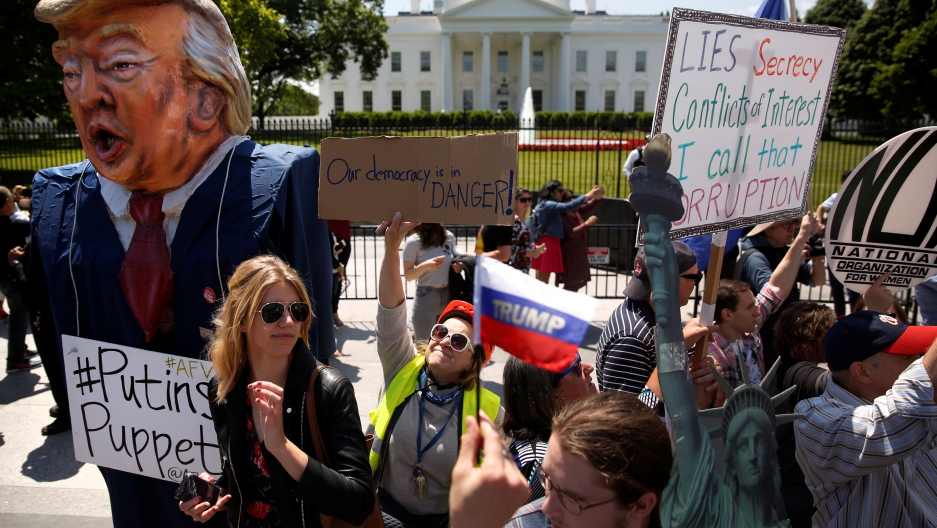 Bars opened early to accommodate watchers and Twitter exploded with commentary as thousands of Americans tuned in to watch former FBI Director James Comey testify before the Senate on Thursday.

President Donald Trump fired Comey, who was leading an investigation into his campaign’s ties to Russia, last month — setting off a flurry of leaked documents and increasing scrutiny of the Trump administration.

But did the revelations make waves in Russia?

“The short answer is no,” said Charles Maynes, a journalist based in Moscow. He says the average Russian probably isn’t paying much attention — the top stories today include a huge protest against corruption being held by the opposition party next week and a meeting of the Shanghai Cooperation Organization happening in Kazakhstan.

But even though the Kremlin and Russian President Vladimir Putin have spent the past several months denying allegations of hacking and communications with Trump officials, Maynes said, “I'm sure they're interested to see what comes out of this.”

Russia’s goals right now, Maynes says, include improving relations with the US as a way to increase their standing in the world. They see talks of Russian hacking and collusion as “some kind of conspiracy plot ... blocking Trump and preventing him from being able to pursue this good relationship with Russia that he says he wants.”

You can listen to the full interview with reporter Charles Maynes above.