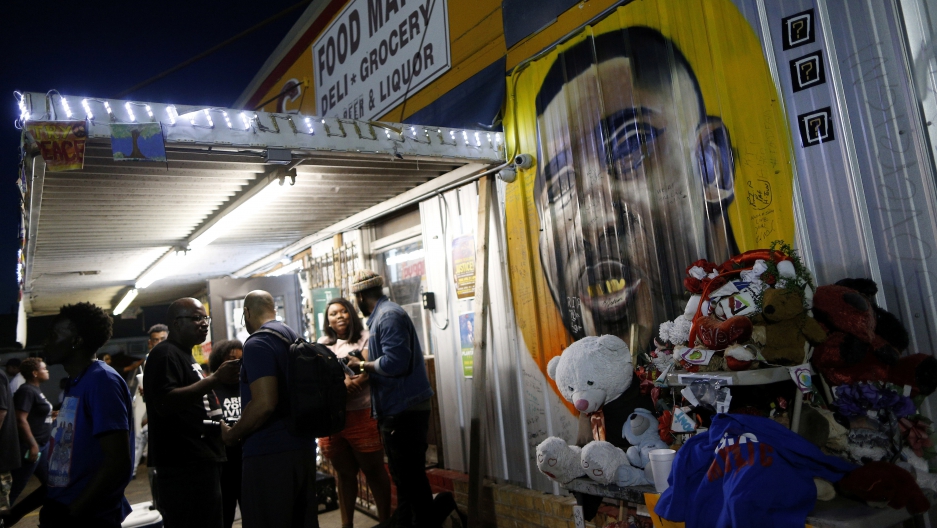 A mural of Alton Sterling is seen as people gather during a vigil at the Triple S Food Mart after the US Justice Department announced they will not charge two police officers in the 2016 fatal shooting of Alton Sterling, in Baton Rouge, Louisiana, May 2, 2017.

Much to my chagrin, my mother loves telling the story, when I was about 4, of when my exasperated Aunt Annie Mae asked me why I talked so much. Apparently, without missing a beat, I shot right back, "Cause I got a lot to say!"

Much to my mother's chagrin, I was a pretty precocious kid, always asking questions. Hard to believe, right? Good training, I guess.

One day I violated my mother's direction to "stay out of grown folk's business," and inquired, "Why do they need a study for THAT?"

I don't rightly recall the "that" I was asking about, but I do recall that these adults were discussing a study that had just been released, revealing yet another reality that black folk confronted almost daily, but apparently big news to all others.

I can vividly remember one of the adults saying to me, "Son, white folk need data."

I guess I sort of understood what he was saying to me at that tender age, but every time I see another study highlighting the drama that black folk have to navigate almost daily, I remember his words: White folk need data.

Well, in case you still didn't know, after all the random stops and officer-involved deaths of black men, women and children caught on tape, police officers are significantly less respectful and consistently ruder toward black motorists than they are toward white drivers.

But, alas, the research has finally been completed by scientists at Stanford University to confirm what we have known for years and have a preponderance of evidence to prove.

Well, here it is. What now?

I'm not naive, but I do look forward to the day when the data won't be so sacrosanct, as if black truthtelling cannot be trusted. I look forward to the day when the decency, dignity and humanity of black lives will be given the same high regard as that of white lives in America. And not just by police officers, but by all fellow citizens to all fellow citizens.