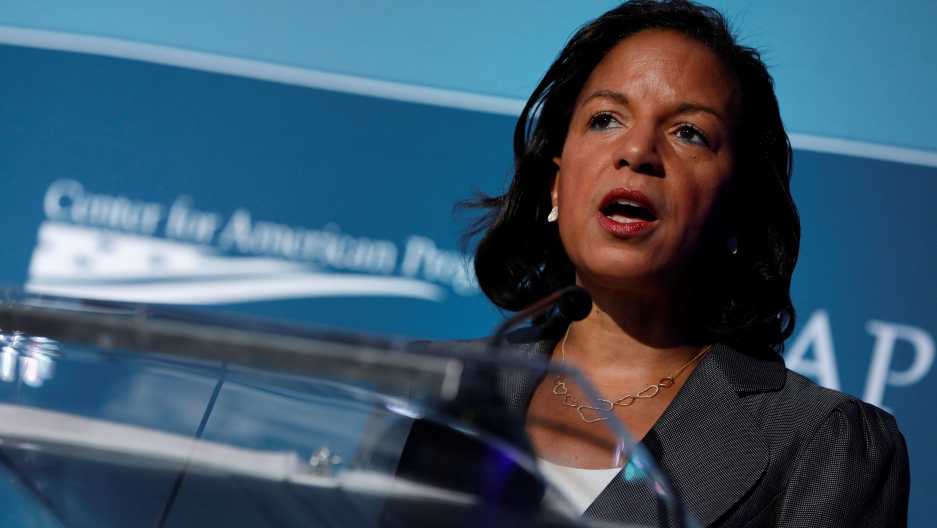 President Donald Trump seems to be doing his best to shake up the world order he inherited from his predecessors.

He's questioned the value of established alliances, and pulled back from international agreements.

Trump's actions have also given a boost to a global trend toward nationalism and populism.

That worries Susan Rice — former National Security Adviser to President Barack Obama. But she says the model of Western democracy hasn't entirely collapsed, at least not yet.

Here's an excerpt from her latest op-ed in The New York Times called "To Be Great, America Must Be Good."

Four and a half months is not long, but President Trump has accomplished an extraordinary amount in a short time. With shocking speed, he has wreaked havoc: hobbling our core alliances, jettisoning American values and abdicating United States leadership of the world. That’s a whole lot of winning — for Russia and China.

This work began promptly on Jan. 23, when the United States withdrew from the Trans-Pacific Partnership, leaving key allies empty-handed, fearful of the strategic benefit that will inevitably accrue to China. Then the secretary of state made plain that American values now take a back seat to security interests, even though those interests are enhanced by our partnerships with democracies that respect human rights and undermined by regimes that repress their citizens. Witness the brutal crackdown on opposition elements in Egypt and Bahrain after President Trump told their leaders that the United States no longer cares how they treat their people.

The president’s budget would slash funding for the United States Agency for International Development and the State Department by nearly 30 percent, rendering our embassies vulnerable to attack and shuttering vital programs that advance our interests.

(Excerpted with permission from The New York Times. Find the full story here.)