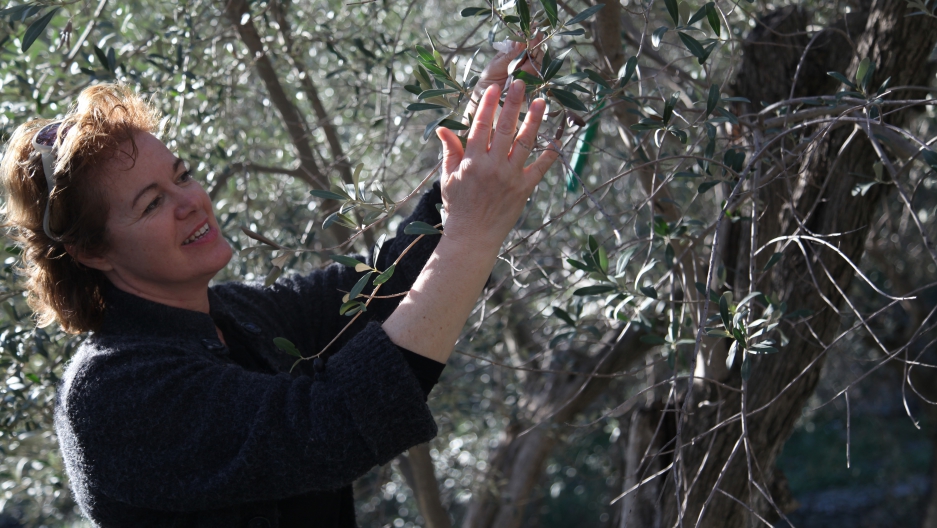 Myrta Kalampoka says investing in her olive trees saved her family from the Greek economic crisis. Now she hopes their olive oil can rescue them from an ongoing drop in tourism to Lesbos.

Greece's economic crisis has been going on for nearly a decade, so it may seem like old news. But for the people who live there, the disaster hasn’t faded — it’s only been compounded by the refugee crisis, with thousands of migrants from the Middle East landing on the shores of Lesbos since 2015.

Since the economic hardship first hit, Myrta Kalampoka had her teacher's salary cut in half, then watched her tourism income plummet. She almost had to sell her family's olive trees. But instead she got creative: Kalampoka left her other jobs and started bottling her own high-end olive oil for export.

Click the audio player to hear the full story.