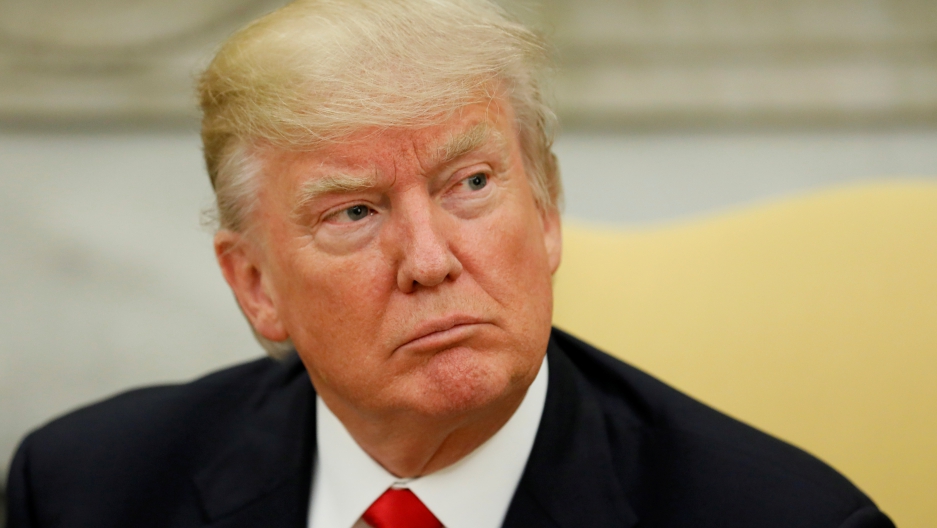 President Donald Trump declared Thursday that the United States will withdraw from the 2015 Paris accord and try to negotiate a new global deal on climate change.

Related: EU, China affirm their commitments to Paris agreements, no matter what the US does

"As of today, the United States will cease all implementation of the non-binding Paris accord and the draconian financial and economic burdens the agreement imposes on our country," Trump said.

Related: Signs point to US backing out of Paris climate agreement, but Trump stays mum

Trump complained that the deal, which was signed under his predecessor President Barack Obama, gives other countries an unfair advantage over US industry and destroys American jobs.

"So we're getting out but we'll start to negotiate and we will see if we can make a deal that's fair. And if we can, that's great. And if we can't, that's fine," he said.

Opponents of withdrawal — said to include Trump's own daughter Ivanka — have warned that America's reputation and its leadership role on the world stage are also at stake, as well as the environment.

Nicaragua and Syria are the only countries not party to the Paris accord, the former seeing it as not ambitious enough and the latter being racked by a brutal civil war.

Read more: What would the US leaving the Paris climate deal look like?