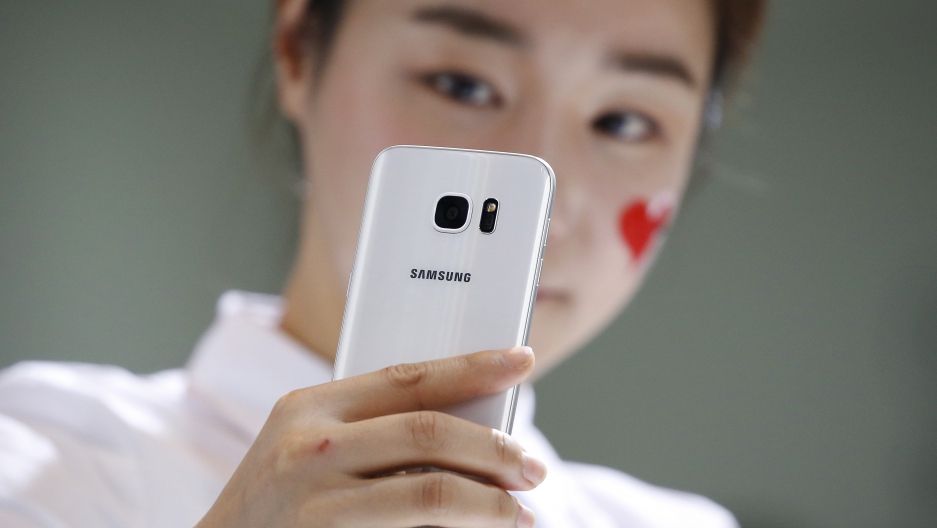 South Korea’s youth jobless rate of about 11 percent may not seem that high to many across the world. In fact, the global youth unemployment rate was 13.6 percent in 2016.

But in South Korea, it’s a near record.

The problem is a lack of jobs for young college graduates. About two-thirds of Koreans in their 20s and 30s hold university degrees, but that doesn’t guarantee them the most coveted positions at companies like Samsung.

The desire for the alternative stable job is causing many young Koreans to take the civil service exam. Public sector jobs in South Korea are known as the “iron rice bowl” because even when the economy isn’t good, the government still hires and employees are basically guaranteed work for life.

The country’s new president, Moon Jae-in — who was elected on a promise of less corruption and more jobs — has vowed to create even more of these public sector positions.

Lee Seung-hoon, 23, says the stability of a civil service job is increasingly attractive to him. He’s taking a year off from college where he’s pursuing an engineering degree, to study at a cram school in Seoul.

“Parents push us to go to college so we can get good jobs,” Lee says. “Our own passions don’t matter.”

Jasper Kim, a professor in the Graduate School of International Studies at Seoul’s Ewha Womans University, says that most parents have a narrow definition of what’s considered the "right kind" of a job.

“The right job is a government job or working for one of these large conglomerates,” Kim says. Korean parents, he says, “put all their economic and emotional resources” into ensuring that their sons and daughters get these positions.

“Korea is suffering from basically too much education," says Kim. "There’s a class of young kids who have too many degrees [and have] spent too much time in schools, and it’s triggered very high expectations — an irrational exuberance of expectations in terms of what type of jobs to expect after graduation."

It’s statistically impossible for all these well-educated people in their 20s to land positions at Samsung or Hyundai, Kim adds, but plenty of small- and medium-sized enterprises (SMEs) are hiring — however, most university graduates don’t want to work for these companies.

Given these prospects, though, some young Koreans are starting to give smaller companies a second look.

At a recent job fair in the city of Goyang, about 50 small firms were offering positions on the spot to qualified graduates. 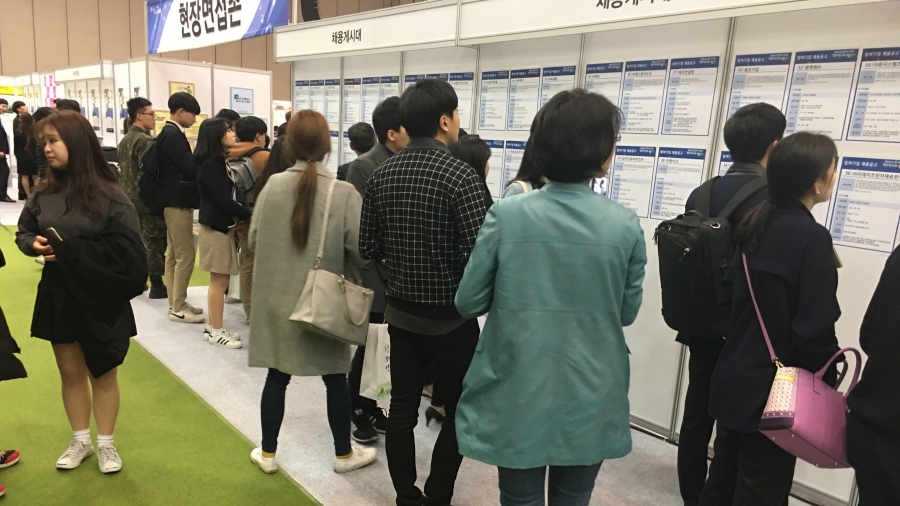 Young South Koreans check out job listings from small- and medium-sized firms at a jobs fair in Goyang. The government is considering offering subsidies to make these jobs more attractive to younger applicants.

Choi Kang-min, who graduated this year with a degree in automotive engineering, came in a suit and tie, ready for an interview. But he’s apprehensive. He says he’s only heard negative things about working for small firms.

“I have a friend who works at a small company, and he’s always working overtime,” Choi says. “That sounds really bad to me.”

“Yes, some [of these] companies do abuse their employees, but not all,” says Heo, who is looking to fill four positions at the job fair. “I wish job seekers could be more open to working for firms like ours.”

“My professor says if you work for a conglomerate you’ll earn in one year, what it would take 10 years to make at a small company,” she says.