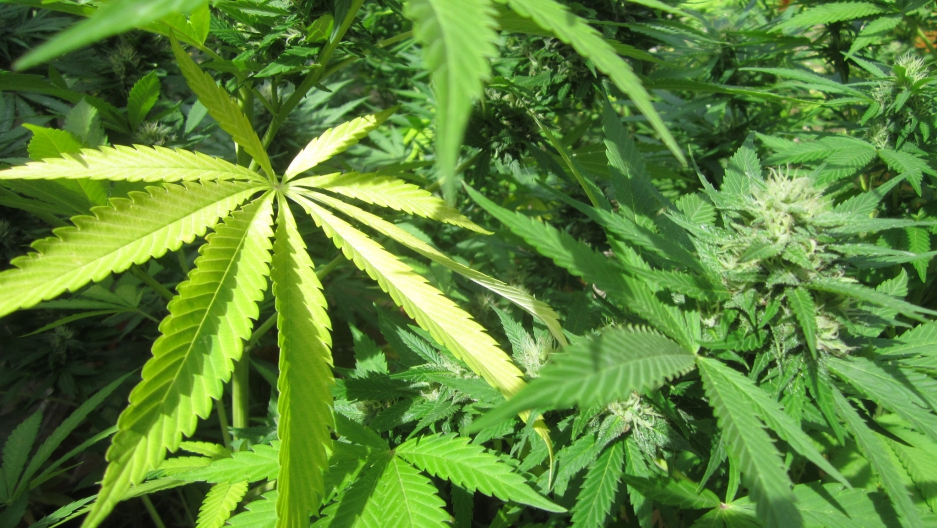 Researchers have found a drug that reverses the effects of brain aging in mice — marijuana.

In the study, published in Nature Medicine, German and Israeli researchers tested the memory and cognition of 2-month-old “young” mice, 12-month-old “mature” mice and 18-month-old “old” mice after exposing them to low doses of THC (the main psychoactive component in marijuana) over a monthlong period.

The young mice that had been given THC performed worse on cognitive tests — consistent with studies of human marijuana users under the age of 16, says Harvard psychiatrist Staci Gruber, who was not involved in the research. “That’s because the brain is still absolutely, positively immature,” she says.

But the mature and old mice treated with THC performed better on cognitive and memory tests than their untreated counterparts. Their brains also underwent physical changes in both synaptic connections and gene expression, making them look more like the brains of younger animals.

“So, a little bit of THC to the young mice made them perform significantly worse,” Gruber says. “That is, they looked like old mice who hadn’t been treated, while the mature and old mice who were treated with THC looked like the young, untreated mice.”

In the study, researchers suggest that prolonged low-dose treatment with THC or other cannabinoids could be one way to treat cognitive decline in the elderly.

“We’ll have to see how that plays out in humans, but it’s certainly promising,” says Gruber, who directs programs investigating marijuana and the brain for the Harvard-affiliated McLean Hospital.

In fact, her own current research on medical marijuana users indicates there may be a cognitive improvement after just three months of marijuana use. “We follow them for two years, but the first set of data comes after only three months, [and] they look like they’re performing better,” she says.

Now, according to Gruber, the best-case scenario would be to replicate the study with human clinical trials. In the United States, such research would face challenges, like federal regulations limiting the use of marijuana in research. There are also ethical considerations about the age of study participants.

“Currently, there’s only really one source from which you can obtain product to administer to human subjects,” she says. ”And we certainly wouldn’t ever be in a position to be able to administer products like that to, let’s say, our youngest consumers, our adolescents. That’s probably not going to happen, for all sorts of ethical reasons.”

But in a research landscape where THC is often thought to dull cognition, studying its effects on adults could shift perceptions — and potentially lead to new uses for medical marijuana.

“Typically, what we see in the THC-related literature, or studies of recreational marijuana, really have been reports that THC is detrimental to the brain,” Gruber says. “But again, mostly those studies focus on individuals who are young.”

“We don’t necessarily know about the impact on older folks. And when you’re beyond the level, or beyond the period of vulnerability, could it potentially be facilitative? We don’t know.”