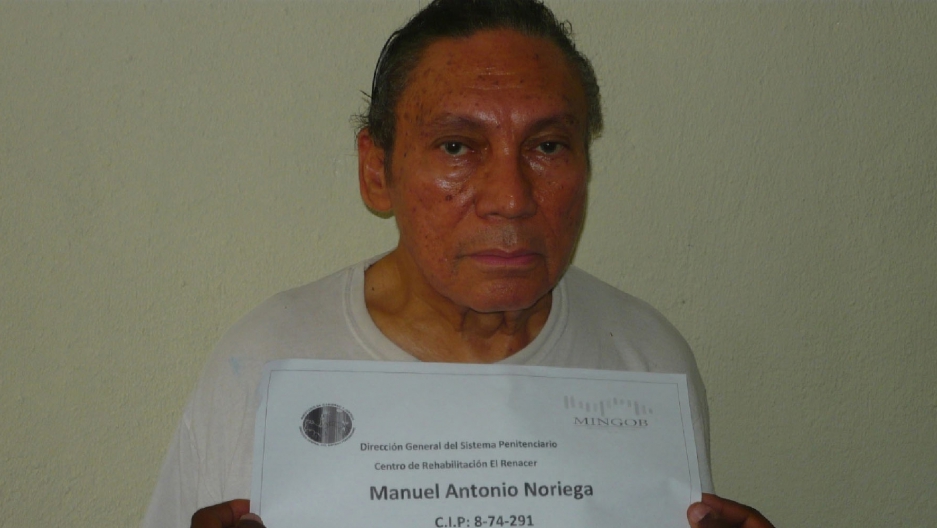 Manuel Noriega, Panama's former dictator, when he was 77 in December 2011.

Former Panamanian dictator Manuel Antonio Noriega, who was on the CIA payroll, ousted from power by US soldiers in 1989, and spent years in prison for drug trafficking and money laundering, has died. He was 83.

Noriega died in Panama City's public Santo Tomás hospital where he had been recovering from surgery in early March to remove a brain tumor, and a subsequent operation to clean up cerebral bleeding.

President Juan Carlos Varela wrote on Twitter that Noriega's death "closed a chapter in our history."

He said the ex-strongman's family "deserved to bury him in peace."

Noriega had been serving lengthy prison sentences in Panama for murder and forced disappearances during his 1983-1989 dictatorship.

The ex-general had been granted temporary release on Feb. 28 from his prison overlooking the Panama Canal to undergo surgery.

Following years of ill-health that included respiratory problems, prostate cancer and depression, Noriega's family pleaded with the authorities to let him to serve the rest of his sentence under house arrest.

But the government rejected their appeals, and said Noriega would return to prison once he recovered from the brain tumor surgery.

From CIA agent to US pariah

Born in 1934 to a poor family, Noriega entered Panama's military at a young age and rose through the ranks to become de facto ruler of a country that hosts the strategic Panama Canal.

The 40-mile US-built canal, inaugurated in 1914, cuts through Panama. However a 10-mile wide area surrounding the canal, known as the Panama Canal Zone, was considered unincorporated US territory until the canal was handed over to Panama in December 1999.

"I knew Noriega when I was a lieutenant and he was a second lieutenant," said a former National Guard general Ruben Dario Paredes, a Noriega critic.

He was "very attentive and normal, correct, disciplined, and decent — but when that man reached the rank of general he was definitely someone else. Power disfigured him, corrupted him," Paredes told AFP.

Noriega was reportedly recruited onto the CIA payroll in 1967, the year before he took part in a 1968 coup against then-President Arnulfo Arias.

Noriega supported one of the coup leaders, General Omar Torrijos, who promoted him to head the feared G-2 military intelligence unit.

During his ascent and time in power Noriega juggled work for the CIA along with relationships with Colombian drug lord Pablo Escobar, Cuba's Fidel Castro and other foreign intelligence services.

But his increasingly brutal rule and his close ties with the drug trade led the United States to seek his ouster.

In his final years in office Noriega held rousing anti-American rallies, often wielding a machete, as he simultaneously cracked down on opposition to his rule.

Noriega was toppled in a December 1989 US military invasion, the largest US military operation since the Vietnam war. He and surrendered to US troops in January 1990.

The former strongman was flown to the United States where a US court convicted him on drug trafficking and money laundering charges, and sentenced him to prison.

In 2010 Noriega was sent to France, where he was convicted on money laundering charges, then extradited to Panama the following year, where he had been sentenced in absentia to prison for political murders and his role in killing soldiers attempting a coup against him.

Noriega returned home as a wheelchair-bound broken man suffering from a series of ailments.

In 2015 Noriega issued a blanket apology "to anybody who felt offended, affected, prejudiced or humiliated by my actions."

He likely went to the grave without divulging many secrets built up over a lifetime of shady dealings.