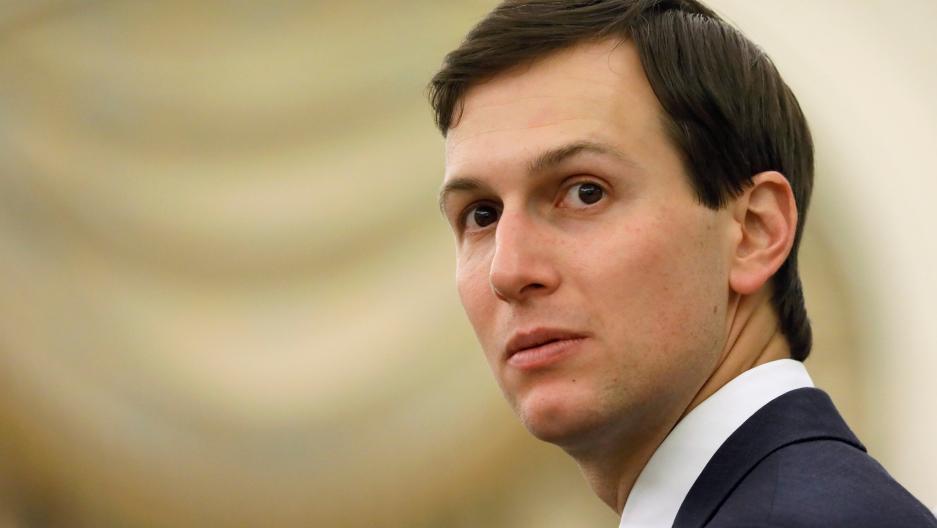 Donald Trump came back from his first overseas presidential trip to yet another political firestorm. This one's focused on his son-in-law and special adviser, Jared Kushner.

Kushner is widely reported to have become a focus of the FBI investigation into alleged ties between the Trump campaign and the Kremlin.

Leaked intercepts of messages from Russian ambassador Sergei Kislyak allegedly state that after the US election in November, Kushner asked if he could set up a secret channel of communication to the Kremlin using secure Russian technology.

President Trump has tweeted that all these recent leaks are just fake news.

But nobody else has denied it. Homeland Security Secretary John Kelly and National Security Adviser H.R. McMaster only say there's nothing wrong with back channels.

So what exactly is a back channel, and when is it appropriate?

“It essentially means creating a channel of communication with another government or with representatives of another government, that is discreet, that doesn’t go through the official channels of diplomatic cables, of using ambassadors and more formal methods of communicating," says Peter Kornbluh, who co-wrote the book "Back Channel To Cuba: the Hidden History of Negotiations between Washington and Havana."

Kornbluh is also a senior analyst at the National Security Archive at George Washington University.

“Presidents have often used it," Kornbluh says, “when they want to keep their contacts and proposals secret from other parts of the bureaucracy in the United States that might not be supportive of the policy initiative, or simply from the issue of leaks — when you need just a small group of people to know what you’re doing in order to safeguard negotiations that are very delicate, but will have extensive rewards if they come to fruition.”

“Every president has used them in one form or another,” explains Kornbluh. “Nixon used them ... for the opening to China. There were back channels with Ho Chi Minh during the Vietnam War. Barack Obama famously used them to arrive at an agreement of engagement with Raul Castro’s government in Cuba. In fact, in the case of Cuba, just about every president since Eisenhower has used back-channel communications because of the delicacy and the political sensitivity of negotiating with the Cubans over the years.”

But Kornbluh adds that back channels have also been abused. “Very famously by people that weren’t in authority to do them. The most famous case of course is Richard Nixon trying to jettison peace talks between the North and South Vietnamese” while he was still a candidate for president, in 1968.

“In the case of Kushner and the incoming Trump administration," says Kornbluh, “what distinguishes them from the other classic cases of back-channel diplomacy is that Donald Trump was not president yet. He was president-elect, and he was clearly trying to set up some ultra-secret channel of communication with the Russians, in the midst of a burgeoning scandal over the Kremlin’s interference in the US elections.”

Kornbluh continues: “The fact that he wasn’t president yet, that he was trying to set-up these secret communications with the Russians, even using Russian facilities … raises a whole set of extremely serious questions which clearly demand answers."

Some observers are more skeptical. Senator Lindsey Graham (R-SC) says the whole story about Kushner could have been planted by the Russians to sow divisions. He wonders why the Russian ambassador would have reported something so sensitive on a line he would likely have known was being monitored by US intelligence.

Kornbluh says that, given everything else the Russians have done, it’s not impossible they might have falsified that particular cable. But he points out there are other records of that meeting between Kushner, Ambassador Kislyak, and the man tapped to be national security adviser, Michael Flynn.

“There’s obviously something going on here,” Kornbluh says, “and I think you’ll note that none of the White House spokespeople who’ve come out this weekend to talk about it have actually denied that this took place.”