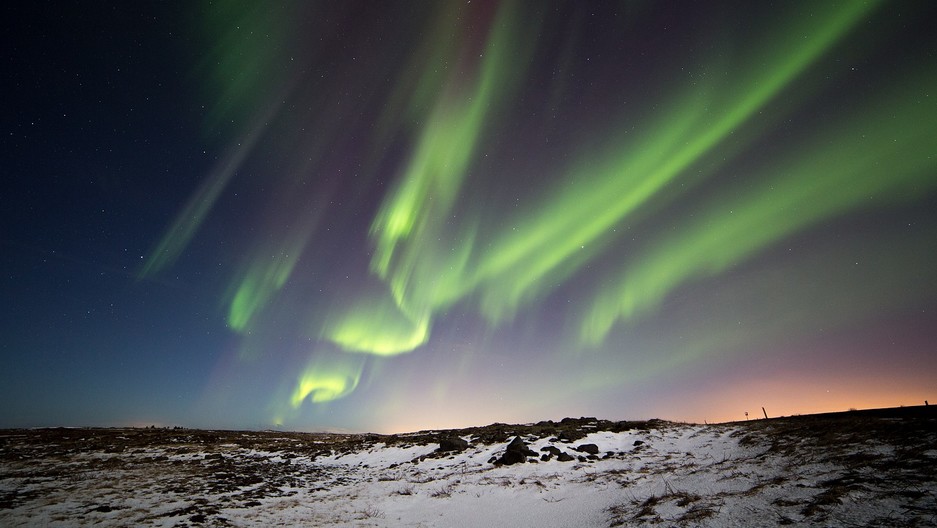 This is an aurora over Iceland.

Stargazers living in upper latitudes occasionally glimpse shimmering splashes of pink, blue and green in the night sky. The phenomenon, known as the aurora, is “a glitter bomb” of charged particles from the sun, says Liz MacDonald, a space plasma physicist at NASA.

The aurora is also notoriously ephemeral and can be difficult to track — which is where citizen science comes in. Recently, a group of aurora chasers in Canada saw something strange in the night sky: a purplish streak occurring further south than most auroras. “And they said, ‘What is this thing?’” MacDonald recalls.

MacDonald founded Aurorasaurus, a project that brings citizen scientists’ observations of the aurora to space weather researchers. Initially, she says, the aurora chasers thought they were seeing another phenomenon known as a proton arc or proton aurora. Then the group — a Facebook community called the Alberta Aurora Chasers — connected with the Aurorasaurus team, as well as researchers at the University of Calgary.

“We had conversations with them about how this is not likely to be what the common name was, which was a proton arc,” MacDonald says. As an Aurorasaurus blog post clarifies, proton arcs appear broad, diffuse and dim in the sky — not the bright streaks that observers were seeing.

So, the aurora chasers gave their weird find a new name: Steve. The name comes from “Over the Hedge,” an animated movie in which the animal characters encounter an object they don’t recognize. “And they go, ‘Oh, let’s just call it Steve,’” MacDonald says.

As it turns out, Steve is far from a one-time spectacle. According to the Aurorasaurus post, Steve has also been spotted in places like the United Kingdom, New Zealand and the northern United States, and there were more than 50 Steve sightings last year alone. “It’s pretty obvious in a DSLR camera,” MacDonald says. (Check out more images of the mysterious Steve here.) 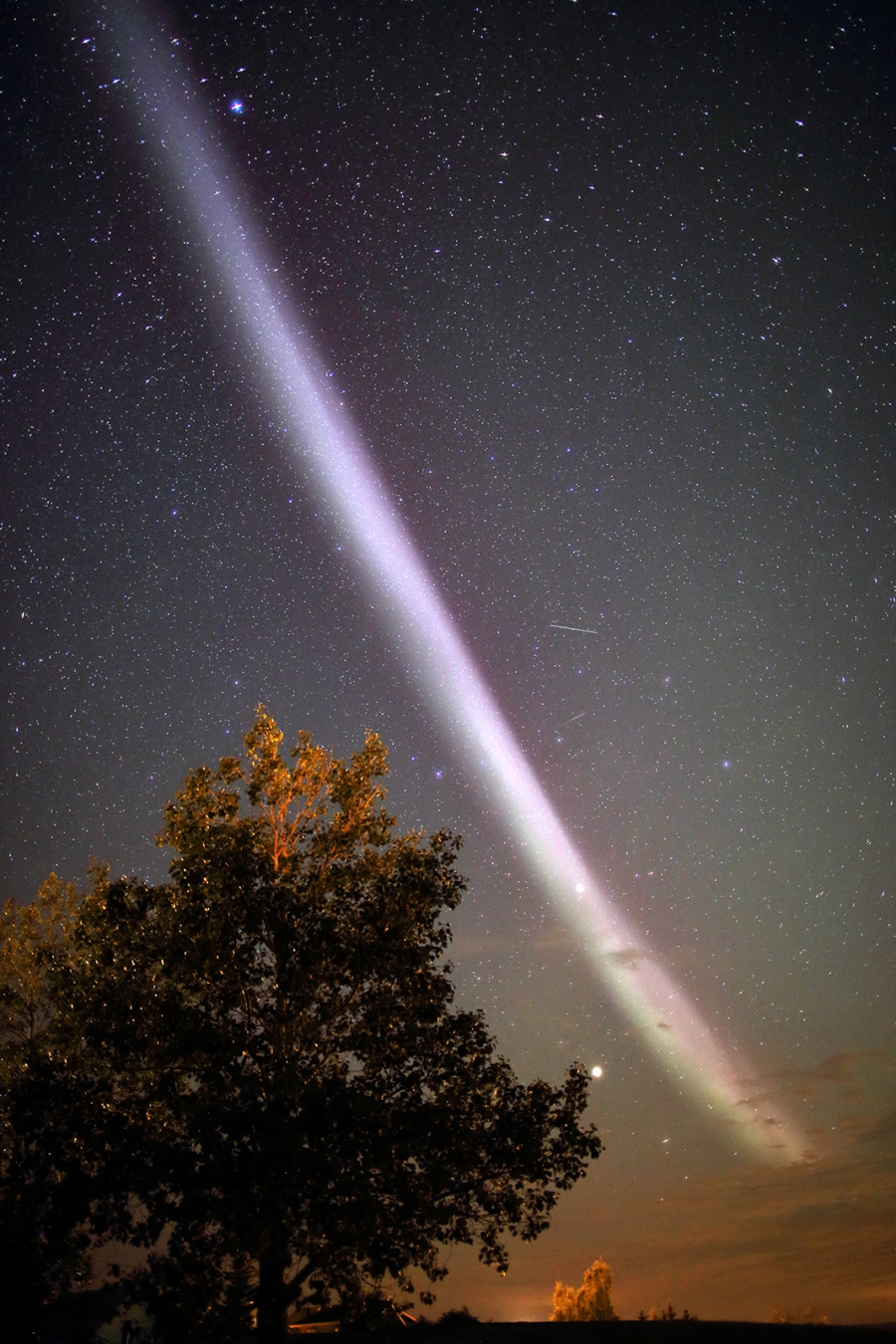 A Steve occurrence in Alberta, Canada, is pictured here.

She thinks scientists largely missed Steve because it tends to pop up outside the scientific community’s network of aurora-seeking cameras. The cameras are “generally further north because that’s generally where the aurora is,” she says.

“So, all this glitter [or charged particles from the sun] is coming towards the Earth’s magnetic field region and streaming past us … and ends up stimulating aurora from regions closer to Earth that are still a long way away, hundreds of thousands of miles, and at these high latitude field lines.”

But she says scientists are still piecing together data from satellites and citizen science observations to figure out what exactly Steve is, and what makes it appear. “It is a long way further south than most of the normal aurora, and it’s probably excited by light.” There are a few possible ways that could be happening, she explains, although none are confirmed.

Meanwhile, as the scientific community puzzles over Steve, the technology to discover more data — and share it with space weather researchers — is at our fingertips, with tools like smartphones and the Aurorasaurus app.

“The sun’s activity actually drives aurora, and it gets more active every 11 years,” she explains. “So, the last few years have been more active. More auroras have been seen at these more southern latitudes, and now people have better cameras, they have smartphones, they have Facebook and Twitter.”

“And so, all of these things together have combined to really help us connect in unique ways and improve our understanding of the system and make a discovery, really — with people’s help — for a much better understanding of this rare kind of aurora.”