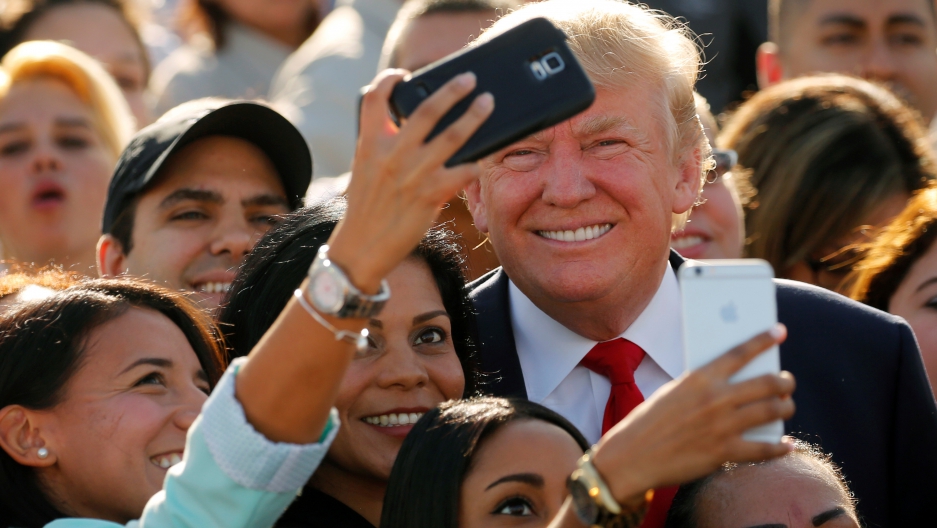 The photos from President Donald Trump's overseas trip have been the gift that keeps on giving.

Take this shot of Trump, his wife Melania and daughter Ivanka standing next to Pope Francis at the Vatican. Trump looks stoked. The pope looks like someone stole his ice cream cone.

I had to add Vigo. pic.twitter.com/nZ3IKWplzT

And now, these have become the images so many people will remember from Trump’s meeting with the pontiff.

Of course, there are other pictures of Trump visiting the Vatican, says John Bredar, the author of "The President’s Photographer: Fifty Years Inside the Oval Office."

“By my reckoning, there are three official White House photographers on this trip," he says. But he adds, “you have to be a pretty avid consumer” to find those official photos.

Why aren’t we seeing more of those images?

Fox news personality Sean Hannity has one theory. In an article on his show's website, Hannity staff write that the media is “cherry-picking” photos of the president in an effort to “drive an anti-Trump narrative."

The article also points out that “there are plenty of photos of the Trump-Pope meeting showing a less dour looking Pontiff.”

And that much is true. Consider these photos from CBS News' Mark Knoller:

As a gift, Pres Trump presented @Pontifex with a 1st-edition boxed-set of the writings of Dr Martin Luther King Jr. The Pope seemed pleased. pic.twitter.com/TXAaKsR5ov

The Hannity article has an entire gallery of cheery-looking photos of the meeting.

Another possibility for why these photos aren't gaining traction is that they're just not interesting or visually arresting.

As opposed to official White House pictures of President Barack Obama, which were often intimate and candid, the photos of Trump are more “formal” and “ceremonial,” says Bredar. We see him from a distance signing a bill, standing at a podium or occasionally giving a thumbs-up. 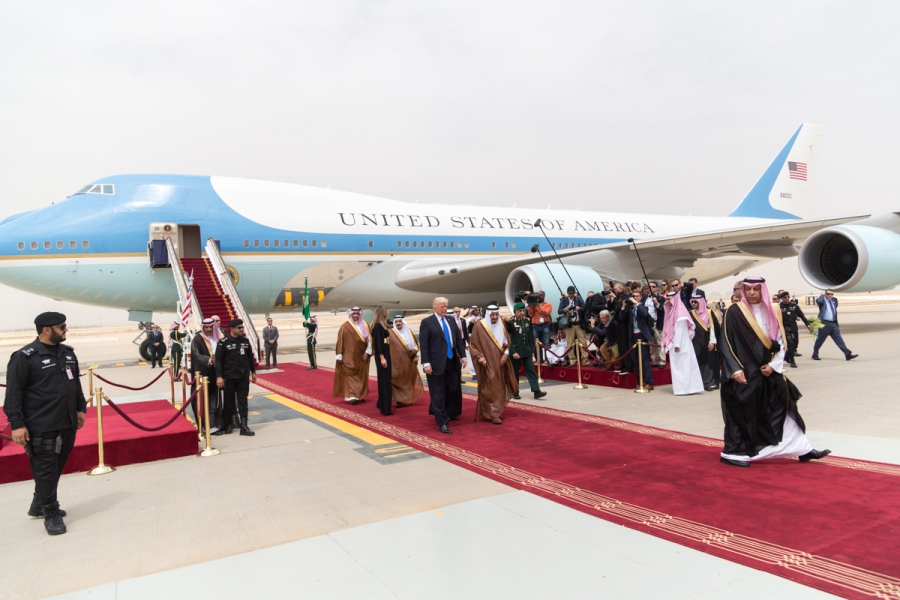 Compare that to this photo of Obama early in his presidency, cradling his daughter Sasha after an event. 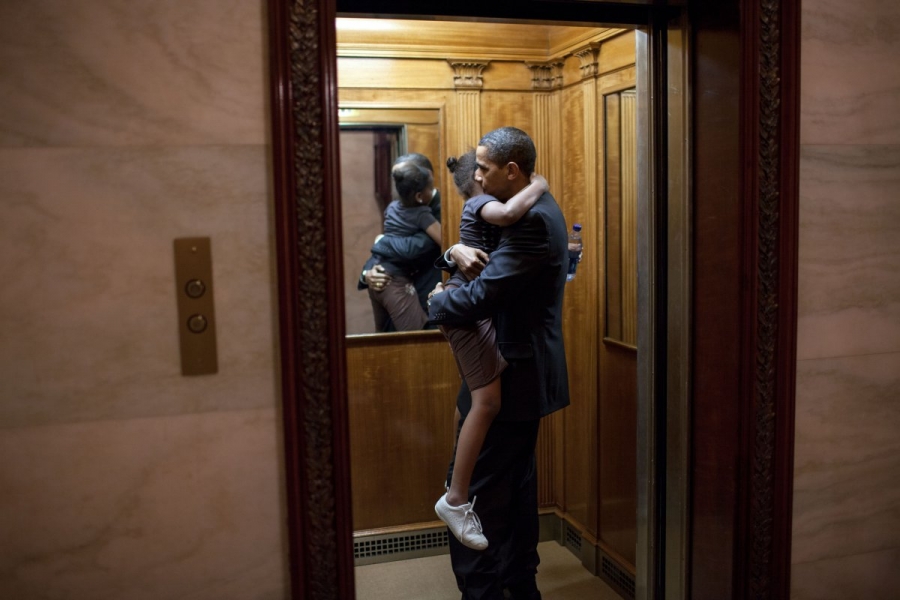 The official photos of Barack Obama, pictured here with his daughter Sasha in the White House elevator in 2009, are often more tender.

The contrast is marked. And it's a little surprising, given Trump's history as a television personality.

“It’s surprising that an administration that is so TV savvy and image savvy has taken what so far feels like a kind of a retro approach," says Bredar. "The type of photography coming out of this White House feels like earlier White Houses where there was a more ceremonial and less behind-the-scenes feel.”

In an excellent essay in The New Yorker, Ian Crouch points out that the Trump administration was burned early on by mishaps with official photos. An Agence France-Presse photo of Kellyanne Conway kneeling on an Oval Office couch as Trump hosted leaders of historically black colleges and universities was widely interpreted as disrespectful of the black community.

Kellyanne Conway checks her phone after taking a photo of President Donald Trump and leaders of black universities, colleges in Oval Office pic.twitter.com/MgVhCoJFuC

And aerial images from The Associated Press showed the crowd at Trump’s inauguration was much smaller than Obama's.

If you want to learn the type of image Trump truly wishes to project, Bredar says, take a look at this photo: 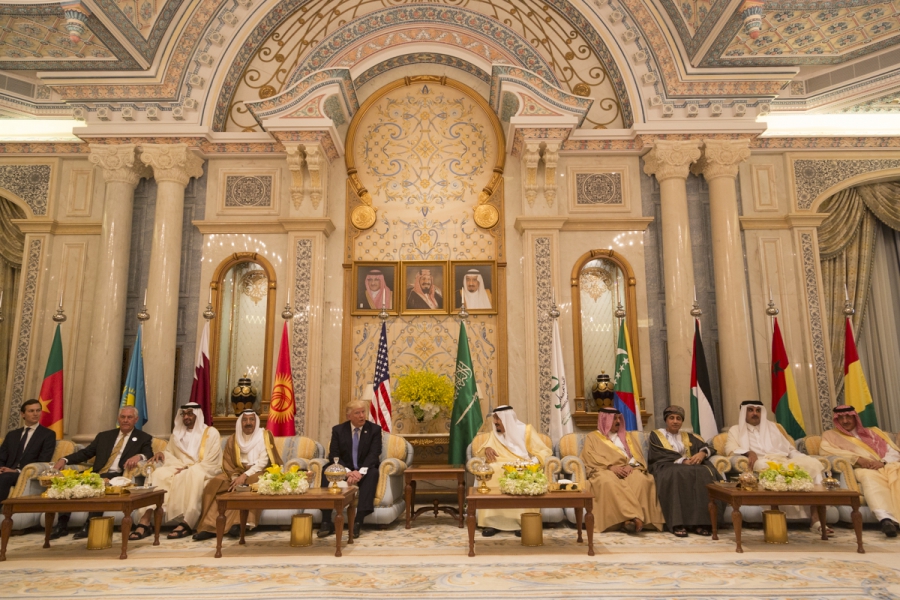 President Donald Trump and King Salman bin Abdulaziz al-Saud of Saudi Arabia attend the meeting of the Leaders of the Cooperation Council for the Arab States of the Gulf Countries, Sunday, May 21, 2017, at the King Abdulaziz Conference Center in Riyadh, Saudi Arabia.

"It’s interesting because this is how the White House wants us to see the presidency right now,” he adds.

But the glowing orb picture is just so much more fun.