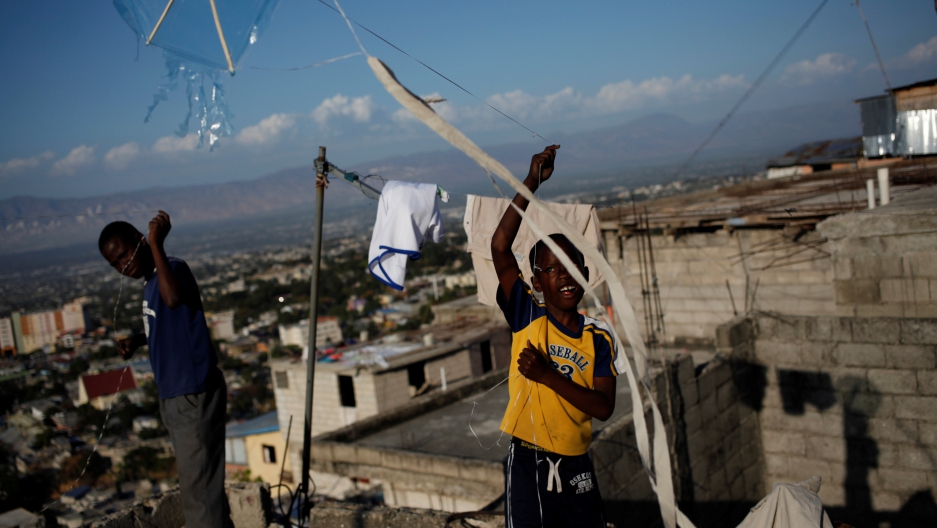 The US Department of Homeland Security cited infrastructure improvements in its announcement to extend temporary protected status for Haitian immigrants for six more months, in preparation for the end of TPS for Haitians.

This week, nearly 60,000 immigrants awaited a Department of Homeland Security decision that would either allow them to stay in the US or end their temporary legal status.

After a period of anxiety, this week DHS announced the status would be extended.

The temporary protected status (TPS) program allows immigrants from countries in crisis to live and work in the US legally. Haitians were initially granted TPS in 2010, when the island was hit by a massive earthquake.

DHS has since renewed Haitians' TPS every 18 months, citing floods and a cholera outbreak back in Haiti. However, this time, in light of President Donald Trump's crackdown on immigration, Haitian TPS holders were worried.

"Each time the times come, you stress, but like this is, like, overstressed," says Elizabeth, a Haitian home health worker in Boston who declined to use her real name. She's lived in the US since the 2010 earthquake hit Haiti while she was vacationing in Florida.

Without TPS, Elizabeth would have to return to Haiti with her two small children, one of whom was born in the States.

Jessica Vaughan with the Center for Immigration Studies, which advocates for lower levels of immigration to the US, thinks the “temporary” in “temporary protected status” is misleading. It’s more permanent, she says — especially in reference to the TPS holders like Elizabeth, with American-born children.

"So many of these people have really settled here, and the government has allowed this status to continue," Vaughan says. "It’s almost like a backdoor legalization or amnesty program because very few people who've ever gotten temporary protected status have ever had to return home."

TPS is offered to people whose home countries are facing emergencies — Liberians after an Ebola outbreak in 2014, Hondurans struck by Hurricane Mitch in 1998, Haitians after the catastrophic earthquake.

The extension is for only six months this time, and DHS' statement says that should give Haitians enough time to plan their return to their country.

Homeland Secretary John Kelly's recent statement reads: “After careful review of the current conditions in Haiti and conversations with the Haitian government, I have decided to extend the designation of Haiti for Temporary Protected Status for a limited period of six-months. ... The Haitian economy continues to recover and grow, and 96 percent of people displaced by the earthquake and living in internally displaced person camps have left those camps. Even more encouraging is that over 98 percent of these camps have closed."

Marjean Perhot, the director of Catholic Charities in Boston, works with Haitians living in the US. She thinks their country needs more time to recover before they go back.

"Seven years is not a very long time to expect a country that had a troublesome infrastructure, to begin with, to be able to rebuild," Perhot says. When DHS' extension came, she wasn't ready to call it a win for her clients.

About 4,000 TPS holders from Liberia, Sierra Leone and Guinea didn't receive any extension this time around. DHS cited the World Health Organization's declaration that the West African Nations are Ebola-free. These former TPS holders might be the largest group to lose TPS since the program started in the late 1990s.

"I do sympathize with them because they now have to make different plans," CIS's Vaughan says, "but I think that they should make the best of it. ... And if they've been working here in the United States, they've been able to acquire skills that they can use to find employment in their home country."

Elizabeth, the TPS holder from Haiti, has learned new skills here — she was an accountant before, but now works as a home health aide. Still, the thought of going back to Haiti with her two kids at this point gives her anxiety.

"I don't even want to think about it right now because that's pretty stressful," she says.

But it’s something she will have to think about if her permission to stay runs out in six months.